When I think about content curation, the word “curling” has a special meaning to me, but I’ll come back to that in a bit.

These days, curation — especially in the digital realm — is becoming one of those “it” terms to throw around if you want to be on-point talking about solutions to deal with content abundance. But does anyone know what it really means? Recently, I’ve heard a few fantastic metaphors that attempt to explain the concept of curation to those still unsure, such as:

“Curation is the new search.”

Or, if you’re looking to be more dramatic, curators are those who engage in “CSI-style forensic analysis in real time.”

And then there’s my favorite example from our very own Leslie Bradshaw: “Curators are the DJ’s of the web.”

When I think of curating, I think of curling. Back in 2010 when I was managing NBC’s Olympic Twitter Tracker for the Vancouver Winter Games, my team of 30 curators were what we called “the human overlay” of an extensive algorithm-based search system pulling from Twitter’s API. In essence, these curators worked 20 hours a day throughout the Games, culling through thousands of tweets per minute to identify and publish content that truly told the Olympic story from a variety of different perspectives, whether it be with Shaun White’s first tweet after winning the Gold, or a first-time Olympic viewer’s awe-struck tweet while watching the Opening Ceremonies.

As the Games went on, our teams quickly learned, as Rick Segal so accurately puts it, in his article Curation is More Than Integration, “the great curator, like the great raconteur, is always two or three stories or anecdotes ahead of the rest of the table,” especially when it came to America’s unpredicted love of the slow sport of curling. 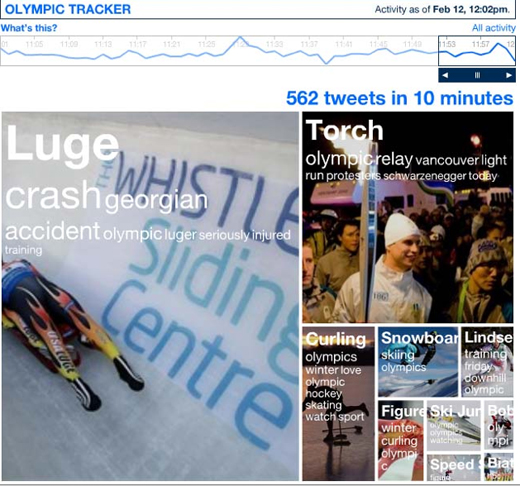 Perhaps it was due to Norway’s clown-like curling uniforms, or the fact that on Wall Street, it was the only Olympic event that was aired after the market closed. Whatever the reason, the appearance and proliferation of tweets about curling irons began to take over the search platform as our country’s affair with the sport deepened and the algorithmic filters couldn’t decipher between tweets about the sport and irrelevant hair tips. As a result, our curation team had to adapt quickly, redefine the search terms, narrow down the stream, and sharpen our eyes. Something only humans could do. 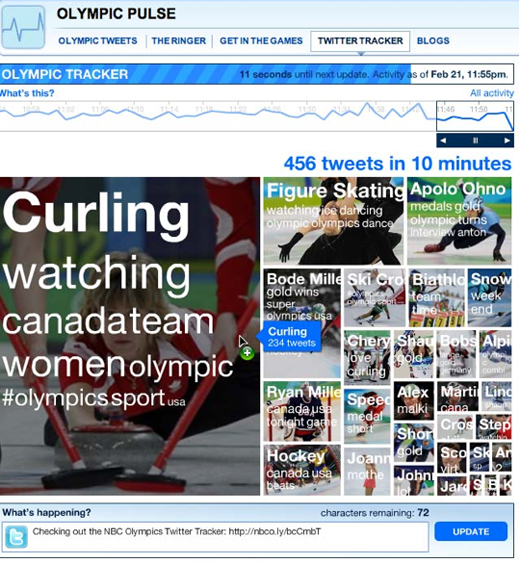 Whatever definition one would like to use when thinking of curation, one common-known fact is this: it’s an incredibly valuable and relevant tool that should be used in the majority of digital strategies and communications being employed today. It’s also showing itself everywhere (like Google News and it’s new Editor’s Pick section , which is publisher-curated).

Ultimately, there’s so much left to refine and understand about curation and I’m excited to stay tuned-in to this topic and report back as JESS3’s official “Curation Queen” (term coined by Becca Colbaugh).