SXSWi is like Christmas for JESS3 — a gift box filled with brilliant minds and technological evolution. Companies flock to Austin, TX annually to toss their brand’s services into the interactive goodie bag, which begs the question: how do you represent your brand amidst the chaos of SXSW?

JESS3’s street team met at the convention center in Austin every morning to hand out supplies (JESS3 branded posters, shirts, stickers, candy) and then got to work in pairs. The street team would make a quick lap around the convention center’s high traffic areas (to reposter anywhere signage had been covered up from the day before) and then expand their zones “in every direction.”

The simple strategy was effective. We grabbed Mashable’s attention with our “old school” approach, and one of our stickers found it’s way into the backdrop of a TechCrunch interview.

Then there were the Twitter mentions. Some of our favorites: 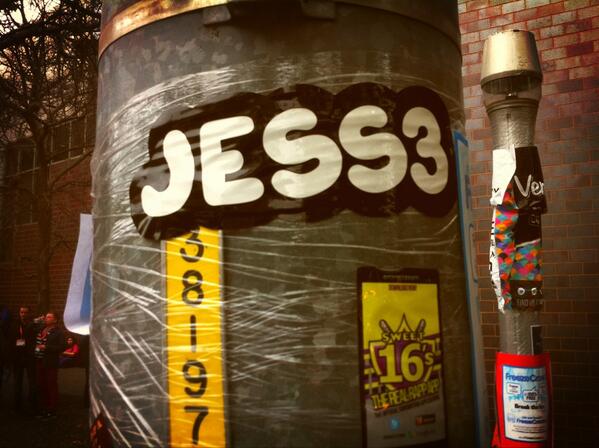 “You guys are famous in Austin” 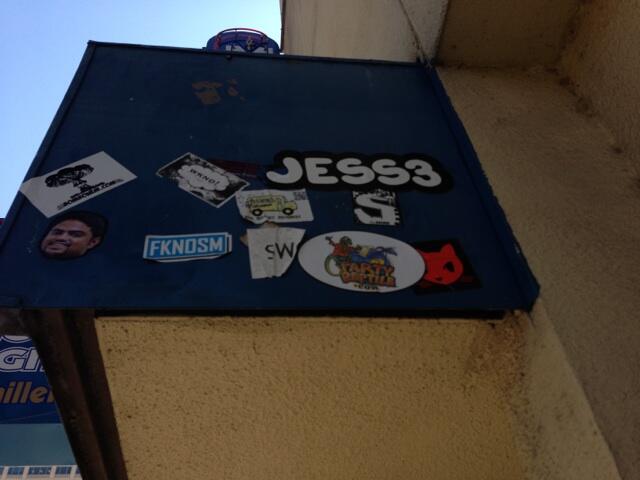 “@JESS3, you are the masters at #sxsw tagging. You are everywhere.”

Below, scope out our posters, swag, and photos our team caught over the weekend. 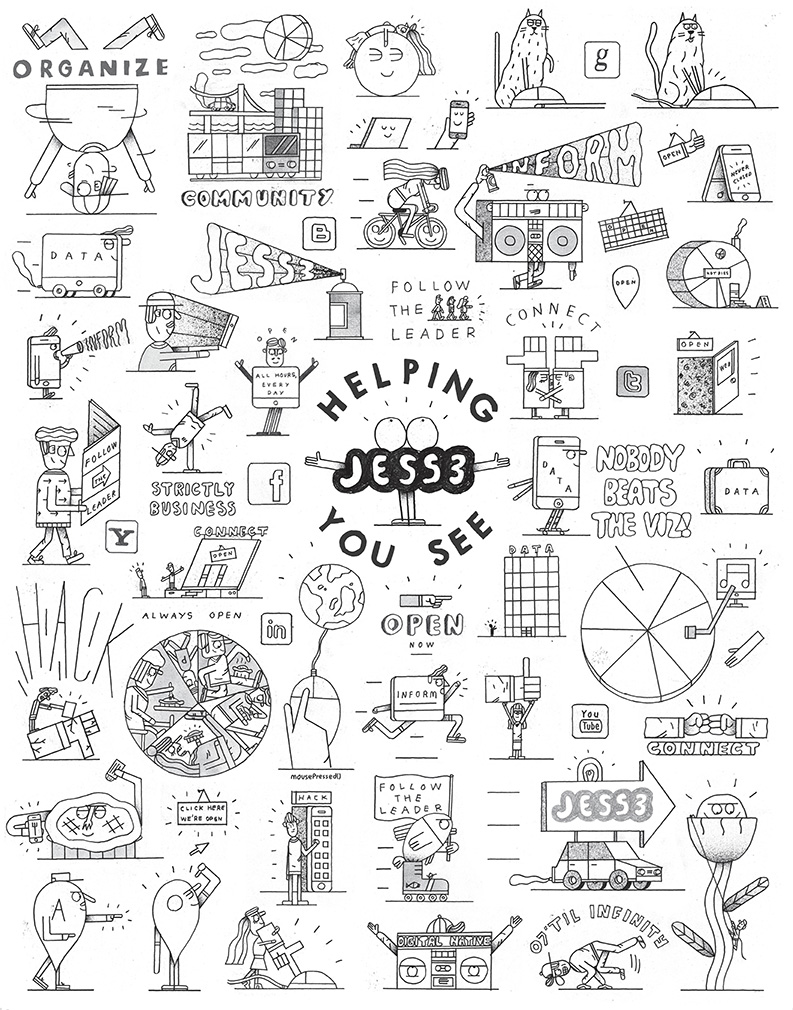 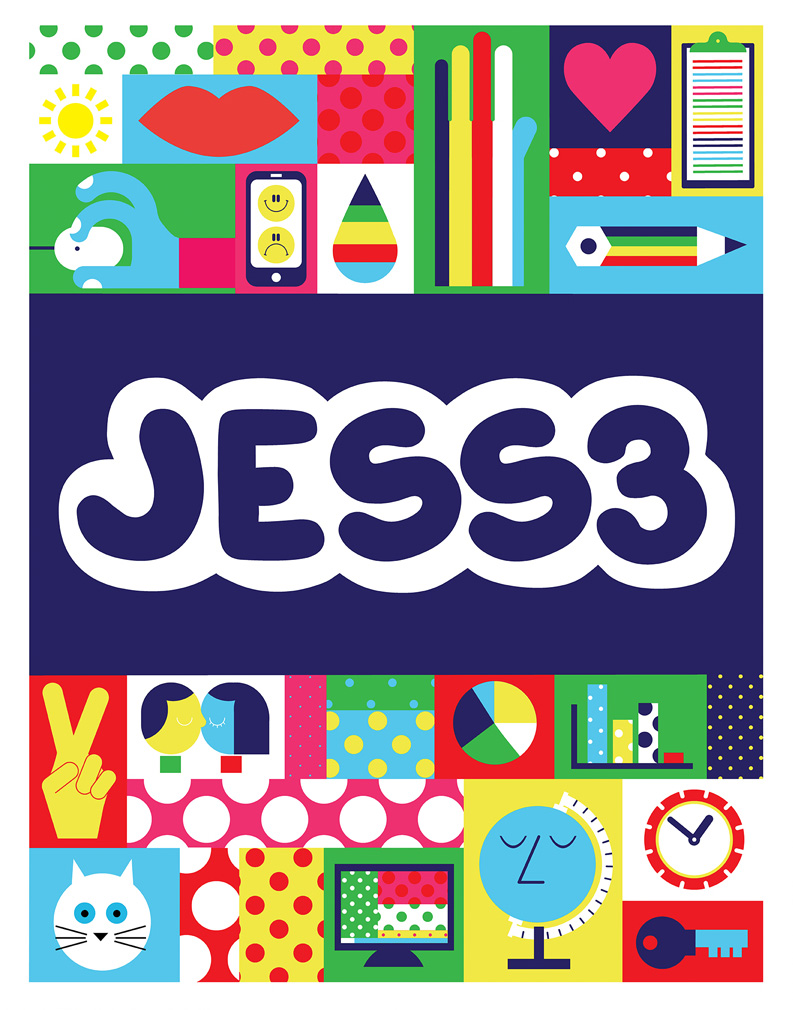 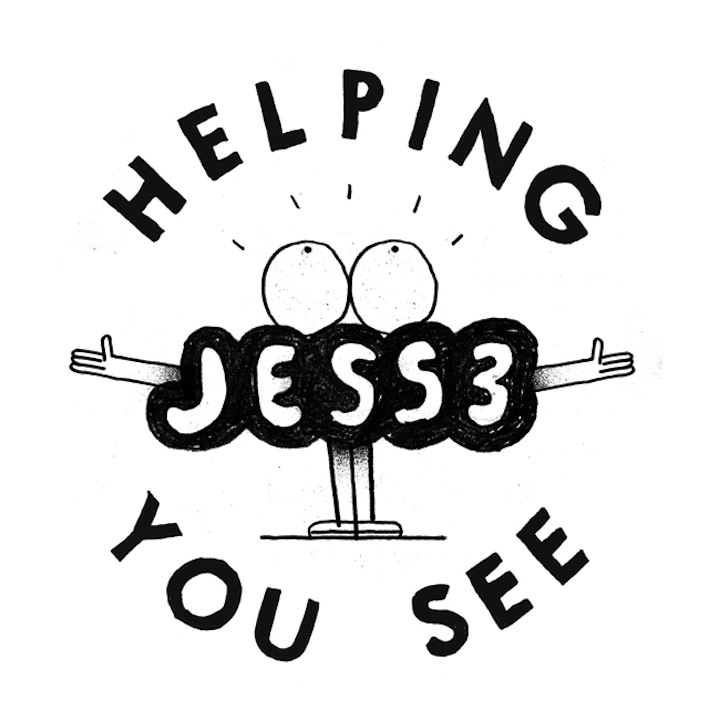 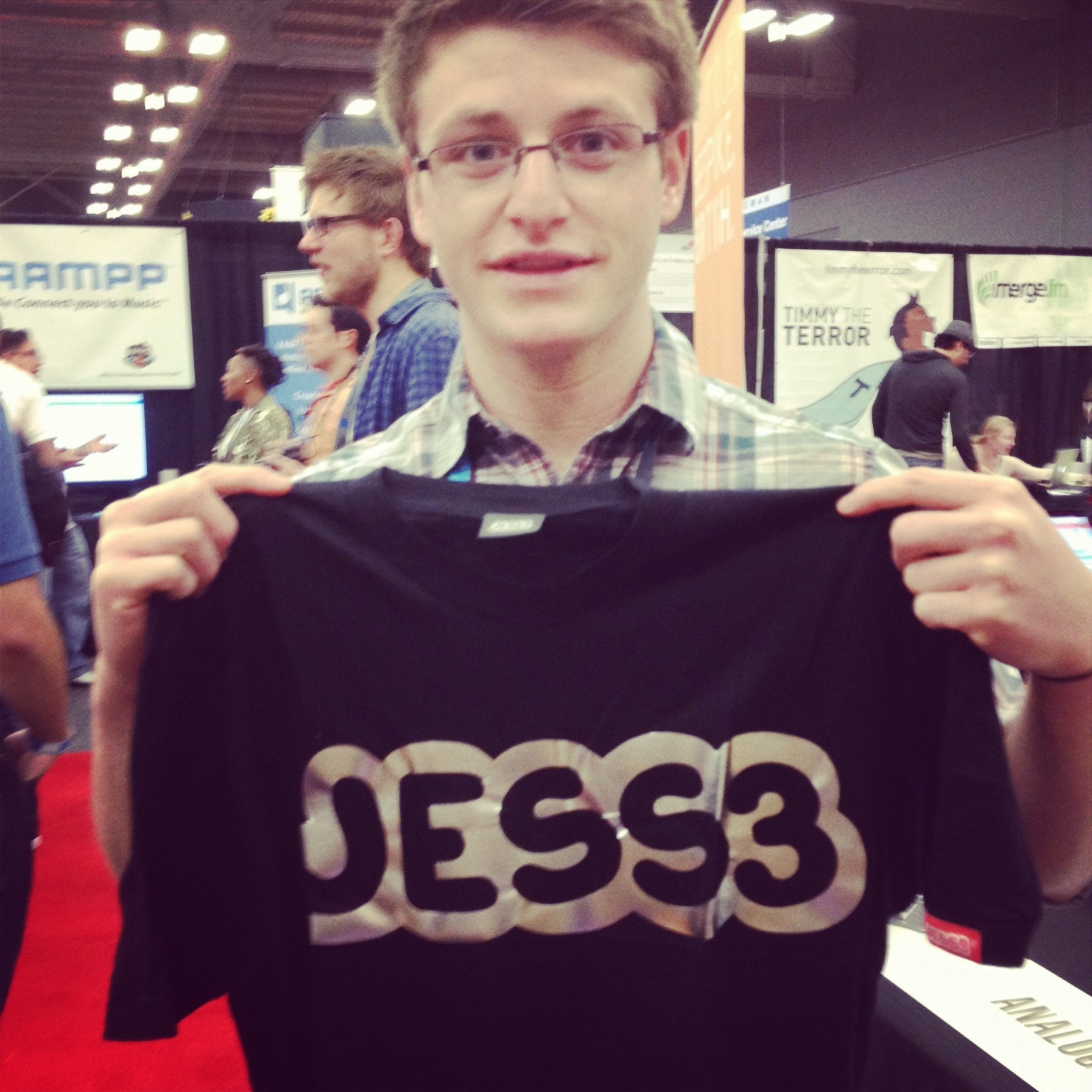 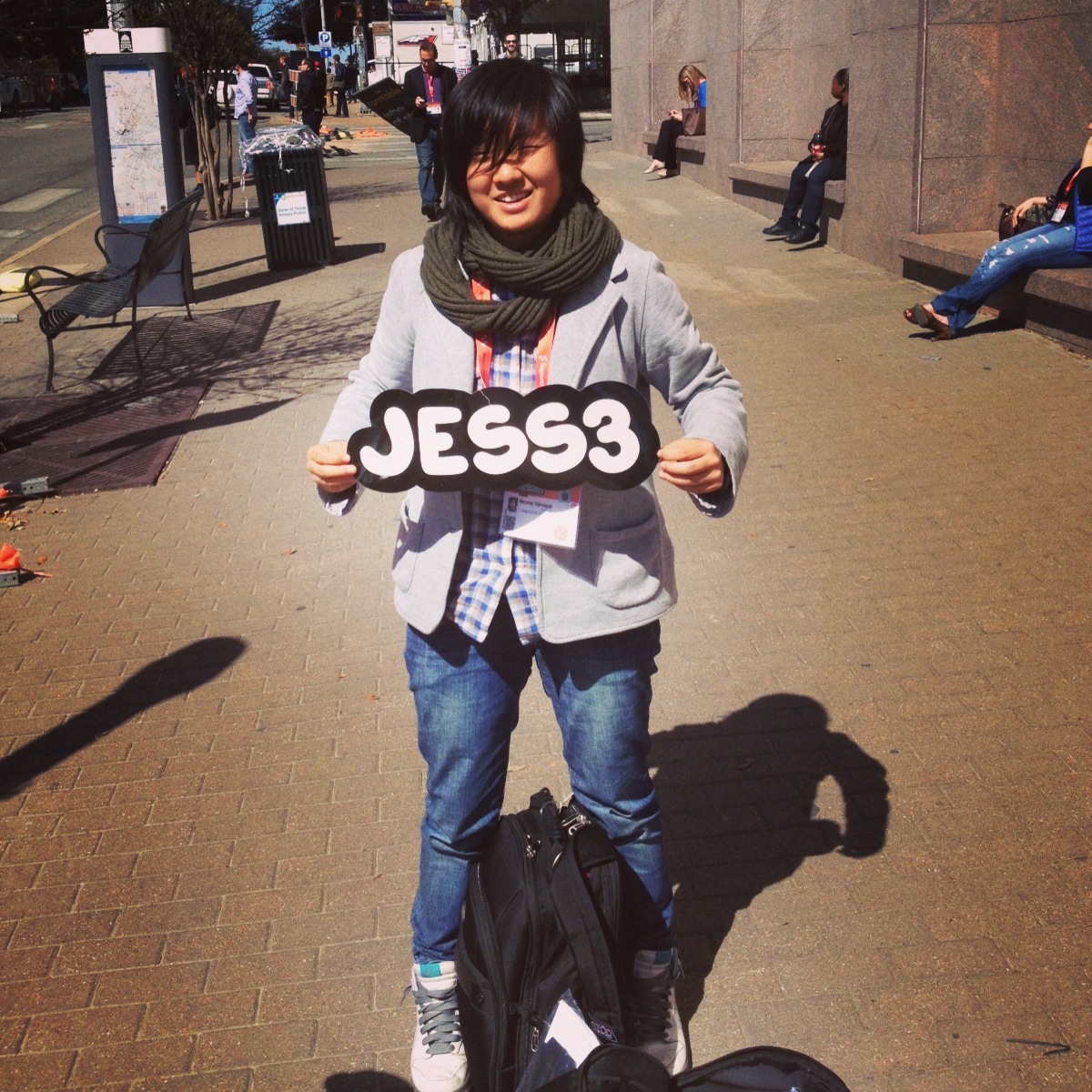 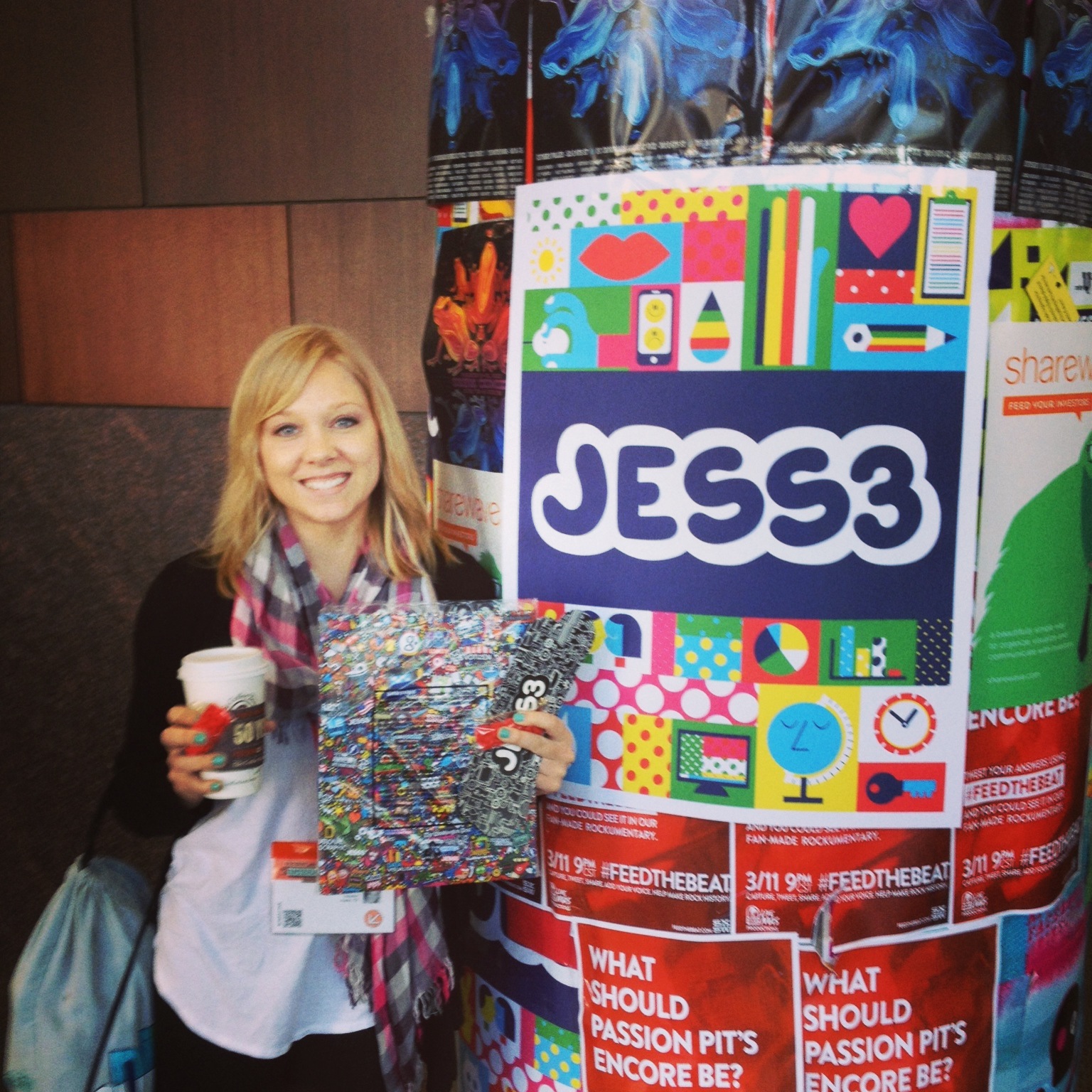 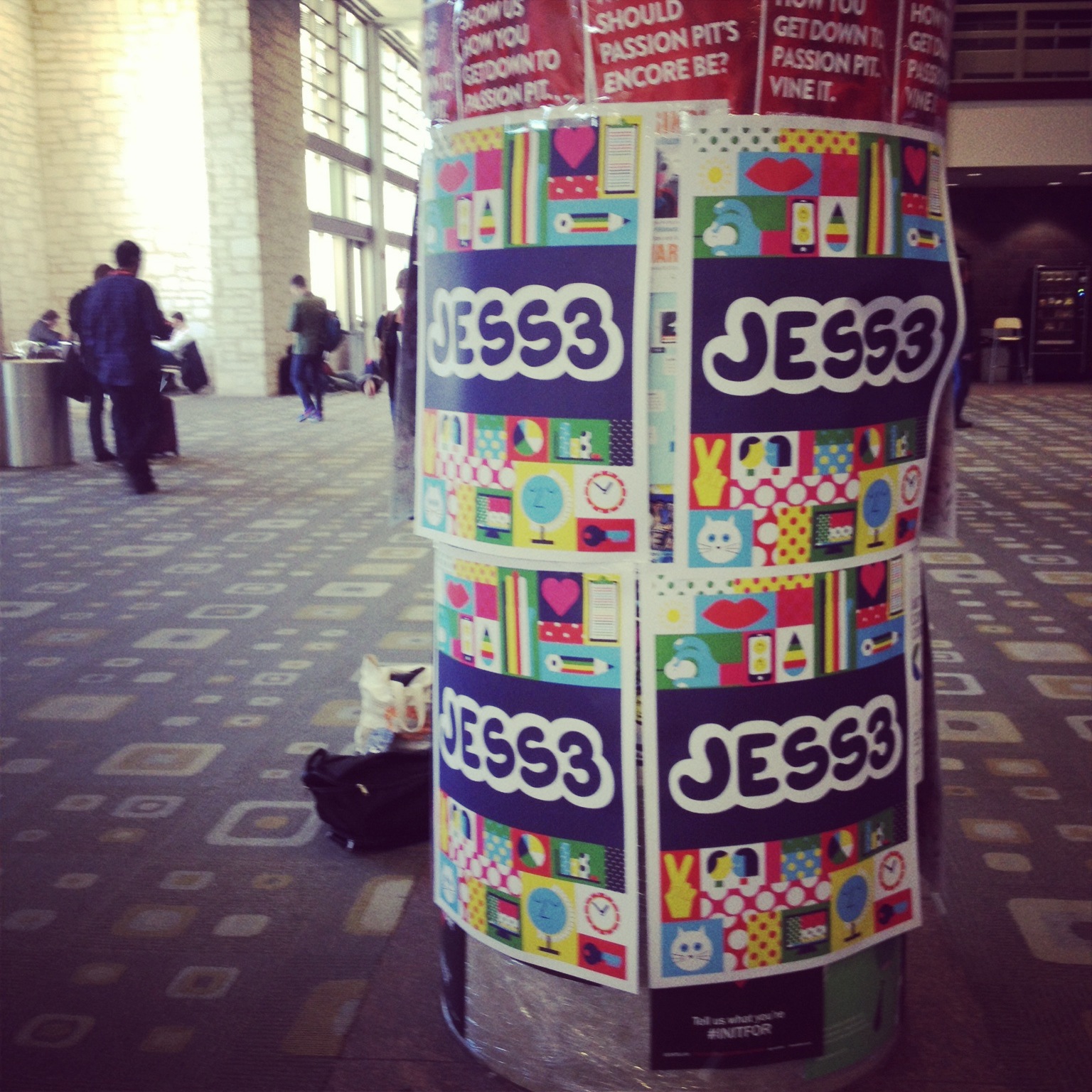 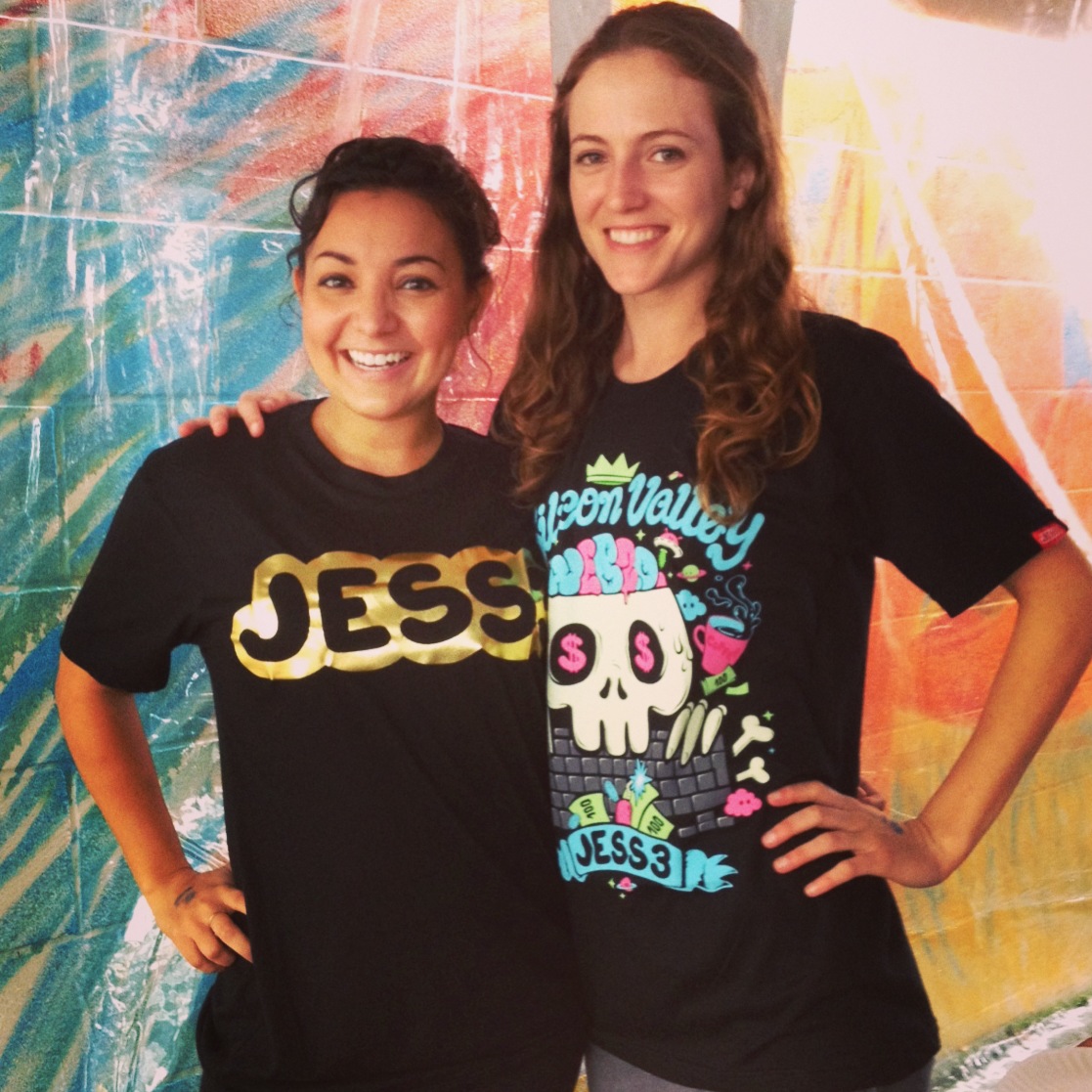 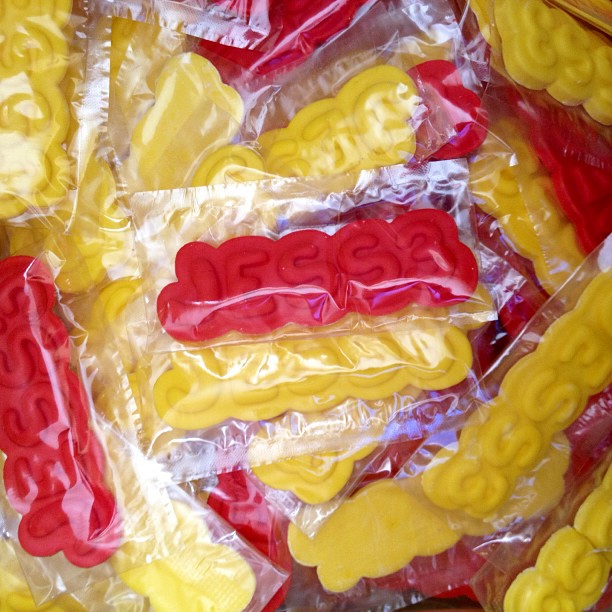