In an increasingly mobile world, we see a lot of exciting 3rd party apps that capitalize on our need to do more. Just check out the Geosocial Universe 3.0 for evidence. Here are a few of my personal favorite mobile apps in no particular order.

Partly Cloudy contains a lot of data. You can see the breakdown of daily rainfall, windspeed, the warm and cool gradations of color — it’s a very impressive piece of information design. The clean interface feels refreshingly different from the default IOS interface. Weathermen may need to find a new job since this app has gone live. Check out Tiffany Gonzalez’ blog post for more info about this great find!

Spotify Mobile was the big selling point for me to subscribe to Spotify. Having a huge collection of on-demand music at my fingertips was a big plus, and the app has worked well despite claims of buggy earlier versions. The “Offline” feature is particularly impressive, as I’m not always in places with wifi or phone signal. Switching playlists to offline before heading out on adventures will trigger Spotify to download the songs and make them available in signal blackouts. You can also play all of your iPod songs through Spotify and create full playlists. With the recently added “Radio,” Spotify also tackles the functionality of previous online music staples like Pandora.

The Google Package is pretty self explanatory, and I’m sure that there are a handful I’ve yet to try. But I use Chrome, Maps, Gmail, and Google Voice Search everyday. I’m in the majority that felt Apple maps was a dud, and the new Google Maps hasn’t gotten me lost…yet…

I’m not a big fan of mobile gaming, but Endless Road does it right — a beautifully designed minimal isometric racing survival game. The gorgeous landscape unfolds in front of you, and collapses behind you. Complete with an original soundtrack and an upgradable car system, it provides hours of entertainment and bragging rights for the highest score amongst your friends (5742m, beat it). There is also an expert mode, that I would likely be destroyed in, but I’m looking forward to unlocking it. 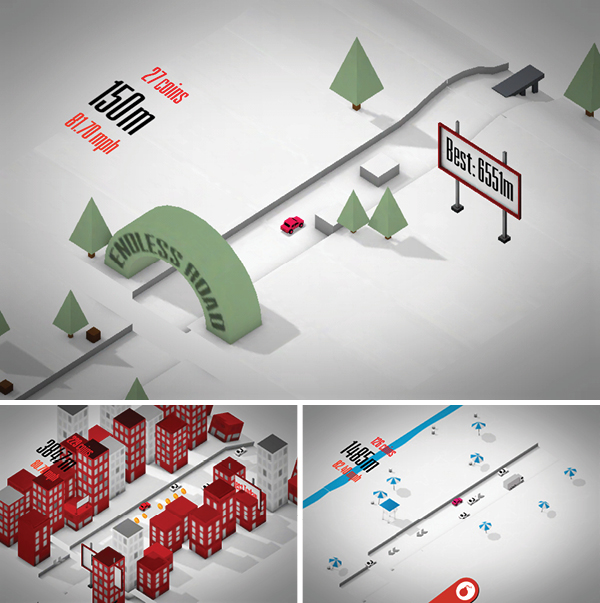 One of my favorite Kickstarter projects by Cesar Kuriyama finally became an official app. 1 Second Every Day began as a video/ documentary project that documented Kuriyama’s life through increments of 1 second every day. Now the app allows everyone to do the same. Since using this app I look at each day differently, it becomes very easy in to let days, weeks, months, years, blend together, and have yourself retrospectively wondering; what happened with my time? It also encourages you to try to take advantage of your time and make memories. 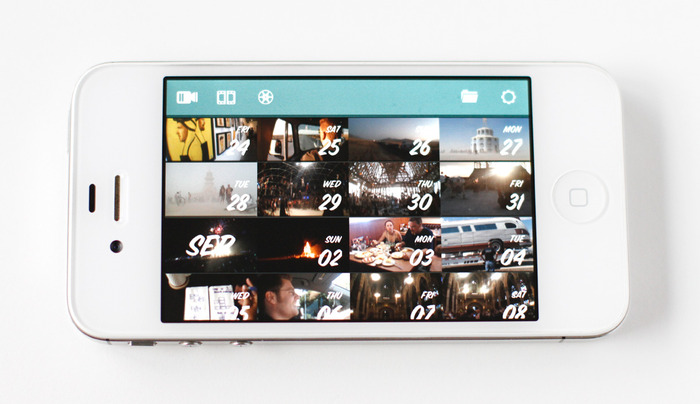 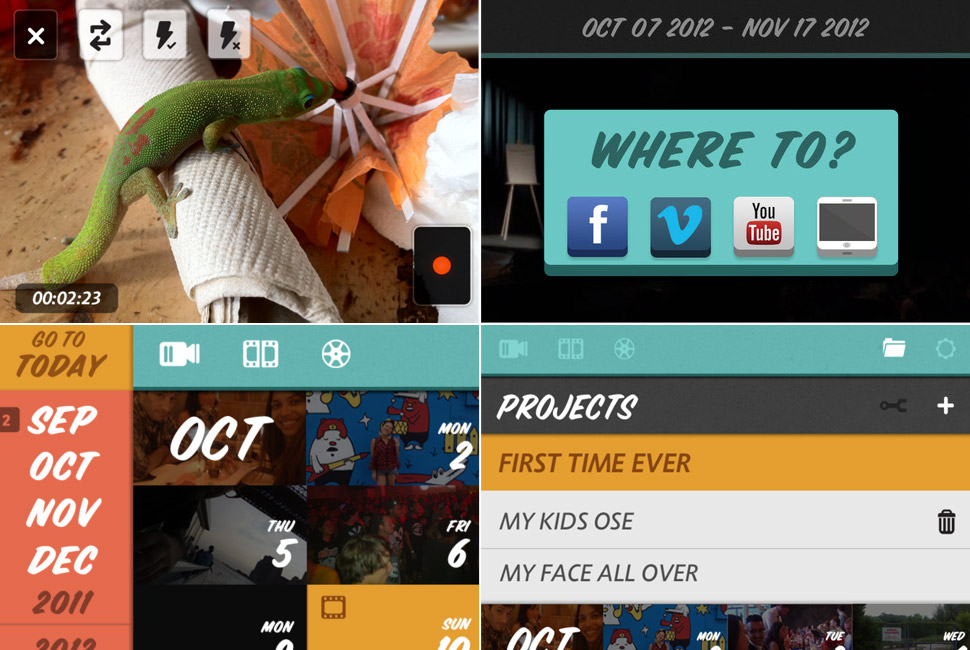 I’m sure a lot of you already have Facebook, Tumblr, Pinterest, LinkedIn, Twitter, G+, etc. Watching these networks evolve and become more and more mobile oriented is as interesting as utilizing them. They used to just be stripped-down ports of the real thing, but now they are becoming more and more mobile-focused as the mobile community continues to grow exponentially.

Are you currently covered in cat hair? Do you spend more on cat food than people food? Do you only upload pics of your cat(s)? Then CatMoji is your new social network! Created by a Chilean/Malaysian developers; CatMoji is like Instagram…minus all the boring food pics and duckfaces; it’s just 100% cats! It’s a web app, so you can go to Catmoji’s website and save it to your home screen.

I’m continually drawn to Circa for its extensively tailored articles. It also has my favorite functional interface of any of the apps in this list. The flexible and snappable page scrolling works amazing, and the article size and images all feel at home in the mobile platform. 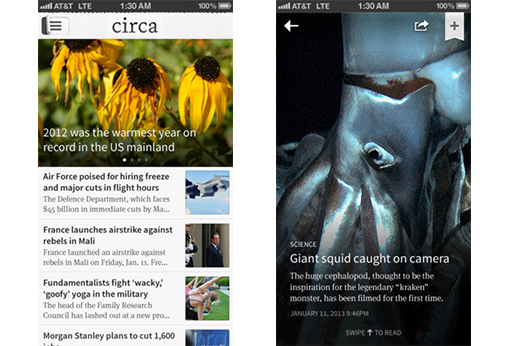 A big name in productivity and cross platform goodness, Evernote is a valuable tool to help you get organized and stay organized. As the logo insinuates, an elephant never forgets.

Created by Swedish/American app developers, Toca Band is made for toddlers, but can be enjoyed by all. It’s a beautiful, sandbox-style music app that encourages playing with a series of cute characters with varying noises and tempos. Toca Hair Salon also features unique, fun characters and the tools to cut, trim, blow dry, dye and decorate their hair. 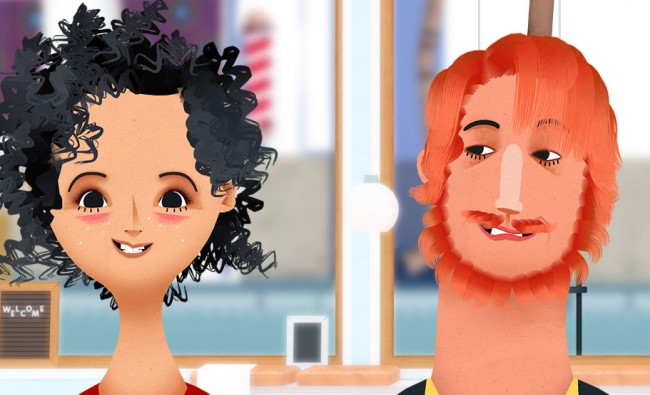 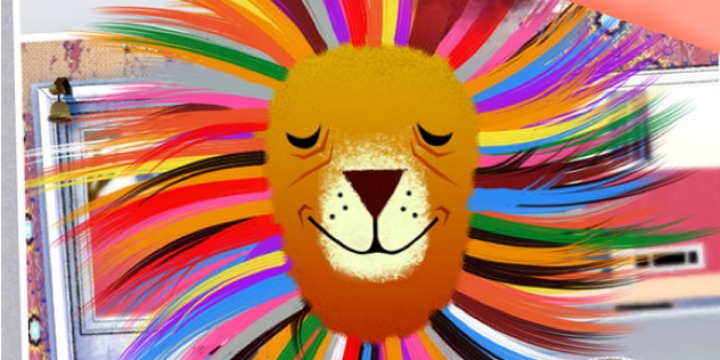 Nothing says classy quite like a black sedan, and nothing is as convenient as the Uber app, which allows you to request private cars in any city. Creating an account is satisfyingly easy, and paying is much easier than digging crumpled dollar bills our of your pockets. Uber can, based on your current location, get an Uber sedan or SUV taxi to pick you up quickly, and get you to wherever you’re going without breaking the bank. It’s completely revolutionized an otherwise disorganized and archaic system of hailing a cab or calling a dispatch. 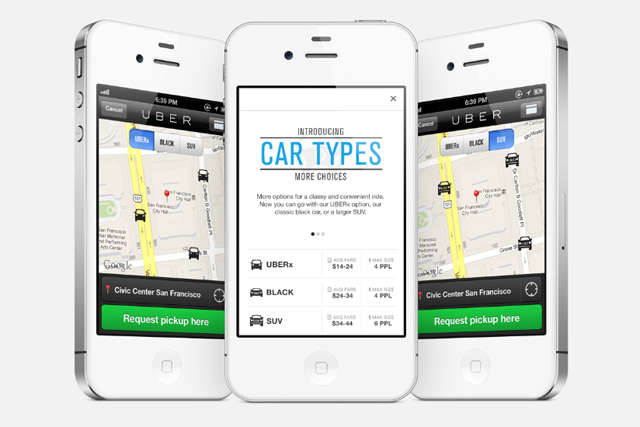 And that’s that! This is in no way a comprehensive list of awesome apps. With 5.98 billion mobile users and with ever-improving software & hardware market, mobile apps are becoming more exciting, powerful and entertaining. Comment with your favorites!