If you’ve ever been forced to read the “The Grapes of Wrath,” then you might understand what the term “Okie” means.

As a born-and-bred Oklahoman, not only was this Pulitzer winner required reading in my we-sit-in-couches-not-chairs magnet school education, but it was also a platform through which I learned that it was this very piece of literature that is responsible for casting a dark shadow over the state of Oklahoma and its reputation.

The crux of the story is the journey of poor farmer folk, — “Okies” — who make their way on Route 66 to a new future in the great land of California, after having been riddled with extreme drought and poverty.

Okies were typically identified during these gold rush days due to the overpacked Ford Model A’s, strapped down with every last piece of what little they owned. 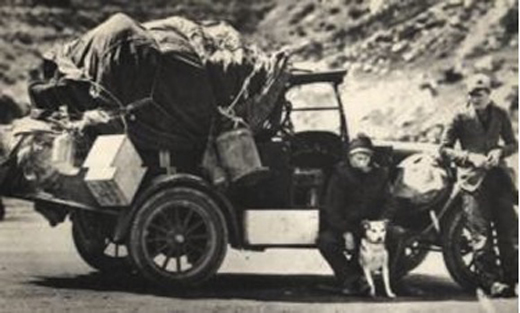 While there’s no quick way to identify my Oklahoma heritage like people did during the Great Depression, the minute I mention my state to someone in DC, New York or LA, I automatically flinch in preparation for the reaction that may come. Some anticipated responses could include:

Or the response can go a sharp 180 degrees in the other direction; Oklahoma is more often than not associated with the tragic bombing in our state’s capital in April 1995, which many forget was the first major terrorist attack on US soil before 9/11. 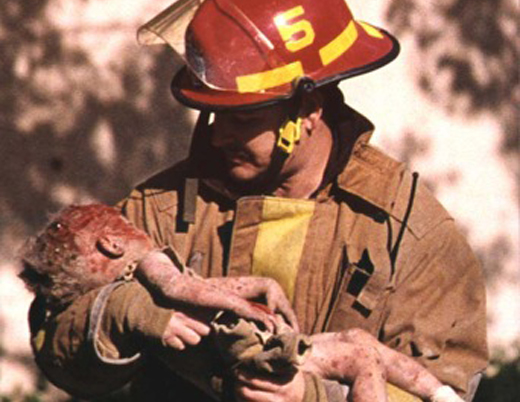 While the tragedy of the bombing exposed nothing but pure humanity and compassion for Oklahomans, I’ll admit, there are some things that haven’t changed in our days since the days of the Dust Bowl, such as the infamous McAlester prison, the lack of “cutting edge” opportunities, the general ignorance and segregation that still plagues rural life.

But that’s not the Oklahoma I know and love.

And in thinking about my (shameless plug, please vote now) SXSW 2012 panel, “Managing from the #Heartland,” I’ve put a lot of thought about why this formula works.

It’s been fascinating to watch and document how JESS3 has effectively leveraged Oklahoma, by tapping into its hard-working culture and its conveniently centered location. Oklahoma is quite literally smack dab in the middle of the United States – it is essentially the heart of America’s heartland. (Not to mention our famous sunsets, whose beauty is thanks to the reflection of red from our dirt’s rich iron deposits). 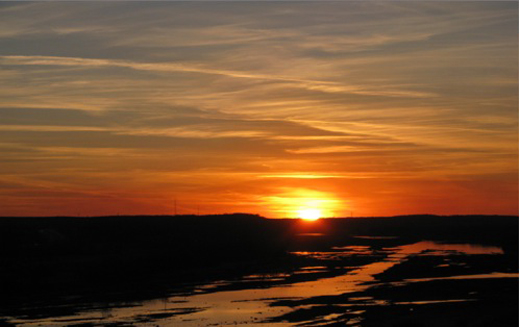 As VP of Production, I admit that sometimes I feel like I am JESS3 Air Traffic Control. With myself planted firmly in the middle, I’m better able to manage all the way from the West Coast to the East Coast. From a timezone perspective, it’s perfect. For bringing people in for training, it’s ideal.

Don’t get me wrong – I loved living in DC when I first started with JESS3 five years ago as an administrative ninja, but being away from the nation’s capital has its perks too.

Namely, I have much more centered focus, and I can channel my drive to be productive in a way I can’t even find words to explain.

I think our President and COO, Leslie, said it best, “Being at JESS3 OKC has been some of the most focused and productive time I’ve ever had in JESS3 and in life.”

That’s one thing we Oklahomans have going for us – we give “hard work” a new meaning. Maybe it relates back to our rural roots, perhaps there’s a deeply embedded farmer gene we all have … I’m not sure, but whatever it is, it’s real.

We also have compassion in a way “big cities” don’t. We take the time to listen, to internalize, to empathize. I think all of these qualities translate beautifully into the agency world, where we must be ready to serve our clients, not force down their throats what is the latest and greatest happening in social media is.

Furthermore, most Oklahomans are in some ways the best gauge for the “average” user. Striking the right balance between innovation and adoption is (or should be) the goal of every good interactive designer, and I think our Oklahoma team is a great way to test this sensitive balance.

These are only some of the ways where the tech industry is overlooking the value of the heartland. Now, I’m not saying Oklahoma’s going to be the next Silicon Valley or anything; the social adoption rate is so low on the scale, I’m not sure if it’s measurable. I think I might know all 100 people in the state who use foursquare. There might be a few 50 more who know that means something different than the elementary school favorite pastime.

But guess what? In my very scientific study (read: me monitoring my Facebook account), adoption rates in the geosocial space at least are picking up. It’s mostly on Facebook Places, but every day more of my Oklahoma friends are using it, my husband included. Some are using more platforms like GetGlue, and when I say the word Gowalla, people don’t (always) think I’m speaking some ancient Australian tribal language.

And of course, there are some real Oklahoma Internet and social “celebrities,” such as Pioneer Woman and in the agricultural world, Becky McCray, and I’m so grateful for their kind of Oklahoma representation.

JESS3 has long operated on the principle that a company should not limit its talent based on geography; it can be detrimental, devastating even. That’s the beauty of a cloud-based firm – you can have your VP of Production logging in every morning from the heartland, and it works.

I love the opportunity I have to travel and experience the fast-paced life I crave within, but also at the same time return to a focused and normal life in the heartland (which includes everything from a relaxing weekend at our family’s ranch to the cost of living).

In a way, I can relate to the ol’ Joad family in Grapes of Wrath; because, in the end, I’m just an Okie looking for a better future, a better way of life.

But the difference is this: I’m not ready to turn my back on Oklahoma. Instead, I’m ready to show Oklahomans that they too can be key players in this industry.