President Barack Obama gave his second Inaugural Address to an estimated crowd of 1 million people today after being sworn in during his public inauguration ceremony.

In what is being touted as his most progressive speech to date, Obama touched on issues of climate change, poverty, social services and peace.

And we must be a source of hope to the poor, the sick, the marginalized, the victims of prejudice — not out of mere charity, but because peace in our time requires the constant advance of those principles that our common creed describes: tolerance and opportunity; human dignity and justice.

He also tasked the American people with upholding the unalienable rights made famous in the Declaration of Independence.

Below, you’ll find this moment of his 15-minute speech, plus photos of the ceremony. If you’d like to watch the full address, you can find it here. 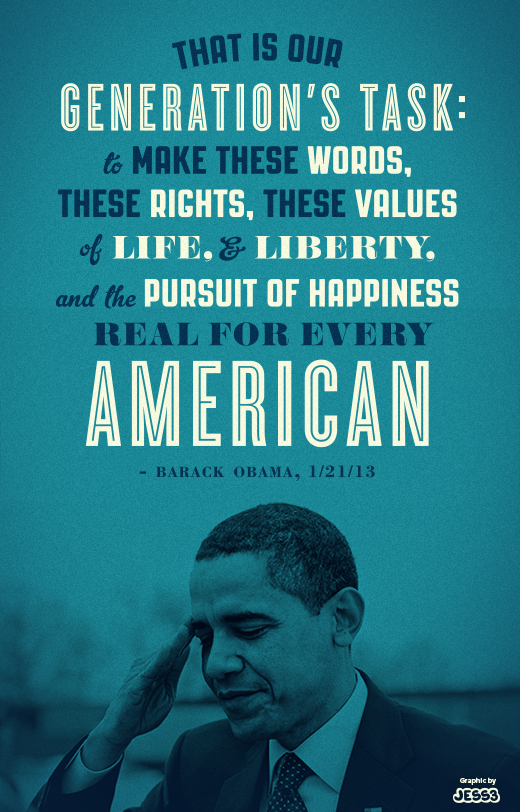 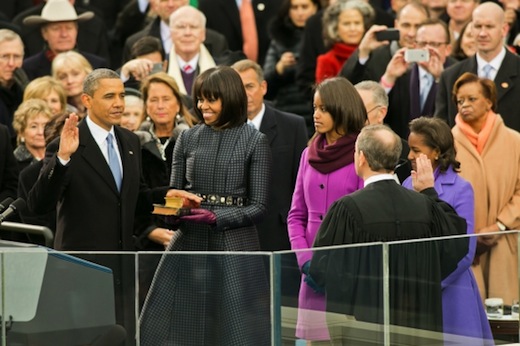 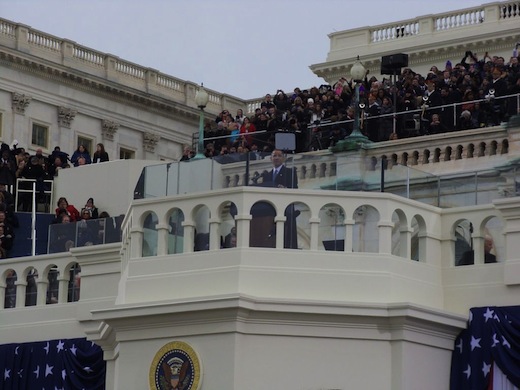 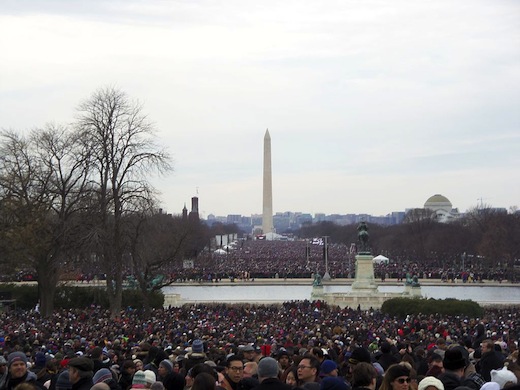