At JESS3 we pride ourselves on leading the field in data visualization. While our work is constantly changing to meet the needs of our clients, from Google to Samsung, our goal remains constant: to create unique and visually impressive information visualizations. In order to keep our work dynamic it is essential for us to keep a finger on the pulse of the field. Manuel Lima’s website Visual Complexity is one of the places I go to see what’s new in the world of information visualization.

Manuel has helped elevate information visualization to an art form. His website houses over 750 visualizations by hundreds of artists that each display mind-boggling amounts of information in visually stunning ways. The visualizations, which cover a wide array of topics, are overwhelming in their beauty and design, and not the information they present.

This taming of information displayed on Manuel’s website is reflective of his passion and interest in transforming data into knowledge. Visual complexity was originally launched, in 2005, as a way for Manuel to track his own interests. Over time it has developed into a place for information visualization artists to connect and develop the field. Now this website has provided the basis for Manuel’s first book Visual Complexity: Mapping Patterns of Information. 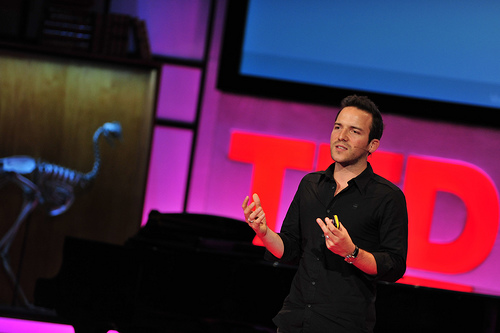 Recently I had the chance to ask Manuel about what inspires him, his book and the future of information visualization. Here’s what he had to say:

Jesse Thomas: What first interested you in information visualization and what still keeps you involved today?

Manuel Lima: I’m a big advocate of the “Knowledge Pyramid”, or “Wisdom Hierarchy”, an old model that tries to establish an explicit relationship between Data, Information, Knowledge, and Wisdom. I’m particularly interested in what’s arguably the most challenging stage in this sequence: the transformation of information into knowledge, the transition from the sphere of producers to the sphere of consumers, from a global to a local context. The prospect of information visualization becoming a critical foundation in the bridge between information and knowledge is one of the main reasons that keep me going.

Jesse: When did you begin work on your website VisualComplexity.com? Why do you think it was so successful?

Manuel: I started VisualComplexity.com in 2005, primarily as a personal bookmarking mechanism, to keep track of various topics I was interested in. Later it evolved into a public resource for anyone interested in information visualization, particularly in the mapping of networks. One of the main reasons why it has been quite popular is certainly the breadth of content covered in the site. Even though it showcases a clear emphasis on networks, it covers any depiction of this engaging topology, from protein networks to subway systems, food webs to social networks. My email inbox is a reflection of this diversity as it discloses messages of appreciation from artists, physicists, mathematicians, architects, computer scientists, sociologists, biologists, marketers, among others.

Jesse: When did you first get the idea to write “the first dictionary,” as you said, for information visualization?

Manuel: It was always meant specifically as a dictionary for network representation, and not for information visualization at large. One of the interesting outcomes of managing such a large database of projects it that you start noticing emerging patterns and trends amongst them. I started collecting these initial categories over 3 years, by looking transversely at the depicted subjects and concentrating solely on the common visual configurations adopted by different projects. These ended up becoming the building blocks of an emergent visual taxonomy for network visualization, which appears on chapter five of the book. 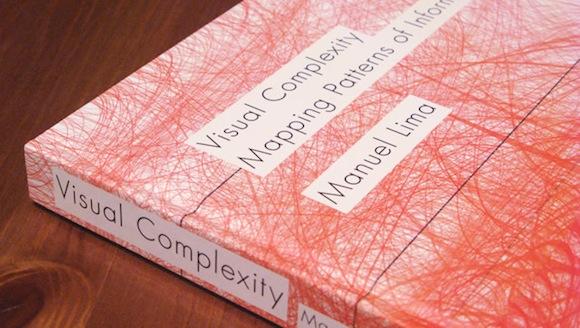 Jesse: What does your book say or do that your website cannot?

Manuel: The book is far more than a showcase of VisualComplexity.com. In fact, around one third of the estimated 300 featured images have never been showcased on the website. Due to its broader scope, it does actually seem that the website emerged from the book, rather than the other way around. The first three and last two chapters of the book are the most unique ones, disclosing content you wouldn’t find on the website. Not only do they yield a comprehensive view on the historical representation of networks, delving into past projects (with some beautiful medieval imagery), but they also explore the alluring qualities of the network schema, responsible for a considerable shift in contemporary art and culture.

Jesse: What were your biggest challenges creating the book?

Manuel: The biggest hurdle undoubtedly had to do with the gathering of hundreds of images for the book. This was a time consuming logistics task, but one that proved to be the most urgent of all. As the book gained shape, it quickly became clear that one of its intrinsic goals was to save this pool of knowledge for posterity. As I reviewed projects to feature in the book, I was astounded by how many dead links and error messages I encountered. Some of these projects became completely untraceable, possibly gone forever. This vanishing is certainly not unique to network visualization—it is a widespread quandary of modern technology—but the possibility of many present-day digital artifacts vanishing within a few decades is a considerable worrying prospect.

Jesse: Where do you see the future of information visualization going? How are businesses today incorporating these visuals into their business plans?

Manuel: I would like to see it continue its path of supporting understanding and sense-making beyond academia, in government, politics, businesses, urban planning, ecology, and society at large. 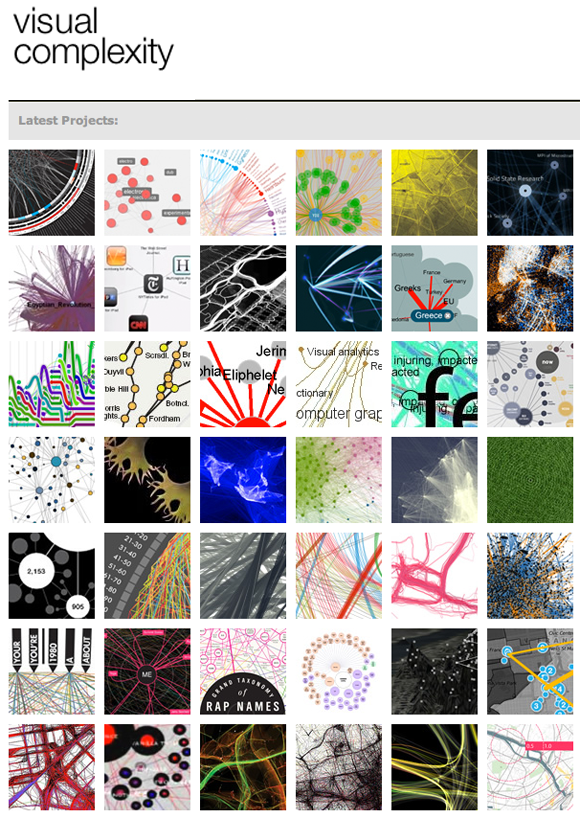 Jesse: In your opinion, what should information visualization show or tell people when they view the graphic?

Manuel: A core ability of information visualization is to translate information into knowledge. It’s also to facilitate understanding and aid cognition. Every project should aim at making the system more intelligible and transparent, or find an explicit new insight or pattern within it. It should always provide a polished gem of knowledge.

Jesse: Why do you think more people are becoming attracted to information visualization today then ever before?

Manuel: Because it represents a new golden age of exploration—similar to what happened with cartography—where we are uncovering a variety of hidden patterns about ourselves and the world around us by analyzing a gripping amount of collected data.

Jesse: What goals do you want this book to accomplish for information visualization?

Manuel: I would like it to be not just a reference for network visualization, but also to grant complexity a much more deserving role, by fostering a new network-based outlook into the world: an holistic and systemic view based on diversity, interdependence, and multilinearity. Ideally, the book, by embracing the inherent beauty of complex networks, would also contribute to a much-needed shift in arts and humanities, one that accepts an opposing conception of aesthetics, distant from deep-rooted ideals of simplicity, perfection, order, and symmetry.