A few weeks ago, we presented our third version of the Geosocial Universe. But that’s not the whole story. This time around, instead of just one graphic, we created three additional snackables — think of them as moons in the orbit of the full graphic. You can see the first one here and the second here. Today we present the third and final snackable: The Not-So-Worldwide Webs. 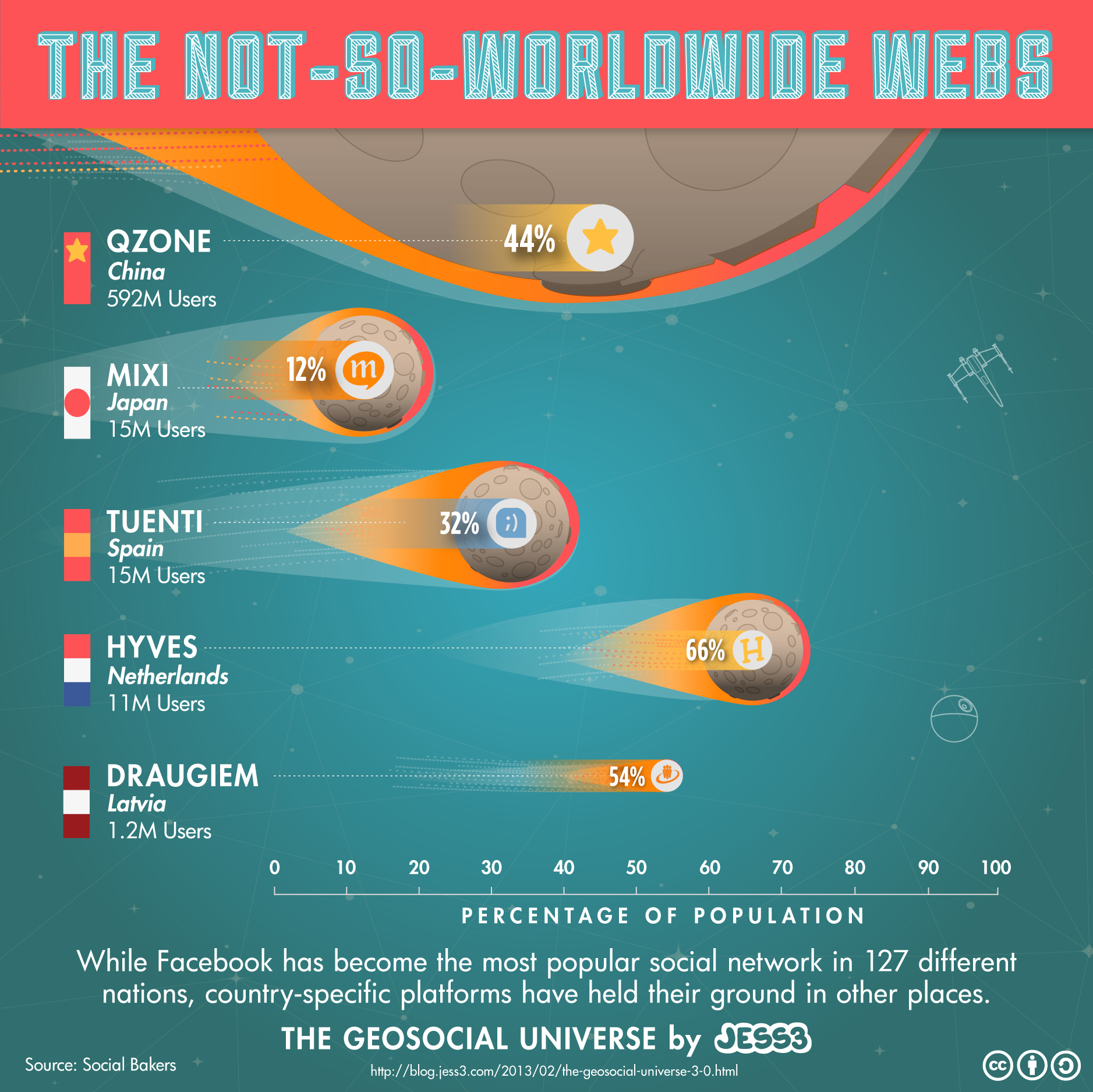 You have a Facebook, Twitter, Pinterest and Vine…but are you on Hyves? In the Netherlands, it’s a social mainstay for 11 million Dutch (and there are less than 17 million people in the entire country).

In this graphic, we look at five popular social networks from around the globe. The percentages indicate how much of a country’s population is actively using the service, illustrating that they’re hefty competition for even the most popular of America’s homegrown platforms.

While the country-specific networks mirror the functionality of social networks everywhere, with the ability to blog, message and share photos with communities of other users, there are perks for users who stick to their own country’s platform. Tuenti, for instance, is invitation-only and provides more privacy for users than Facebook. Mixi requires an active Japanese cell phone email address to register, making it exclusive as well.

The networks are also optimized for the native languages and cultures of its users. Qzone is virtually inaccessible for english speakers, and Hyves played a part in the 2010 Dutch elections when candidates held a debate on the site.

Finally, they’re deeply rooted in their users’ social identities. All five of the networks featured were founded between 2004-2006 — making them ancient in the geosocial-sphere. In fact, Draugiem messages are often used instead of email in Latvia.

Of course, many of these reasons are exactly why the networks may never reach further than their home turf, but perhaps, that’s the point.