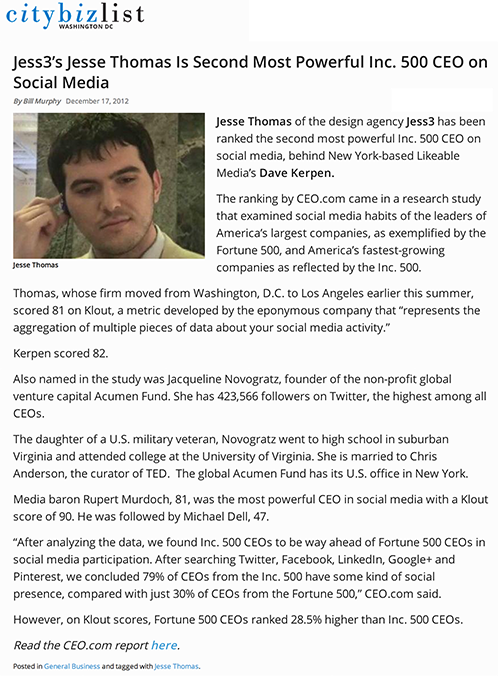 JESS3 is a creative interactive agency that specializes in data visualization. JESS3 continues to push the limits of what creativity and storytelling mean, providing services that range from UI / UX, animation, and social media strategy to developing large-scale installations, data visualizations and infographics.

We would love to talk with you about your story (and ours, too!)