I know Myspace is the social network we love to hate, but I like at least some, if not all, of the layout. It makes Facebook look so boring. It feels like tumblr + spotify + the old ghetto myspace crowd got older and more sophisticated.

It is like Myspace went to jail and just got out clean cut and stronger than ever, but maybe it lost its soul in the process. 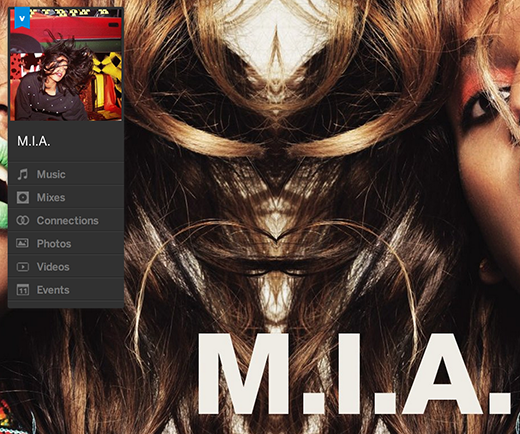 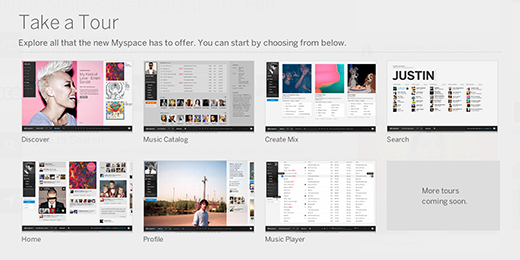 Features I like:
•  I like that you can listen to continuous music when you are navigating throughout the site.

Features I don’t like:
•  There is a definite learning curve. More so then on other new channels I have checked out lately like theFancy.

What’s missing?
•  The most obvious is being able to sync up my other social media channels to it.
•  People, but they will trickle back.
•  It’s missing the Facebook Killer…It doesn’t offer anything to my social media experience that I dont already have.
•  What’s the mobile app going to be like? They should sync or buy songkick.

Additional thoughts:
•  I think its beautiful, but as far as usefulness goes, I see it trying to compete for the same users Soundcloud has.

Features I like:
•  As with the old Myspace, the ability to really personalize it.
•  Listening to music continuously and the ability to create your own mix (very Spotify of Myspace PS) is also a great perk.
•  Ease of uploading pictures and the way your pictures are more like a collage is a sharp look.

Features I don’t like:
•  It took a while to get the whole ‘connect’ thing down and how it works with people, music, pictures etc.
•  The scroll is a cool concept but it sometimes doesn’t work on my laptop…

What’s missing?
•  I wish it was linked to all the other 5 million social media channels I’m on.  It would make things easier.  I’m all about easy multi social networking updating, but I’m assuming that is to come.

Sustain users?
•  I think it will sustain a certain type of user.  It’s def more geared towards artists, musicians and probably companies but a general social networking user may find it too involved.
•  I see it attracting a younger demographic but not something say my parents would get into like Facebook or even Twitter.

Additional thoughts:
•  The look is really cool and will translate to tablets and phones well.
•  It’s a good combinations of Twitter, Facebook and Spotify but it takes a lot of user engagement to make it work.
•  People are kind of lazy so the harder they have to work to make social networks look and function the way the more likely it will scare some people away.

Features I like:
•  This thing couldn’t be more beautiful.
•  It’s very informal. True to the old myspace, you don’t feel weird asking to connect with a stranger.
•  Media is obviously key. I like that what you watch and listen to, as well as what you “Connect” with goes onto your timeline.
•  You don’t have to watch it and then post it like you do with Facebook – it does all of that announcing work for you. Adding the “Connect” option allows you to publicly identify that you like something as opposed to just simply watching it too.
• The translucence is awesome.
•  When you hover over something, the information pops up so you don’t have to leave the page you are on. It’s about time.

Features I don’t like:
•  Although the side scroll looks clean, it’s really, really dysfunctional. Almost to the point of being annoying. The scroll catches way too easily.
•  It’s just not as easy as the rest of them. Although it keeps track of what you’ve done, you really have to work to find things – even though the search function is lightning fast. Not to mention people are already having multiple pages. Will.i.am has a page and so does his new song w/ Britney.
•  I wish content would go over the background image, it seems like a waste of space to have nothing at all over it.

What’s missing?
•  People.
•  The ability to integrate other social media sites into it.

Sustain users?
•  Eh, this is a toss up. I think it will have niche users, mainly because it is not outfitted for the mass public. It’s not easy or simple enough for everyone to understand how to use it, so those who don’t want to take the time to learn it… probably won’t. Those who do take the time, will probably appreciate the features.
•  It definitely won’t if they don’t fix all of the glitches that turn what was obviously designed to be a smooth user experience into a rocky-road to glitch-ville.

Additional thoughts:
•  Keep trying Myspace, we’re pulling for you (even if it’s secretly).