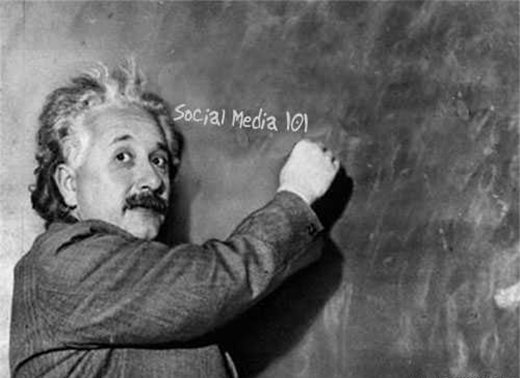 In case you missed the news on your Facebook and Twitter feeds, Newberry College, a small, Evangelical Lutheran liberal-arts college in South Carolina, recently announced they will begin offering undergraduate degrees in Social Media as of fall 2013. The interdisciplinary program aims to capitalize on the strengths of Graphic Design, Communications, Business Administration, Psychology and Statistics. Four innovative courses, created specifically for the social media major are also included in the curriculum.

Now, for the most part this initiative is getting ripped apart in the social media world.

Not sure about this. Seems pointless without other tech & marketing context. RT @fastcompany: A B.A. in Social Media? flip.it/jyqrr

However, it seems like the offering is basically a marketing program with four classes in social media. I imagine they created those social media classes and said, “Well, we might as well make it a major.” From a PR standpoint, this was clearly a smart decision. Look how much press they’ve received for jumping, or should I say cannonballing, into the social-media education pool.

In the program, students will explore marketing and branding strategies for projects including corporate, non-profit, entertainment, sports, news and politics. The release of the news on the Newberry website was packed with statistics like “Social media use in the U.S. has increased 356% since 2006,” and “social media advertising will grow to $5 billion in 2012, with 25% targeting local social advertising.”

Tania Sosiak, Associate Professor of Graphic Design and Social Media and founder of the new program said this about the initiative, “Students will be able to do many things both analytically and creatively. Collect and study data, market, create, design, broadcast and develop are just some of the skills a graduate will have as a part of their social media toolbox.”

This all sounds well and dandy, but after looking into social media credentials, I’m a little skeptical about how effective this course will be. The founder has little online presence besides her own website which features her design work. Her social media platforms aren’t as active as you’d expect from the founder of a social media program.

Professor aside, @newberrycollege only has 529 Twitter followers and 3,080 likes on Facebook. I understand the school only has about 1,000 students, but it doesn’t help their case that they don’t update their status often.

Here’s the thing: without a doubt, kids who major in social media will be able to land entry-level jobs within the next 4 years. There is already a job market specifically for these skill sets. And just to clear things up, you could definitely fill up four advanced classes with social media material. The professor would just have to stay current. The platforms are always evolving, updating, rearranging and so on. I do believe, however, that social media majors would be better equipped if they were social strategy majors. Along with learning the ins-and-outs of the rules and functions of different platforms, students would learn about the public, and how to communicate with them, how to react to them, how to engage them, how to predict them, and how to interlap the real world and the social world for the masses.