I’ve always considered food to be the most direct connection to a culture, so in a 3-part blog series I’m going to cover cuisines that push the limit about what we come to expect from food, warping aesthetics, changing structure, taste, blending cultures, and making us question what’s edible. In this first part, “Deconstructivist Cuisine,” I’ll look at El Bulli as a case study and a shining example of this culinary movement. 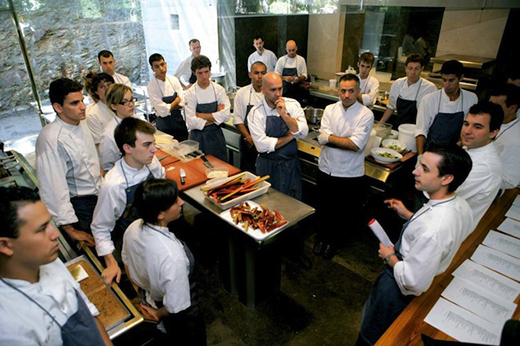 It might seem strange writing a postmortem review of a restaurant I’ve never visited. El Bulli, which closed in July 2011, was arguably the most exclusive, inventive, and artistic gastronomic experience in the world. Nested in the Mediterranean foothills of Spain, nearest the municipality of Roses, it existed in one form or another since 1993. It was run by the Adrià brothers, Ferran and Albert, and a large team of top-tier chefs. The restaurant served a 33-course meal to the lucky few who managed to get a reservation years in advance.

An inside look of the restaurant from the film “Cooking in progress.”

El Bulli worked in a unique culinary style sometimes deemed “Molecular Gastronomy.” Ferran rejects this term, and refers to El Bulli’s style as “Deconstructionist.” His work seems to operate outside the cultural boundaries of Spanish culinary history in a worldly melange of ingredients, crafted with Spanish pride. Using advanced cross-disciplined scientific and culinary techniques, El Bulli managed to tell an enthralling narrative to the tastebuds. Chef Ferran Adrià has been compared to Willy Wonka, and it’s not a stretch: the dishes are manipulated, deconstructed with a sense of playful creative, unexpected genius. The following technologies have been used in the gastronomic and aesthetic preparation of the courses:

In the deconstructivist method, every element of the course is considered: taste, aesthetic, serving, timing and much more. Precision is paramount to everything: how the colors and aesthetics invite and defy expectations; how portions are served, composed and delivered; and how the dish changes throughout the passing of time on the plate and during the dining experience. The following are official photographs from one night at El Bulli, and the extensive courses that were enjoyed. 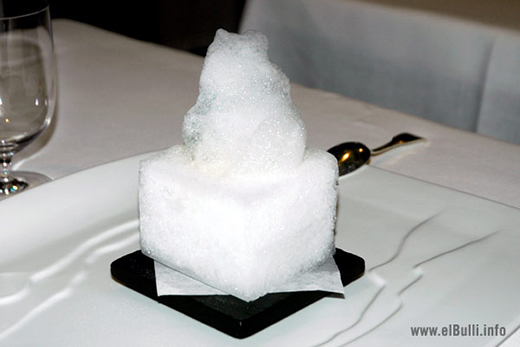 A Margarita served in a frozen snow cube. 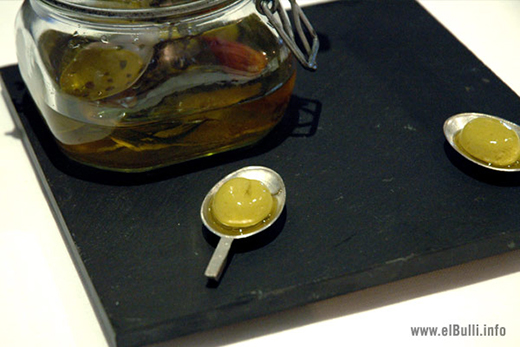 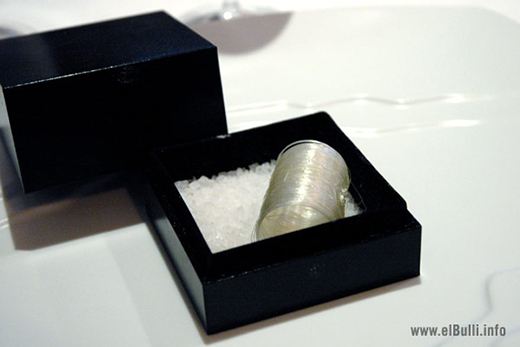 Olive Oil Spring -- presented in a jewelry box atop Spanish salt. Eating instructions: Put the spring on your finger and eat it in one go, as it disappears in your mouth. 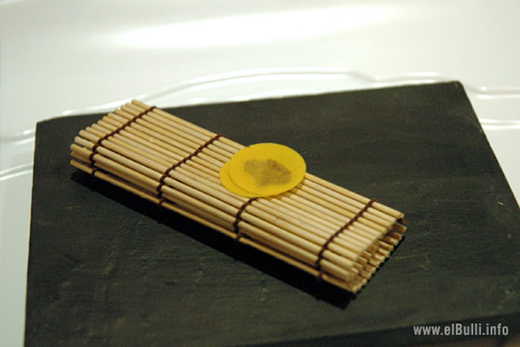 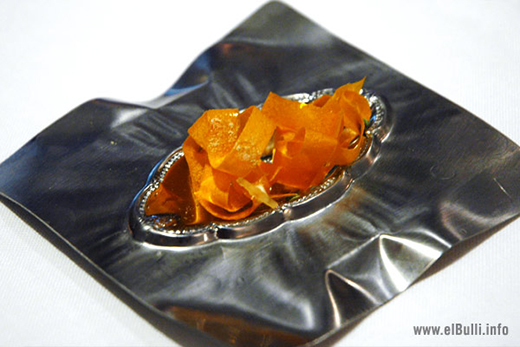 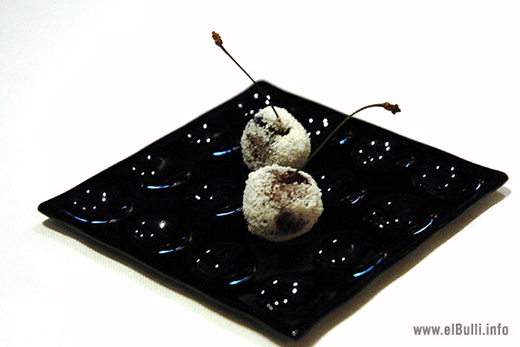 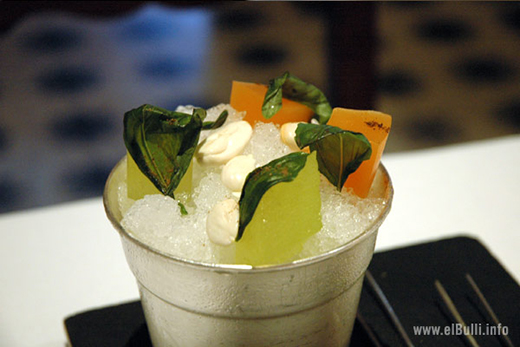 Melon with herbs and tender almonds served over crushed ice. 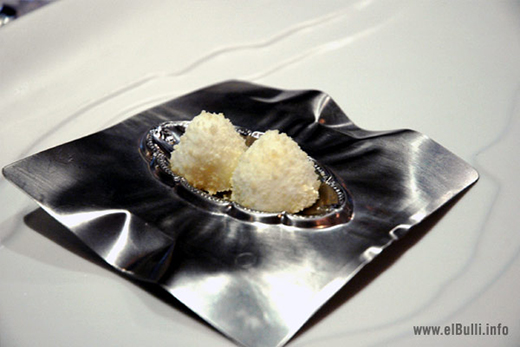 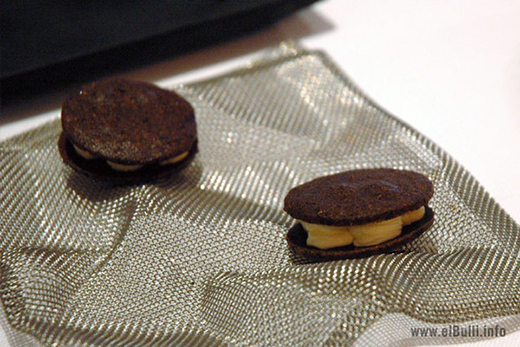 Adrià's version of Oreo cookies, made with salty olive dough and cream filling. 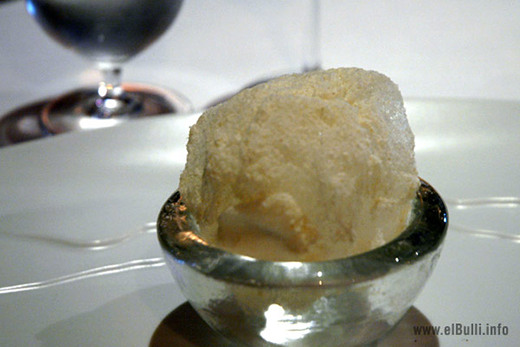 Popcorn cloud -- This 10 cm ball, in one bite shrinks to nothing but taste. 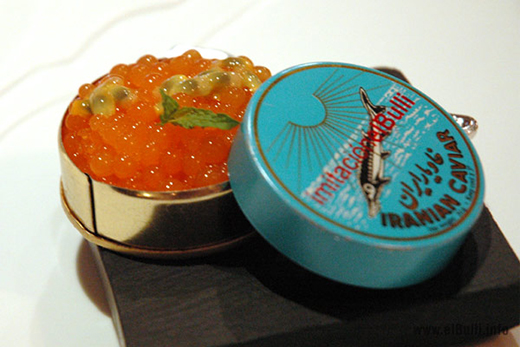 Melon caviar -- The caviar is turned into a sweet and juice imitation with a melon/passionfruit flavor. It is served packaged into El Bulli's copy of an Iranian caviar tin. 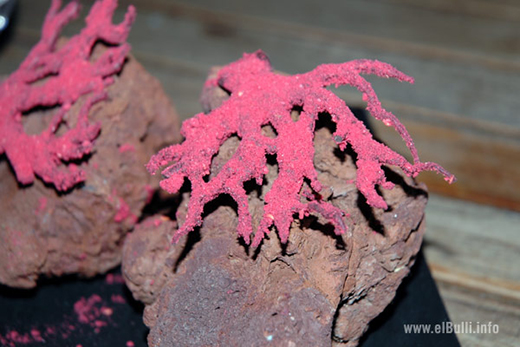 Now that El Bulli has closed, I still maintain my curiosity for this pioneering culinary experience, and it’s still one of my life goals, to make a culinary pilgrimage and eat a meal prepared by the Adrià brothers.

We’d love to hear what you think. Have you eaten at El Bulli? Or any deconstructivist restaurant? Is deconstructivist cuisine destroying culinary history or reshaping it? How does it change our expectations for the future?