It’s been two weeks since Hurricane Sandy hit the East Coast, and the tales of its devastation have since been told across every imaginable media platform, with details captured in real-time as they happened and after-the-fact pieces that captured the broader scope of the once-in-a-generation event.

Today, Mindjet posted a piece entitled Hurricane #Sandy: Socializing Traditional Media, accompanied by an infographic designed by JESS3 (see below). The article captures the incredible profusion of posts, tweets, tags and other digital matter we call social media, as well as the power of all media, whether digital or analog, online or offline, to become social media in times of crisis as we share it and integrate it into our community activity. 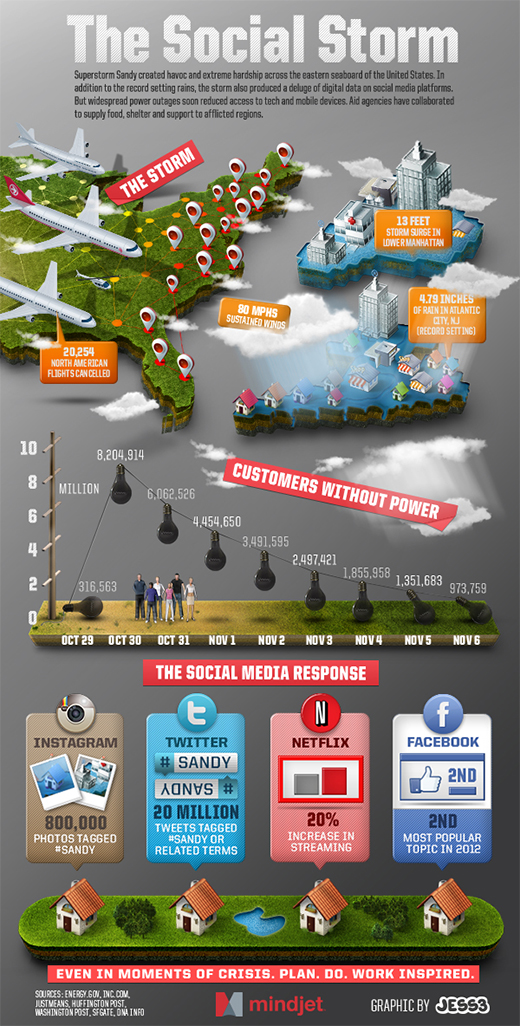 Our friends at Kinvey also shed some light on the role of media and communication during Sandy in their new Slideshare, The Role of Mobile in Hurricane Sandy (embedded below), highlighting the ways that mobile technology helped people prepare for, combat, and recover from the storm.

The Role of Mobile in Hurricane Sandy from kinvey