Star Wars fans and Medieval art historians rejoice! Thai artist Chawakarn Khongprasert managed to juxtapose the beloved Star Wars, and illuminated Medieval Maniscripts.  Chawakarn has managed to bridge connections both as a visual storyteller and as a technical illustrator.

Not sure what illuminated manuscripts are? See the following images. Not sure what Star Wars is?… You’re hopeless and sad and should probably stop reading this article. 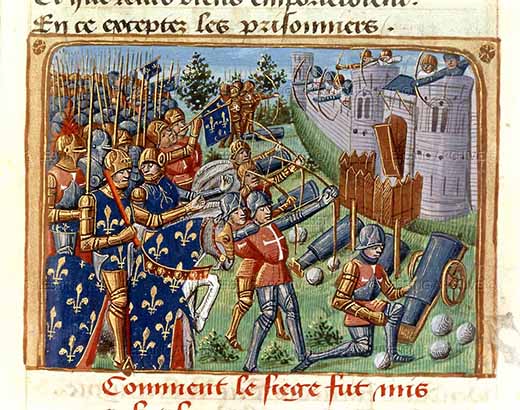 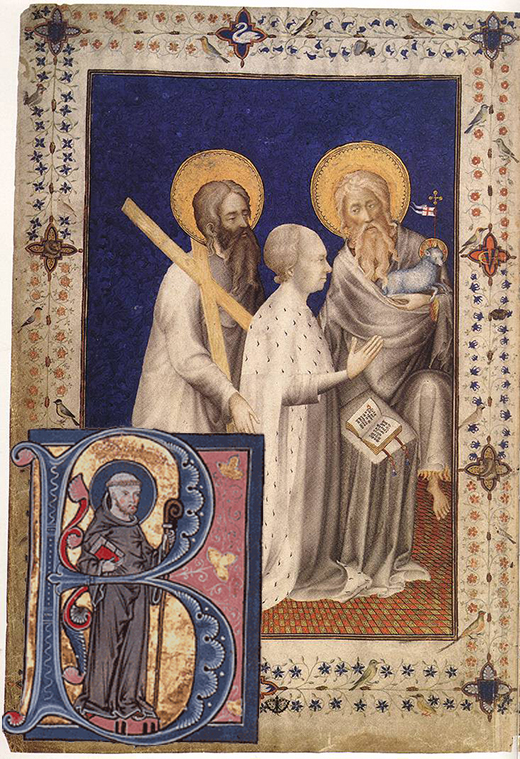 Chawakarn has managed to painstakingly de-construct the medieval 3 layered “foreground, mid-ground, background” landscape techniques and make them native to the Star Wars galaxy, you might recognize Hoth, Tattoine and Dagobah landscapes. 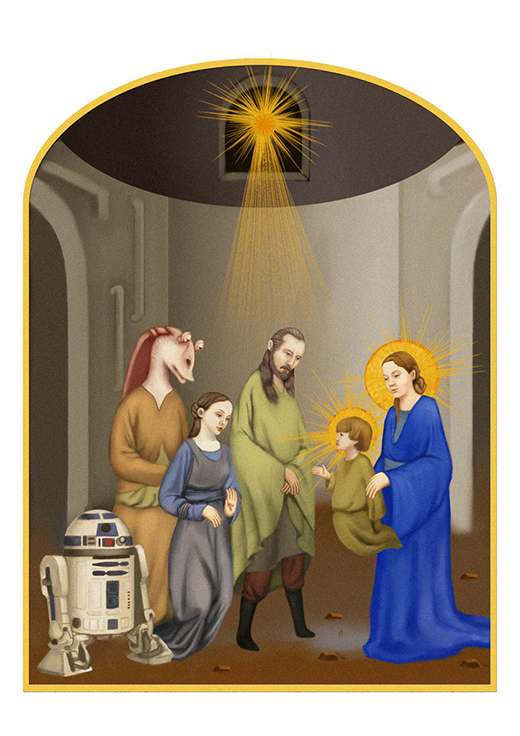 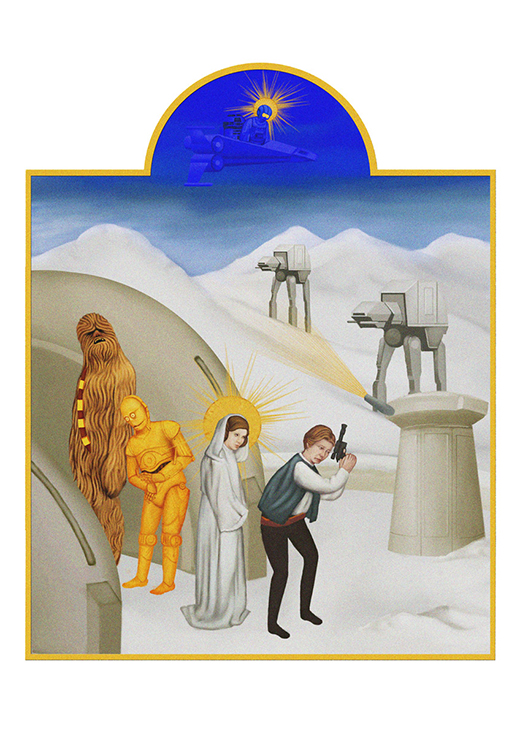 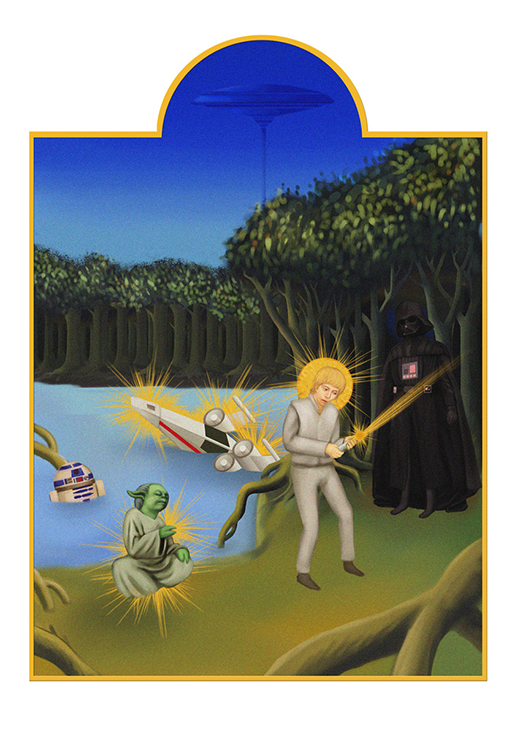 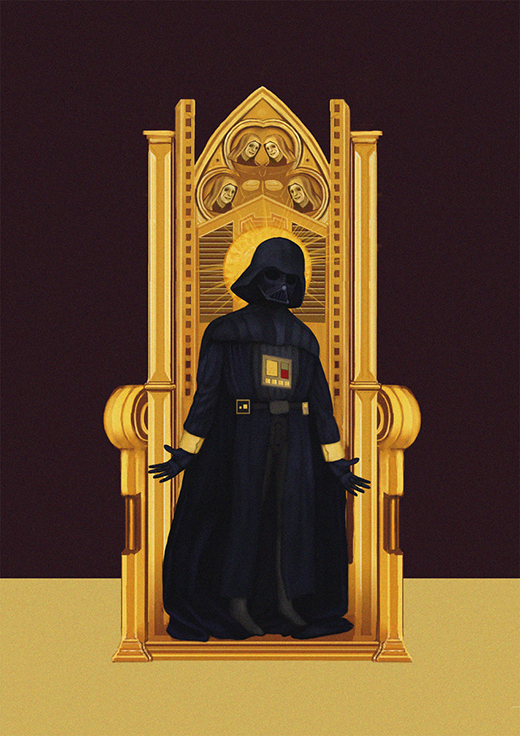 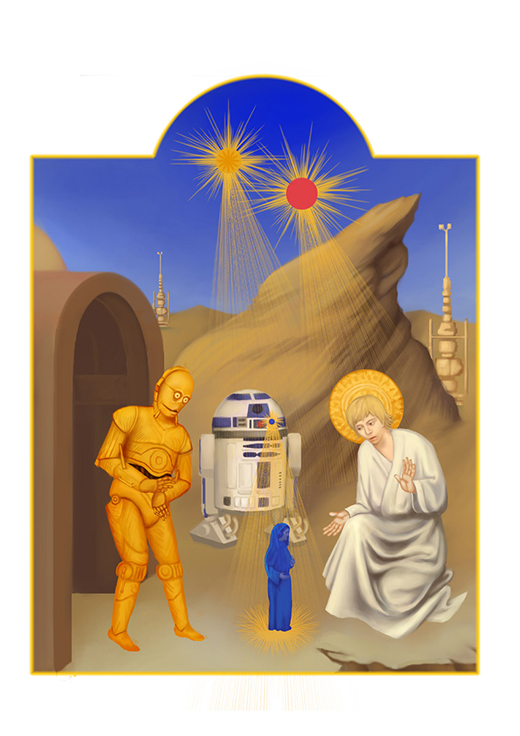 I appreciate how the illustrations are architecturally framed within the composition. The characters of “The prophecy” were given the medieval sainthood treatment with a golden halo ring framing their heads. The illustrations took on the soft edges and gold leaf treatment as influenced by the medieval manuscripts. The figures seem to have contorted expressions and limp body posture. The light sabers made me smile, replacing the neon colored glowing light saber with a burst of holy light.

Illuminated manuscripts are also praised for their illustrative ornamentation and embellished hand painted typography. This is where I feel that Chawakarn wasted an opportunity, there is such an intricate system of icons and symbols within the Star Wars universe which would lend itself to a powerful ornamental frame. 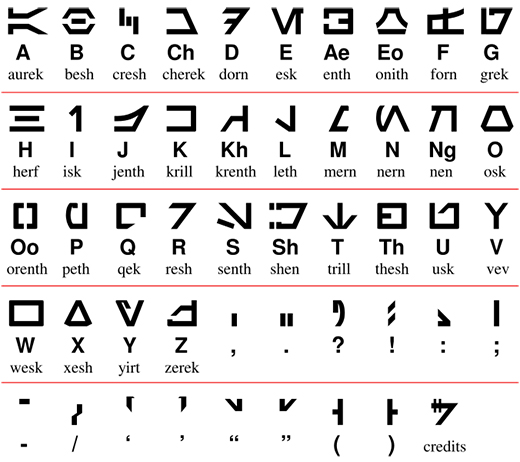 The Star Wars universe also has its own language “Aurebesh” (Yup we are getting into the upper eschelon of Star Wars Nerd-dom, buckle up). Incorporating Aurebesh could’ve been a great opportunity to explore and typography of the Star Wars universe while keeping it consistent with the Illuminated manuscripts.

I give Chawakarn’s series of Star-Wars-Tastic Illustrations 4.5 Darth Vader heads out of 5.