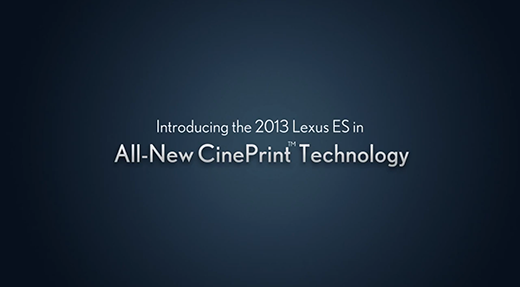 Lexus has launched Cineprint™ to animate the advances of the new 2013 Lexus ES in a truly unique way.

Cineprint™ allows users to bring select print ads to life by placing an iPad underneath the ad, thus illuminating and animating the ad. 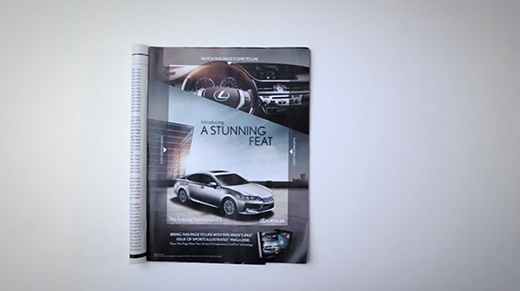 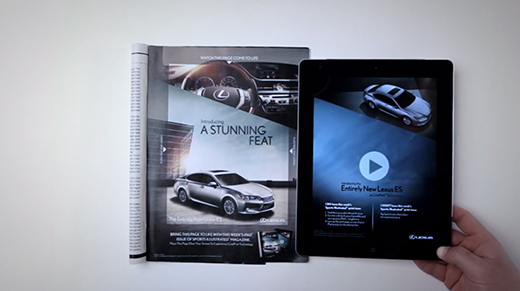 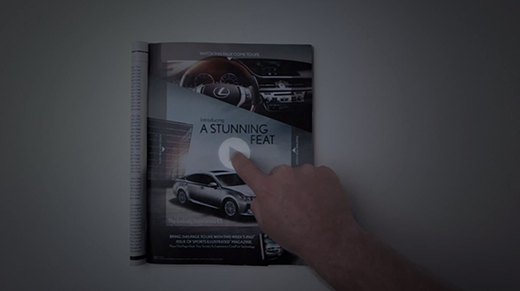 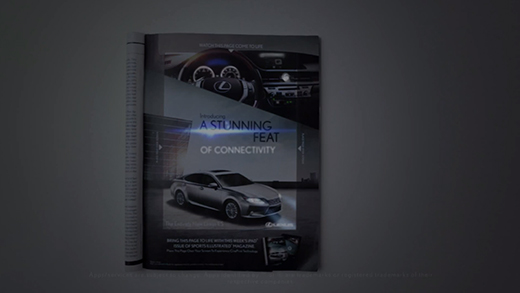 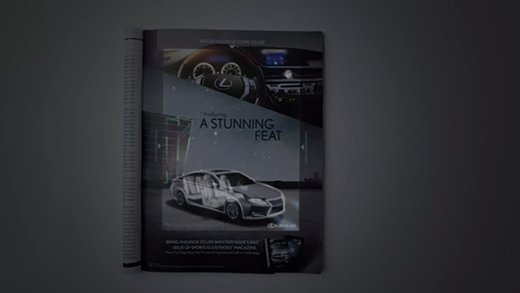 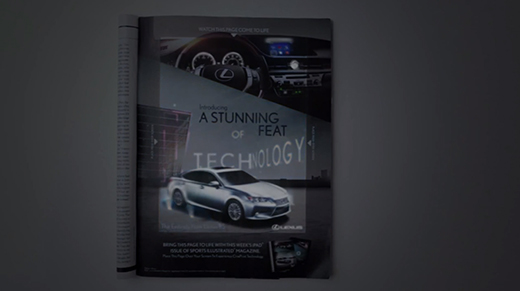 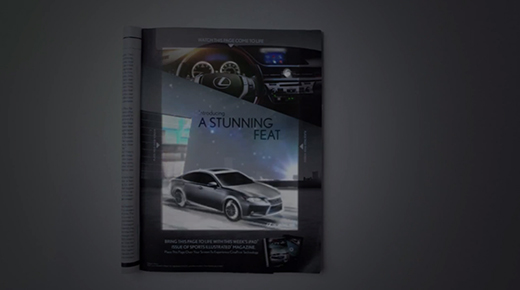 While visually compelling and truly unique, I must play devil’s advocate. Even if I have the proper magazine containing the ad and an iPad, am I going to take the time to do this? I am unsure as to whether or not I would take the time and effort to view an ad. And even if I did, is it something I would do more than once?

Granted, I think that this technology has room outside of advertising, Children’s books, comic books, and other forms of print media may be better suited for something that requires the commitment of owning and bringing these two forms of media together from the end user.

Though, again, do you really need both print and digital to have an engaging experience with children’s books, comic books, and the like?

That is probably a discussion for another time.

What are your thoughts?