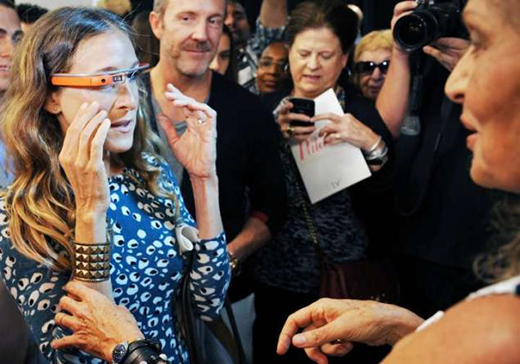 I’m five foot six… on a good day. That being said this new video by the one and only Diane von Fürstenberg for her Spring 2013 collection is probably the closest I’ll get to a catwalk besides, you know, winning a golden ticket, selling a kidney, or putting my family’s cat IBK (Itty-Bitty-Kitty) on a leash. No thanks, this will work fine thank you.

What’s great about the video is not only do you get to see the woman that is DVF, but you get a front row pass to Mercedes-Benz Fashion Week and a real look at new Google technology. Oh yeah, I’m leaving out the best part. DVF and her models, are donning glasses, Google glasses. Holy cow, girl-nerds everywhere (myself included) have something to be excited about. Okay technically, Google wants to separate themselves from the colloquial term known as glasses so they’ve changed their product name. The name of their device is Glass (I think). For 1.5k a pair, they should’ve just jumped to transparent gold, but sure. Anyways, back to Glass, dare I say it, fashion and tech are getting married. I’m surprised the earth didn’t just collapse within itself. You will understand after you watch the video. It’s cool.

Why is this a big deal? Well really, it’s not. I’m trying not to get excited. Mainly because let’s be honest here, those glasses are not really, how-do-I-say… attractive. Without the gadget, they would not be purchased. I can see them being thrown into the same garage sale as the cell phone from 1992. Plus, expensive material possessions aren’t really my thing, unless you’re talking about my iPhone, my iPad, my MacBook, or my shoes (sandals-boots-heels; I’m not picky here). All of these things serve a very useful function in my life. Really though for me fashion usually takes a backseat — minus the shoes, you should just see some of the abhorred things in my closet that I’ve worn (in public). They would scare you. Tech takes priority at this stage in my bank account’s life. To put things into perspective about just how much I’ve given to Apple let me tell you this story. Note that besides the device list above, I haven’t even taken into account the numerous people (including my parents) who I’ve convinced to purchase Apple products. All I know is I’m better than the teen in China who sold his kidney on the black market to get an iPhone and iPad. There are limits. 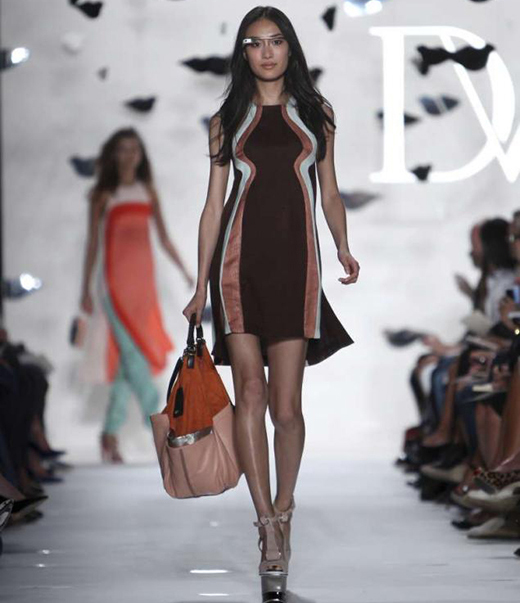 But, let me tell you. There was a time I dropped my iPhone (no, I’m not telling you when exactly, but it happened). Needing a plan of action and way to communicate, I looked at my bank account to see what I could do. I soon realized if I purchased yet another iPhone I would have less than $20 to live on for 3 1/2 weeks for gas, groceries, and other (bills were already paid, but still).

What did I do? I walked everywhere and ate Ramen – oh and sold things on CraigsList so I could have an iPhone. Dumb thing to do, yes. What would a reasonable person have done? Bought a clunker. Did it work out for me in the end? Indeed. Would I do it again? Eh, probably. And I don’t believe I’m the only one. These poor victims of Jimmy Kimmel were chomping at the bits to come up with reasons why their current iPhone is worse than the new iPhone 5. I mean at least I let my phones break before I upgrade models (intentionally, maybe?), but I don’t just buy the new one because it’s newer and better (riiighhht):

The point being is that tech is expensive, but people want to buy the product. Apple is now the richest company in the world for a reason, it’s not like that up-charge is to compensate for them feeding orphans. And here is the kicker, we know all of this and still pay for it (the expensive tech) multiple times over. Because tech, as well as fashion, gives you something you probably cannot give yourself, people pay for it. We justify it. Some people save for it (me), and those who can, splurge on it.

Tech makes money, fashion makes money, therefore tech-fashion will be loaded. Yes, I’m dubbing it tech-fashion, because as of its new marriage on the catwalk, it should no longer be called tech-gear. You do not find gear on the DVF catwalk. You find fashion. Gear is for when you are going out into the wilderness and you don’t want to get lost so you grab your gear, like a GPS. However, I say that and these guys are wearing their high-fashion Glass ( woah, what is plural of Glass? without being Glasses?) all while parachuting…

For one I was thrilled to see Google make an appearance at Fashion Week. I knew I was going to like the collision of worlds, but what I didn’t know was how impressed I was going to be with DVF and her new 2013 campaign for women. (It might not be new. I maybe just didn’t know about how awesome she was. Shhh.) Don’t judge me, but I got chills from the video. My favorite line, “My goal in life is to tell every girl, every woman in the world that they can be the woman they want to be.” Uhm, I’m going to print it out and staple it to my wall for the next time I’m eating Ramen and in-need of inspiration (which will hopefully not be anytime soon, I’ve had enough — cough cough, recession). One day I will purchase something DVF has designed just because of that one line I heard her say… and because of her fashion/technological joint efforts. 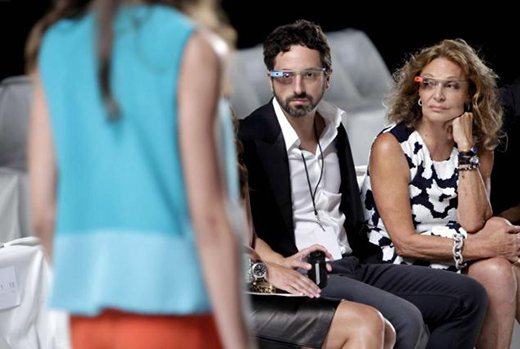 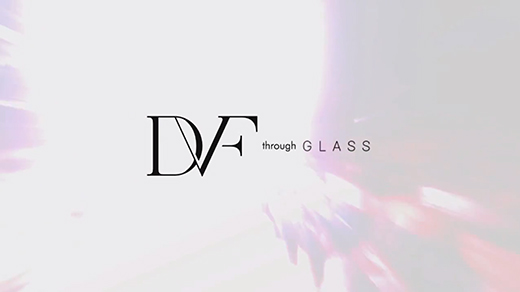 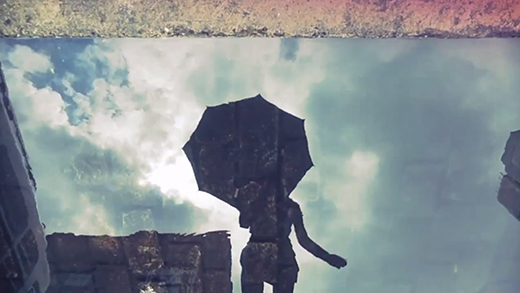 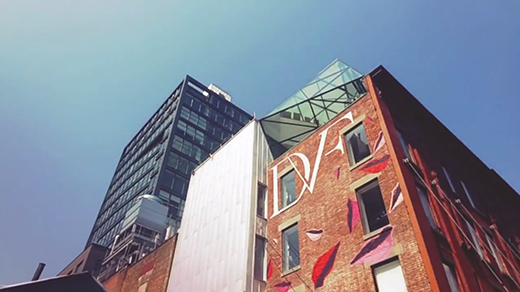 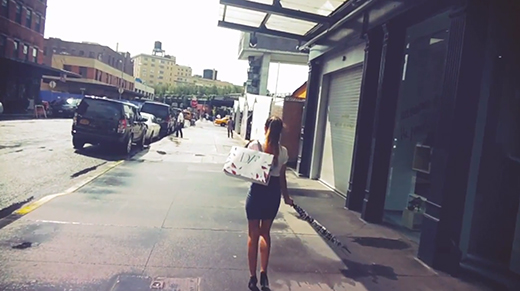 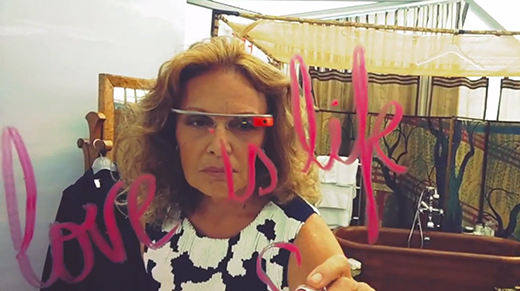 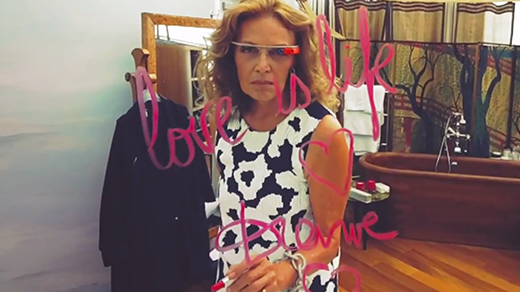 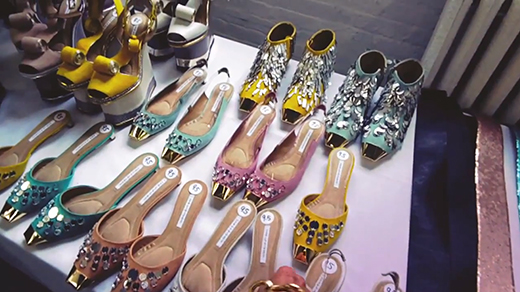 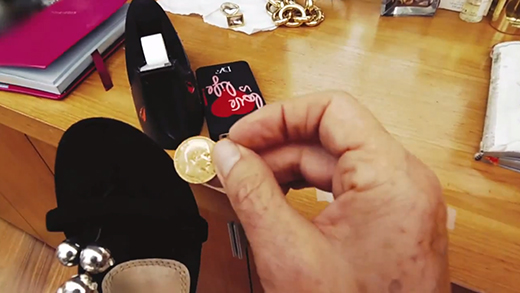 She tapes her father’s lucky coin to the inside of her shoe… I love it. 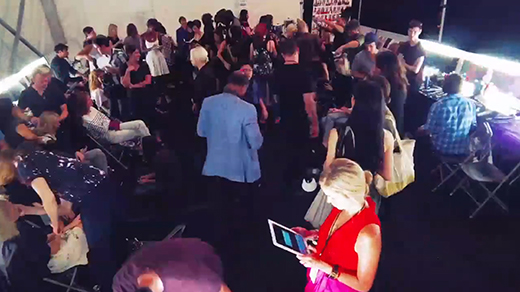 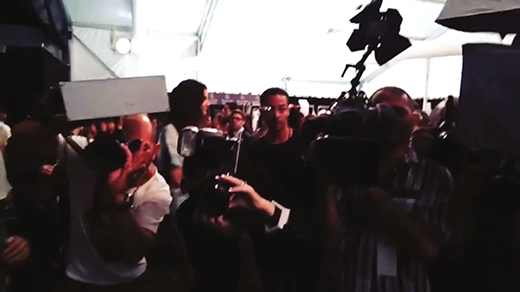 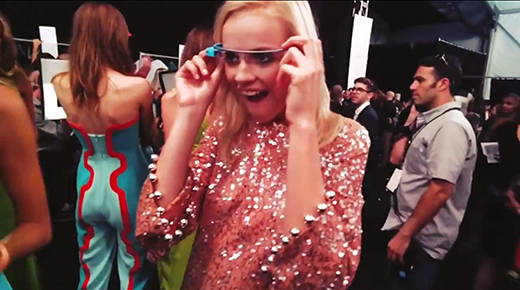 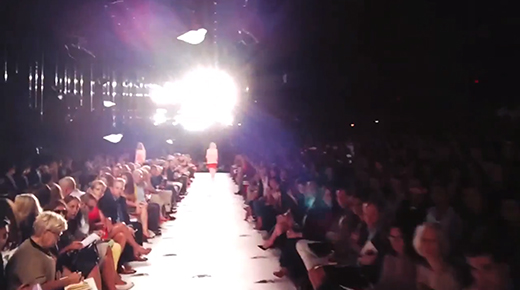 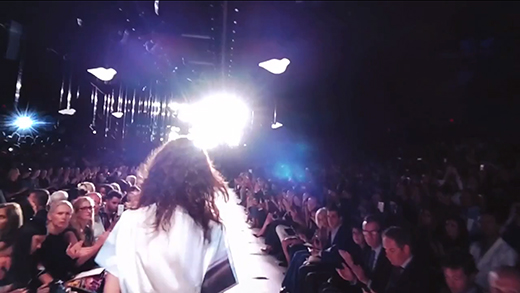 “Have fun and be beautiful.” – Diane von Fürstenberg