There’s no question that the headlines and results coming out of Iowa on Tuesday this week was a surprising upset for the Rick Santorum campaign.

This end result was foreshadowed by Google search data that was exclusively broadcast live on Fox News throughout the day. Through JESS3’s multi-faceted partnership with Google for the 2012 Elections, we were on the ground in Iowa to find insights from Google search results and design on-air graphics for the Fox News team.

If you haven’t heard by now, Mitt Romney won the Iowa Caucus on Tuesday by a narrow margin of only eight votes over Rick Santorum – the second closest caucus race in US history. But what’s fascinating to note is the parallel to the search trends and rising search trends culled from Google’s Insights for Search. 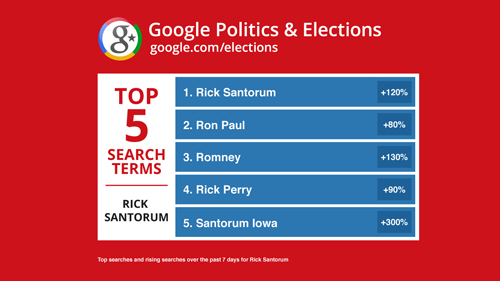 Over the past seven days leading up to the Caucus, there was a 300% increase in rising searches for Rick Santorum in the state of Iowa. From on the ground at the Google Hangout in the Iowa Convention Center, the JESS3 team helped identify this very trend on site Tuesday morning. We then translated it into one of the many on-air graphics John Roberts used throughout his reports on FOX News on Caucus day. 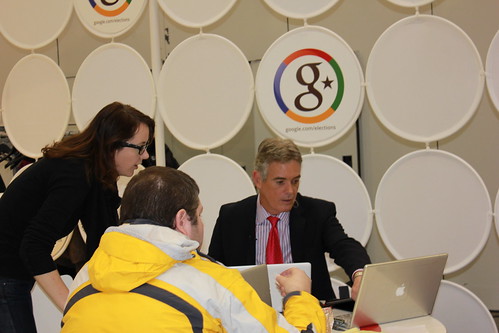 Fox broadcast numerous other pieces of JESS3-designed Google data across 7 segments. Other interesting trends and data included the top issues Iowans were searching for in 2008 versus 2012, as well as the search trends for the negative stories that have dogged the candidates in this cycle. 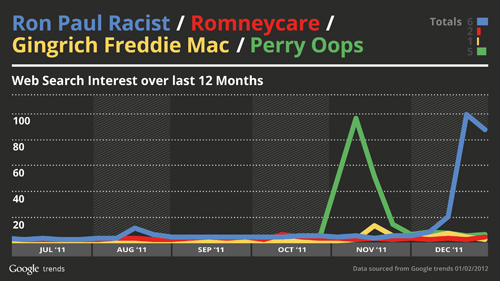 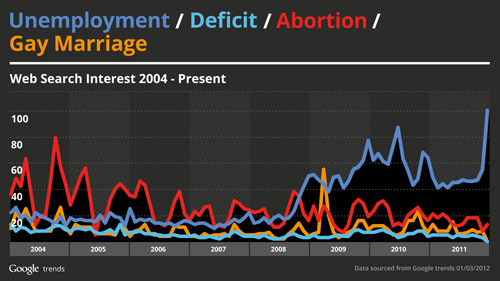 It was also fascinating to see the top political terms Iowans searched during Caucus day and then again as the 7 pm polling began. 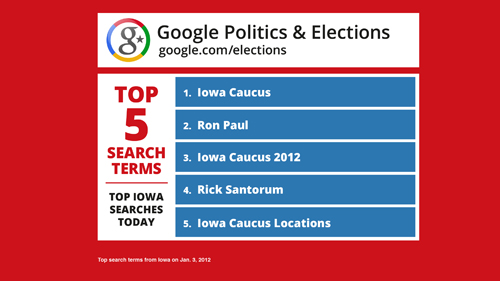 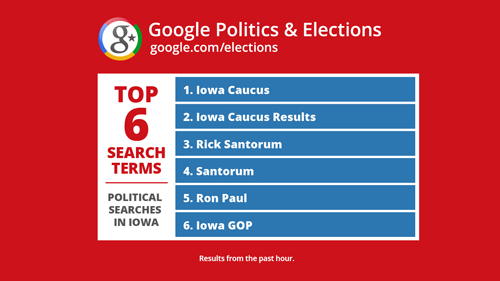 In addition to the data search trends and terms Google supplied, FOX News also reported on YouTube videos from Google’s On The Ground Map , which featured content from across Iowa.

Beyond FOX News’ reports from the two mega Google Elections Center touch-screens, for which JESS3 developed the content strategy and on-air graphics, the Hangout space at large was one of the most amazing campaign trail hubs available for journalists on the go. 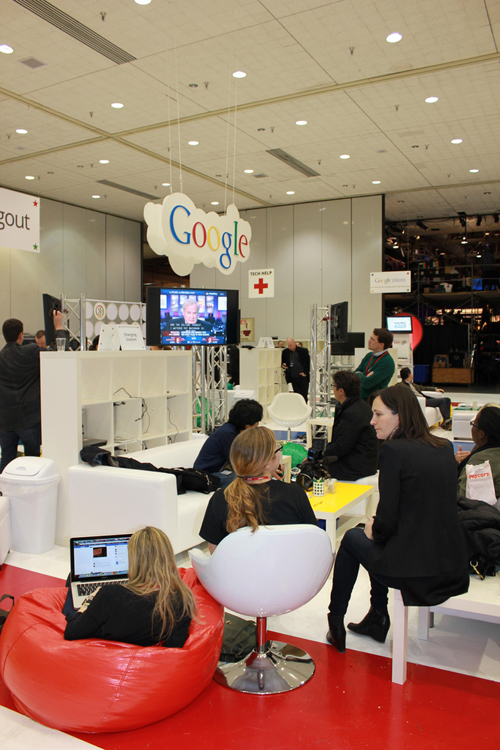 In the true Google spirit, journalists could not only gain credentials, but also access high-speed and reliable Internet, check-out Chrome books, grab a free latte or hot chocolate, learn about and use Google tools at kiosks, create a photo shoot at the Google photo booth, and of course snatch up loads Google goodies, like mittens and scarves cutely adorned with the Google logo, specially provided to help provide some warmth from the chilly Iowa weather.

There were high-profile campaign sightings at the Hangout from both sides of the aisle as Debbie Wasserman Schultz and Donna Brazile (the top 2 leaders of the DNC), and Michael Steele (former Chairman of the RNC) both said hello. Google even taped a quick interview with Iowa Governor Terry Brandstad, welcoming everyone to the Google Hangout. 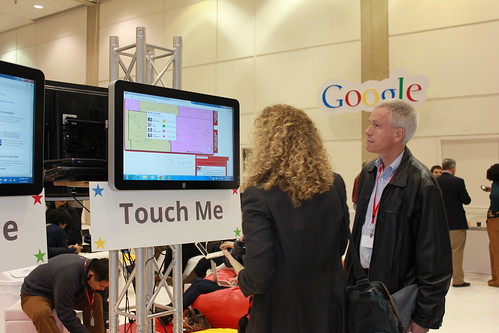 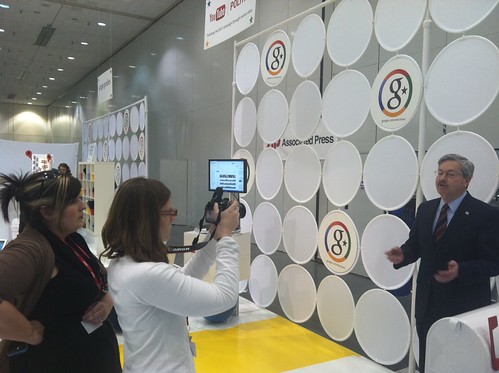 Among journalists enjoying the relaxing and resourceful Hangout were David Gregory from Meet the Press, Chris Matthews and Eugene Robinson from Hardball, Joe Scarborough and Mika Brzezinski of Morning Joe, and dozens of local TV anchors. 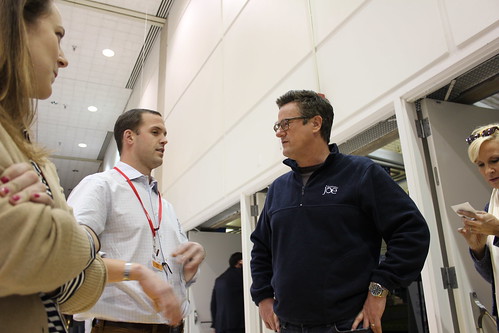 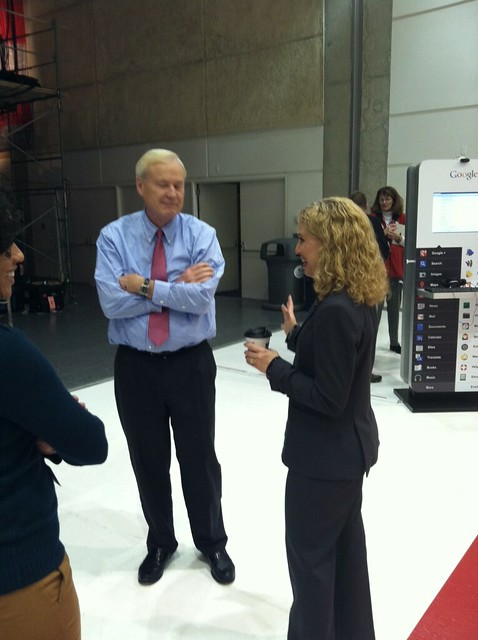 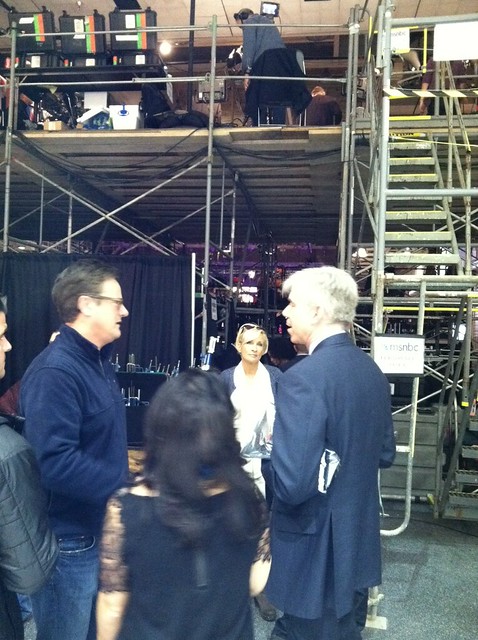 On the other side of the Hangout, was the Media Filing Center, where more than 1500 credentialed journalists reported Monday and Tuesday. In the background of these shots were the Google-branded stage screens and scrims, custom developed and designed by JESS3, as backdrops to their reports. Without knowing this is what What we transformed into throughout the course of the day was a full newsroom / production team, churning out the hottest content (in both data and design) relating to the elections. We did this with the close work with our design members from afar, which was an incredible feat in and of itself. When you’re working with live TV, make or break time can literally be only a matter of minutes. 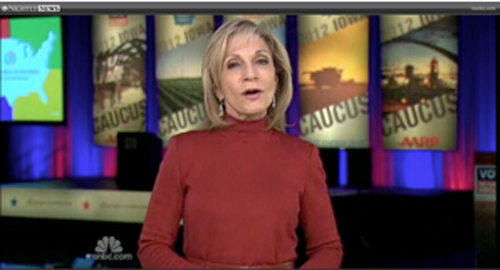 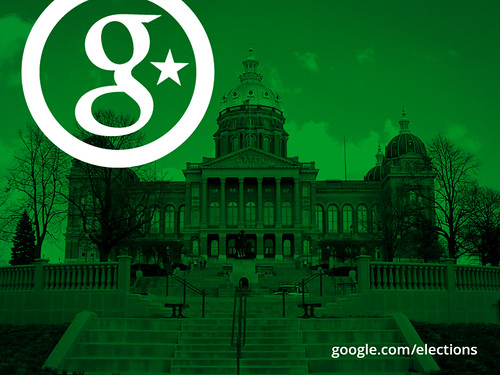 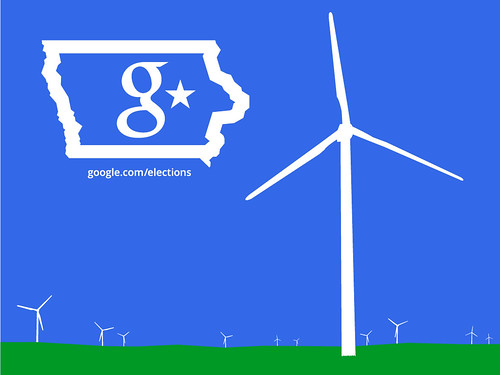 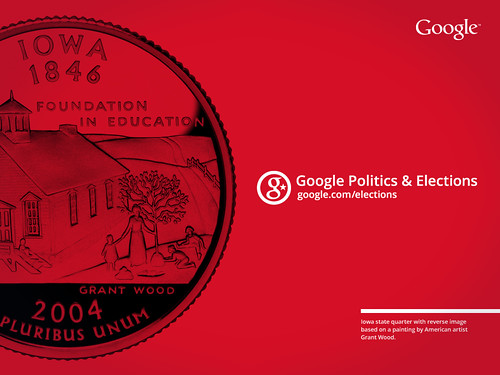 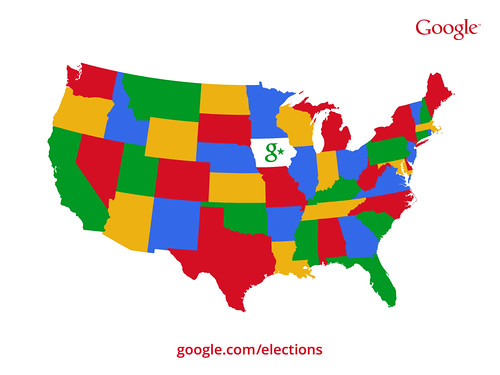 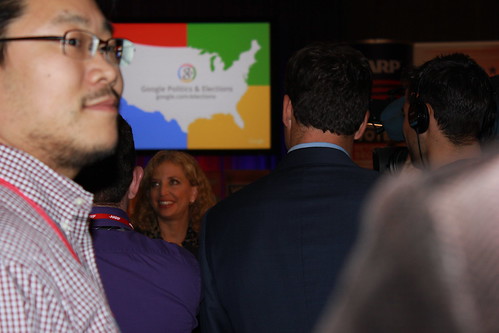 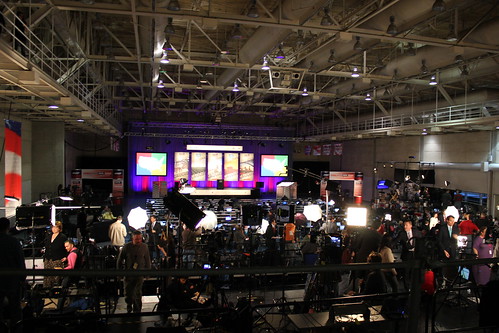 It was also exciting to see the launch of the Google Politics & Election Google+ page, which quickly grew to nearly 11,000 followers in only five days. The page has featured recorded Hangouts the JESS3 team helped execute with several journalists, including Ben Smith of Buzzfeed, Chris Johnson of the Washington Blade and Pema Levy of Talking Points Memo.

It was thrilling to see a new door opened to journalists for their reporting by Google – from Good Morning America conducting live Hangouts on their Google+ page, to journalists using the real-time Results Map on the touch screens posted throughout the Hangout space, or even FOX reporting on data no other media outlet was using on Caucus day, with John Roberts pulling up and exploring Google’s Search for Insights on his iPad. 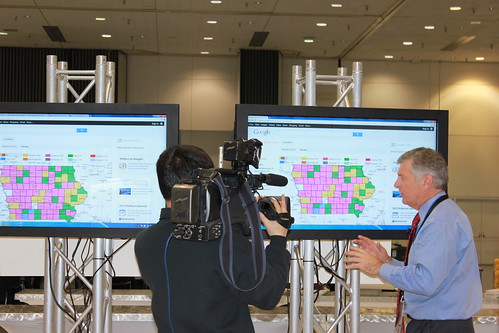 To call the media coverage we’ve already seen about the impact Google has made on this very early stage of the 2012 cycle “exciting” is no doubt an understatement.

We’ve seen TwitTv name Google the tool of the week in its live webcast, and the headline that has perhaps populated the most goosebumps is US News and World Report, titled “2012 Proving To Be First ‘Google Election’”. NBC’s Luke Russet shared a similar sentiment in a tweet that made us all smile: “By the way Google, drop the mic after your #Iowa results map–superb.”

It’s hard to believe that seven months have already flown by from the last summer when we first sat down the Google to forge this powerful partnership and strategy for the 2012 Elections, but it’s clear that solid groundwork has been laid as we begin to see this program launch.

But most importantly, JESS3 feels both obliged and honored to take this moment to raise our glass to Google, as a thank you for being such a great client partner and for making the world a better place — from the fun side of life, to the more serious. 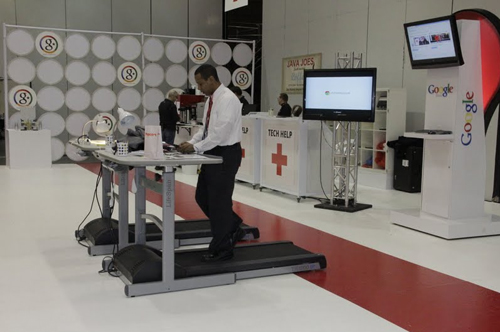 To rising as a leader in offering perhaps what will become one of the greatest impacts on how voters and the media report on and analyze data related to the elections, and in turn, our next President of the United States. 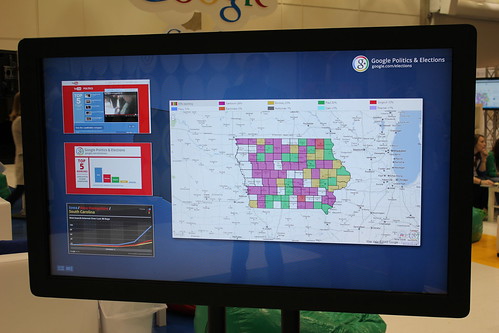 Next stop on the campaign trail is New Hampshire, so be sure to tune into FOX on Tuesday to learn what Google’s data is telling us about this state’s search for our next President.