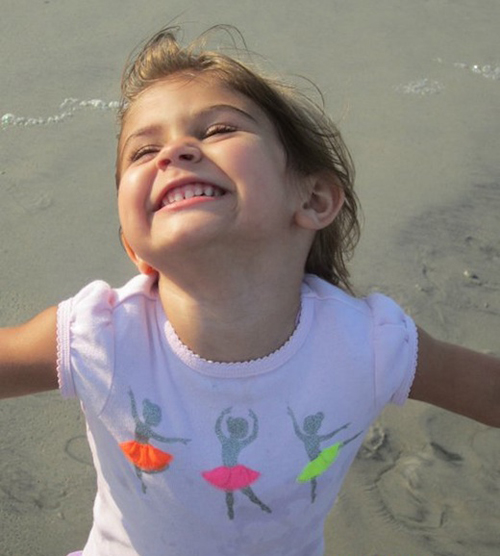 On Thanksgiving morning I ran my first ever 1 mile Turkey Trot with my niece, she’s 3-years-old. We finished the race together in 16 minutes. As we ran, I was dumbfounded by her determination and endurance. There were no other children even close to her age at the event; the only other kids were a group of eight year old boys. Every time I would ask her if she wanted to stop and walk, she would reply, “but then I won’t beat the boys!”

We ended up finishing behind the guys, in “second place.” That’s why I couldn’t help thinking about my niece and her impressive run as I read Louis C.K.’s interview with Fast Company.

According to Louis, the next Steve Jobs “will totally be a chick, because girls are No. 2–and No. 2 always wins in America.” As my niece and I finished the race, she was only briefly upset about not passing the boys and coming in “second.” Instead, she looked over to the group about to start the 5k Turkey Trot and said “can we do that next year?”

At the time, I laughed at her wild ambition, determination, and what I believed to be “outlandish” goals. But after reading Louis’ insight, I’ve had a change of heart. The new generation of women do not have the confidence issues of past generations. They’re stronger, feel more entitled, and still possess that same crazy determination to “make the greatest version of something.” That’s why my niece and I will be Turkey Trotting again next year.