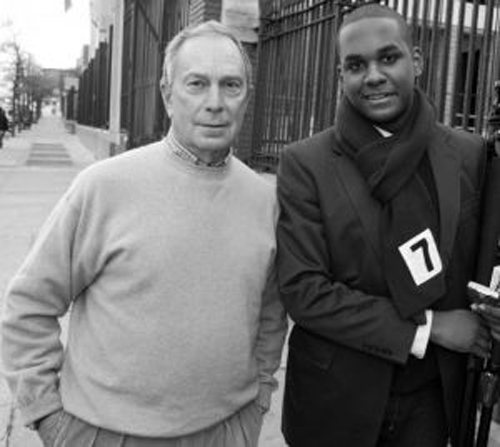 Gene Marks’ Forbes piece “If I were A Poor Black Kid,” really rubs me the wrong way.

The charter school I went to, Bronx Prep admitted students by lottery, meaning they dig their hands into a hat and pick from a large applicant pool, I was lucky.

Working hard, covering the 2009 city-wide election, I tried my hand at attending a public high school -not just any- one of the city’s best.

New York City Lab School, billed as the “private school” of public schools is made up mainly of students who live in Manhattan’s richest neighborhoods : the Upper East Side, Murray Hill, SoHo and Tribeca. I did not fit that mold, although I tried.

The New York Times took notice, they believed in me.

My clothes, which boasted labels such as Bergdorf Goodman, Burberry and Banana Republic all came from thrift stores, in an effort to fit in.

It was at Lab where I met my white girlfriend, whose parents love and care for me as much as my parents (a hospital worker and a immigrant entrepreneur) do.

In 2008, I was empowered to take action. I refused to be that poor kid that falls to the wayside.

A journalist by nature, DoSomething.org aided me with $500 to create a program that taught journalism to underserved middle schoolers at my school.

DoSomething.org continued to believe in me aiding me with All You Can Jet tickets to create a documentary on “The Rise of Islamophobia in America.”

Thanks to C-SPAN, my work was commended with a $250 check.

College tuition for me is supported by a Pell Grant, a government grant that provides $5,000 towards the cost of tuition and small loans which I can easily pay back.

To say inner city kids don’t know what’s available to them is foolish. Schools are oozing to partner with not-for-profits and winning grants almost weekly to afford them a good education.

Appointed as an education commissioner in 2006, I helped create a framework that specifically dictated that students ought to be educated in a holistic approach. That learning doesn’t start with test prep and end with test results.

“Many of these kids don’t have the brains to figure this out themselves,” Marks writes.

What about the kids who in the midst of going to the library to play games on the computer who also sign up to learn to play chess?

Education reform, community empowerment, initiatives like this, this and this improve the lives of poor children. 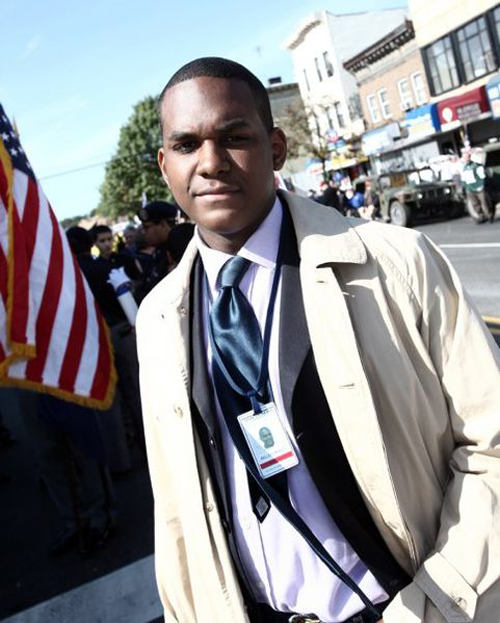 Our Director of Strategy Brad Cohen, formulated his own response post to the Gene Marks piece as well:

Gene Marks is a Jerk. Wait – scratch that… I meant “The Jerk.” His article about what he would do if he were a poor black kid is just a high profile illustration of the fact that he does not understand what it would be like to not be privileged. I will certainly grant him that it’s a difficult thing to do. Most of us have a hard time truly putting ourselves in the shoes of another, but this kind of idiotic piece that is riddled with assumptions of what he would be able to accomplish in a hypothetical disadvantaged situation is just ridiculous.

It’s like a dark alternate universe of Steve Martin’s “The Jerk” – where instead of being a sympathetic well-intentioned moron, the main character walks through the world as a white man proclaiming “If I have been able to do these things, why haven’t my brothers, who are also black, been able to do the same?!”

He is shamefully ignorant that if he were in a different situation more would be different about him than just the color of his skin. These kids to whom he has offered his amazingly bereft tips for success are not in need of a better website, they are in need of stability that allows them to change their priorities.

Gene Marks might as well be walking through the halls of a failing school yelling “Be smart! Everybody be smart!” Baratunde Thurston’s response crucifies him appropriately, and while I don’t doubt that Marks truly had good intentions, the question is what next? How do we improve upon this? I would really like to see a video of Baratunde and Marks discussing these issues, and perhaps taking Marks on a tour of what the real challenges to be faced are.