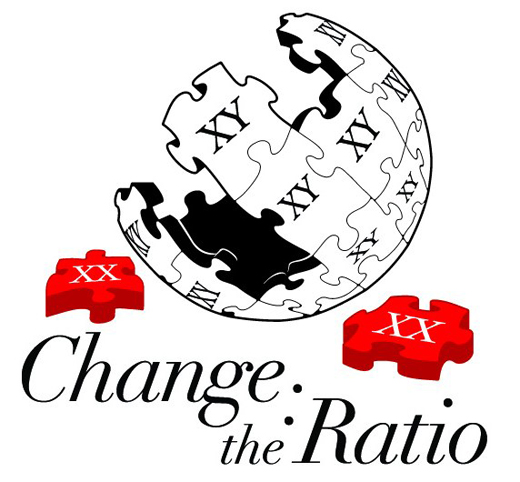 When you think about the need for more women occupying more power seats, what comes to mind? How about things like the boardroom, the C-suite, the Fortune 500 and the Forbes 400? What about places like Sand Hill Road, Silicon Valley, Wall Street, Capitol Hill and The White House?

As the world’s #1 resource site in the world, we should all take pause in thinking about what it means that less than 10 percent of the editors are women. As you will learn from Amy Senger, this imbalance plays out in a lot of insidious ways: from the way we conceive of the sexes, to what we prioritize in our “open to everyone” encyclopedia. Let’s dig in.

LB: One of your main projects has been to raise awareness and take action regarding the gender imbalance within the Wikipedia editor community. What are the steps you are taking and how can more women get involved?

AS: I feel so strongly and passionately about Wikipedia because it’s the #1 open knowledge resource in the world, and knowledge is power. Wikipedia strives to be neutral but inherently it’s influenced by the makeup of its contributors, which is primarily men. What’s going on with it in terms of the ratio of female to male editors (less than 1 in 10 are women) is symptomatic of bigger issues like women not embracing technology as readily as men, or women being more conflict adverse. For the most part, I think these behaviors are learned culturally (I wrote a very personal account of this in a blog post about my niece), so things like a half-day workshop (in the same vein as a SuperHappyDevHouse) which takes very little effort to organize, serves as a simple, grassroots solution to it. Many of the women who participated in the workshop we hosted at JESS3 had already edited in Wikipedia but were frustrated by things like the [wikimarkup] syntax or the nuances of engagement. At the end of the workshop, in a matter of a couple hours, every single woman left with more confidence about editing and contributing to Wikipedia. And 20% of the women who attended continued editing and making contributions.

I’ve created a Facebook event to get people to change their profile pics to the Change the Ratio logo on Ada Lovelace day this Friday (October 7) and have a series on “Wikipedia’s Battle for Diversity” part I, II and III.

LB: Can you reiterate the battle you had over the “Man” page? Do you believe having a more diverse group of Wikipedia editors will eliminate this problem? Or do you think other action is needed?

AS: For more than two years, if you visited the Man page in Wikipedia (which receives ~30,000 views a month), you would have found a section outlining (7) Characteristics of Masculinity that included qualities like “intellectual” “success-oriented” “ambitious” and “decisive.” The source cited for these qualities was from 1974. I removed the section, not finding it valid, and got into a minor “edit war” (in which me and another Wikipedia user went back and forth a couple times on the edit).

I think if Wikipedia had a more diverse editorial body, those characteristics wouldn’t have lasted on the Man page as long as they did.

LB: Your blog has a Women’s Issues section. What are your goals for these editorials? What would you like them to achieve?

For now we parse them out into “Women’s Issues” but really they fall under the edifice of cultural, social issues that impact men, too.

LB: A question I love to ask driven women, so I will ask it of you: What drives you? What motivates you to get out of bed, stay late and / or work on the weekends?

AS: Creating something I personally want to see and knowing I have the power to make it happen.

A current project I’m working on is to change the ratio of female to male editors in Wikipedia. When I first heard about a survey by the Wikimedia Foundation stating less than 13% of Wikipedia editors are women (it’s actually less than 10%!), I decided to leverage some of the insight and experience I had from teaching members of the Intelligence Community how to use wikis by launching a grassroots campaign. Using the tagline started by Rachel Sklar, I created “Wikipedia:Change the Ratio” to raise awareness, provide education and promote action to get more women contributing to Wikipedia.

LB: Have you ever encountered the “Glass Ceiling”? Was it possible to overcome it? How?

AS: I don’t believe there is a class ceiling. I think there is a “shattered glass floor” (cue John McClane in Die Hard) and a lot of women aren’t prepared to run on it.

When I was working for my first employer out of college,a well-respected Fortune 500 company, I had two experiences I wasn’t prepared for. The first was my married manager telling me that sleeping with him would be good for my career. The second was my direct manager grabbing me in a very inappropriate place during a work outing, in front of another employee. After I reportedly the incident and talked to some other women on the project, I started hearing about other women on the project having similar experiences so I organized a luncheon for the women on the project to talk about these issues and invited one of the highest female partners at the company to attend. Things on the project changed after that, with one of the project partners getting fired. But before that, there was a lot going on that wasn’t being reported or talked about and it was hurting the entire project.

Women have a voice. We need to use it. There’s power in it.

LB: How do you manage work / life balance? Do you find this balance more difficult as a woman?

AS: I focus on what’s important to me, what I love doing and what’s good for my health and well-being. Everything else I try to eliminate from my life.

Also, I’m with a man who is an equal contributor in the relationship and at home, and encourages me to be healthy, both mentally and physically. It definitely helps.

LB: You’ve worked in government, technology and now entertainment. What advice would you offer young women looking to create a career similar to yours?

AS: I’m in the middle of a major pivot in my career, going from working in tech for the Intelligence Community to screenwriting in Hollywood, and I have absolutely no guarantee that it will work out. I packed up all my belongings in DC and moved out to California with the sheer desire to create films with female characters I personally want to see on screen.

My short answer is: Be bold, take risks. Follow your passions, do what you love. Don’t try to please other people.

LB: How would you describe your approach to the world?

AS: Just do it (I should really be a brand ambassador for Nike).

LB: What, if anything, drives you nuts about male coworkers?

LB: You are one of the happiest people I know. So tell me, what do you like most about what you do?

AS: Right now it’s writing screenplays. Several years ago I read an internal report that stated having positive female role models in the media is one of the most effective ways to ensure a safer, better world. I woke up one morning with the entire plot and storyline for a movie formulated, so I started writing. I love creating characters I personally want to see on screen and who are inspiring role models for other women and girls.

To keep in touch with Amy, follow her @sengseng 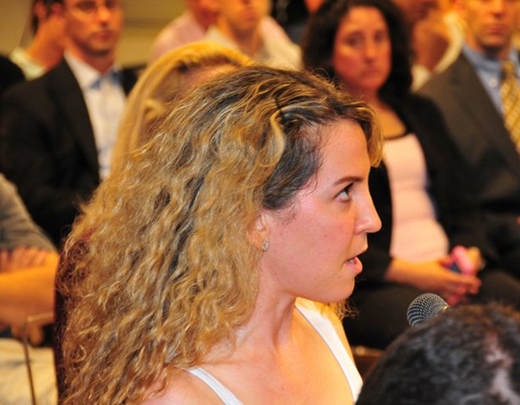 [Disclosure: JESS3 is honored to have partnered with Change The Ratio to provide their logo design.]