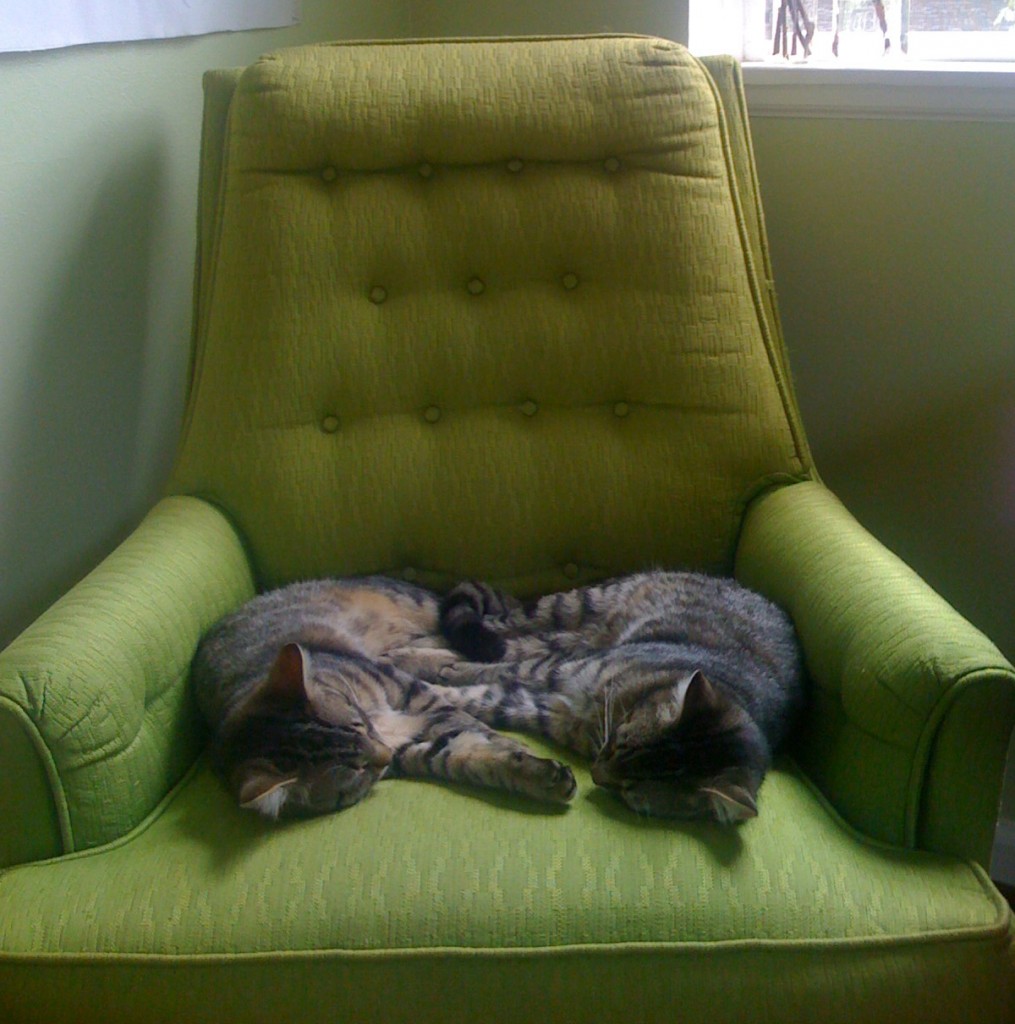 Brothers from the same mother, they have grown up exploring their love for boxes and lamb flavored cat food together. 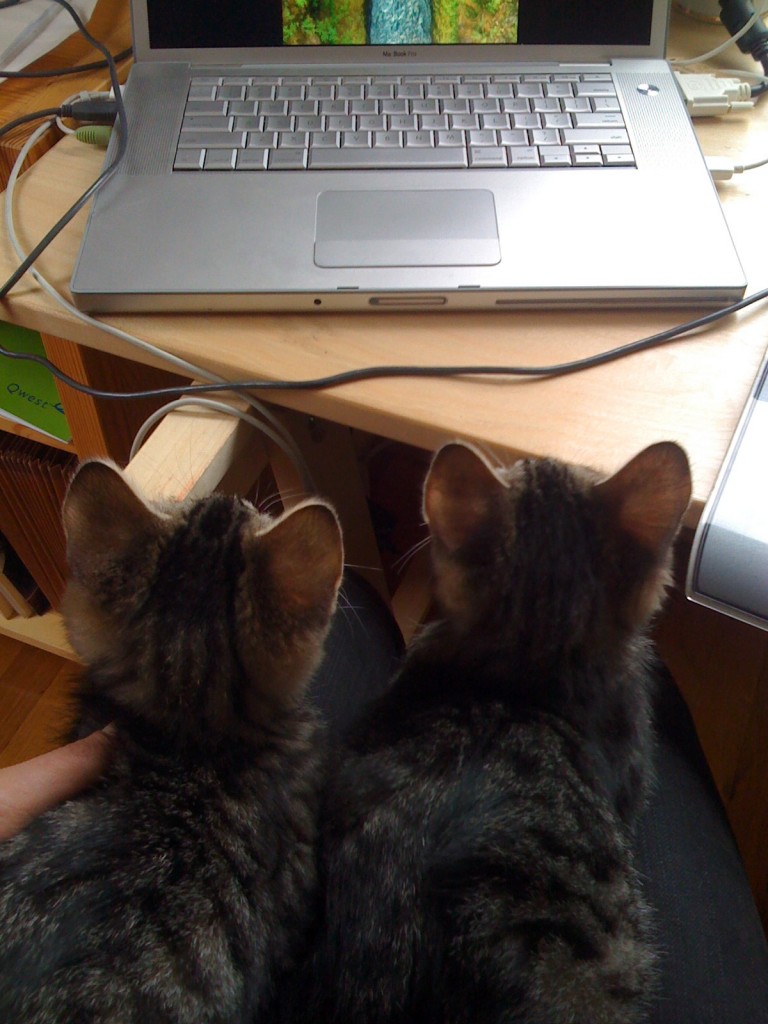 As with any brothers there are times of tension and discord. Froggy, for example, is very possibly bipolar, and likes to freak out and jump out the window a lot (note: a window designed specifically for him to jump out of when he wants to go outside). During the Portland summer Froggy becomes an almost exclusively outside cat, often refusing to come inside even to eat, but then as the rains return he goes from freak out mode to “Thank you for letting me have my space, and now your lap is mine” mode. Froggy’s independence is also shown in so far as he is almost certainly buddhist. He shuns the culture of “stuff,” working feverishly to claw off even the most simple and un-showy collars (no rhinestones here!), both because he sees it as a waste, and also because he eschews the idea of being “owned” by “people”. A big fan of headbutts, he uses them to show affection, most likely because he thinks he looks weird when he tries to ‘fist bump’ due to his elongated feline carpals. 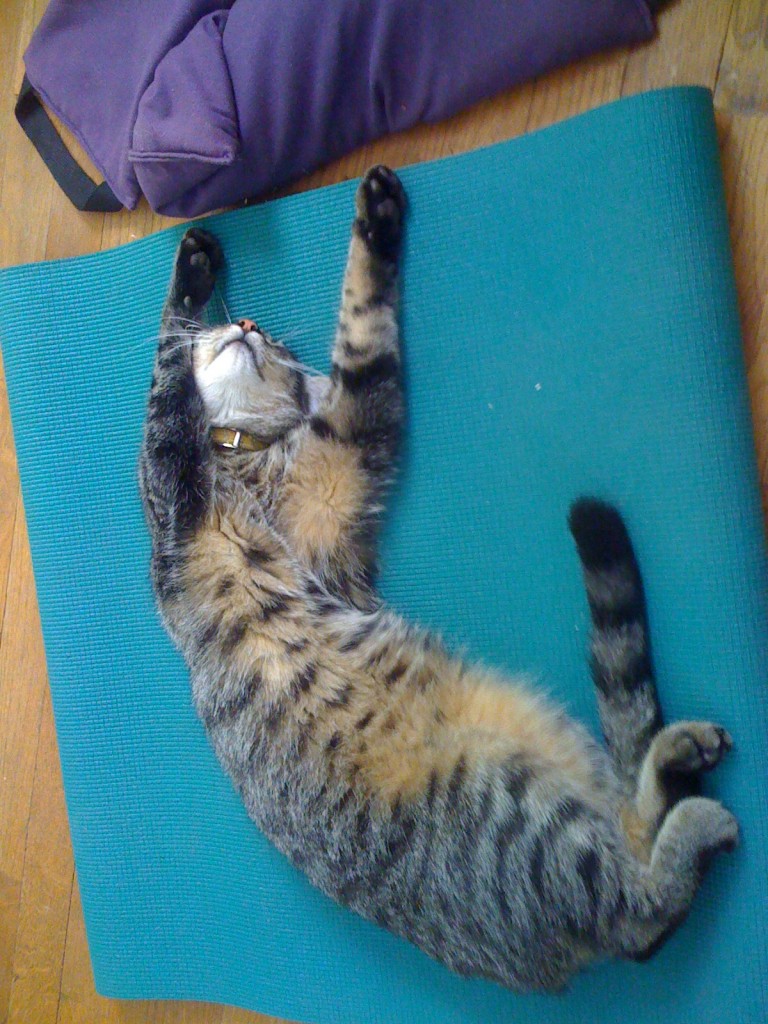 As seen in many of the included images, Stir Fry’s best quality may be his ability to go limp and be comfortable just about anywhere, especially if that place is *on* you. He is a truly exceptional lap cat who can calmly withstand dangling and complicated inversions lovingly foisted upon him by… well… all of us. Stir Fry is also extremely adept at finding the specific part of the floor that your current activities will cause you to traverse the most, and then lying down there. He is also good at eating Froggy’s food, and pretending like he’s the boss of Froggy, even though we all know that Froggy could take him in a fight, and are pretty sure that he actually did that one time when Stir Fry wandered home with a scratch across his nose. He is developing a new nickname of “Clumsy” or “Awkward” as a trend emerges of him failing to land relatively easy jumps and dismounts and generally producing thud sounds and essentially abandoning the core tenet of cat-ness, which is to say embodying lithe gracefulness. He is in the process of learning not to scratch the speaker covers whether he knows it or not… dammit.

Here is how he greets us when we get home: 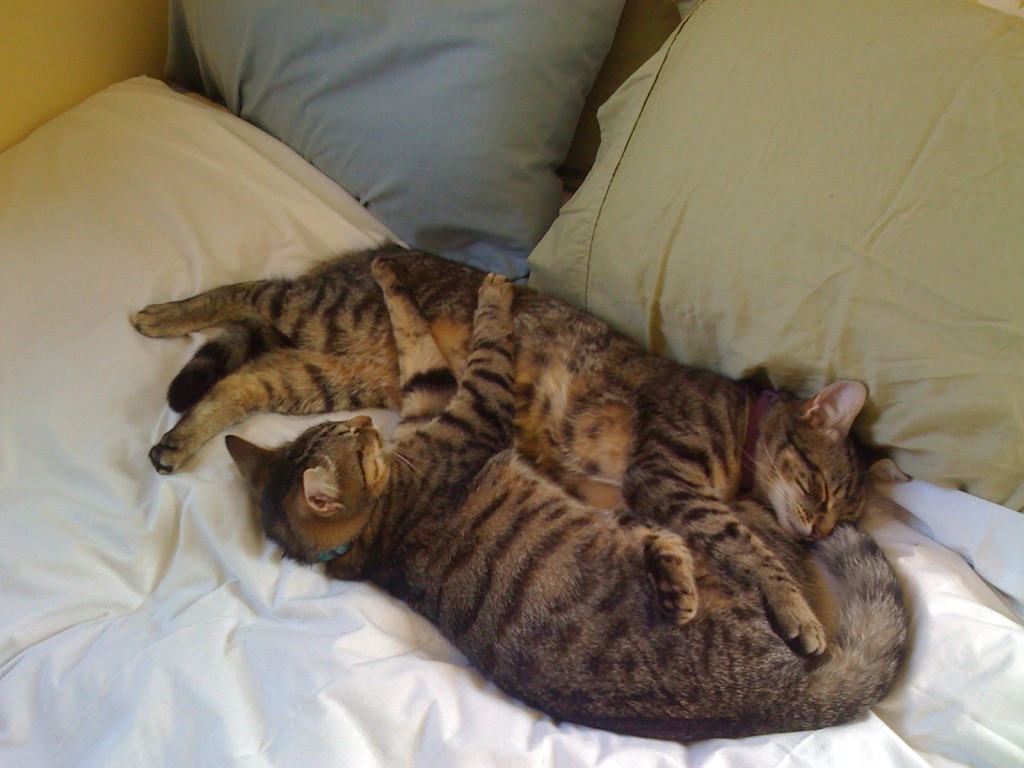 They are both extremely indifferent to the fact that they are appearing in this blog post, and mostly would like to know if they can have more lamb flavored cat food soon. 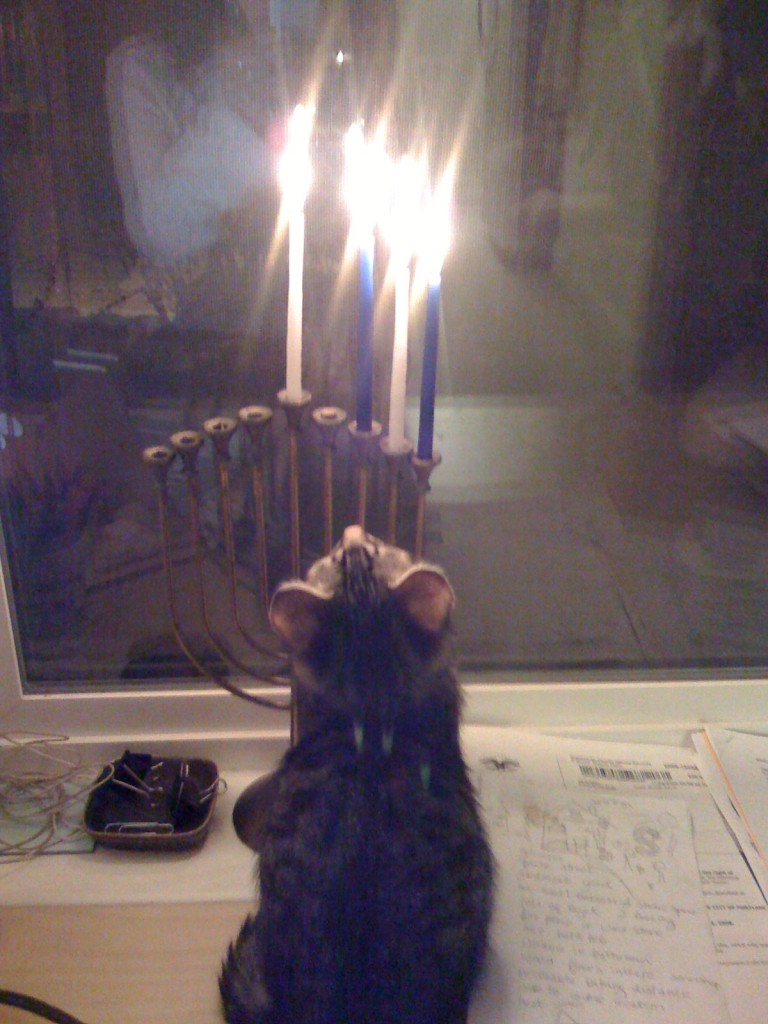 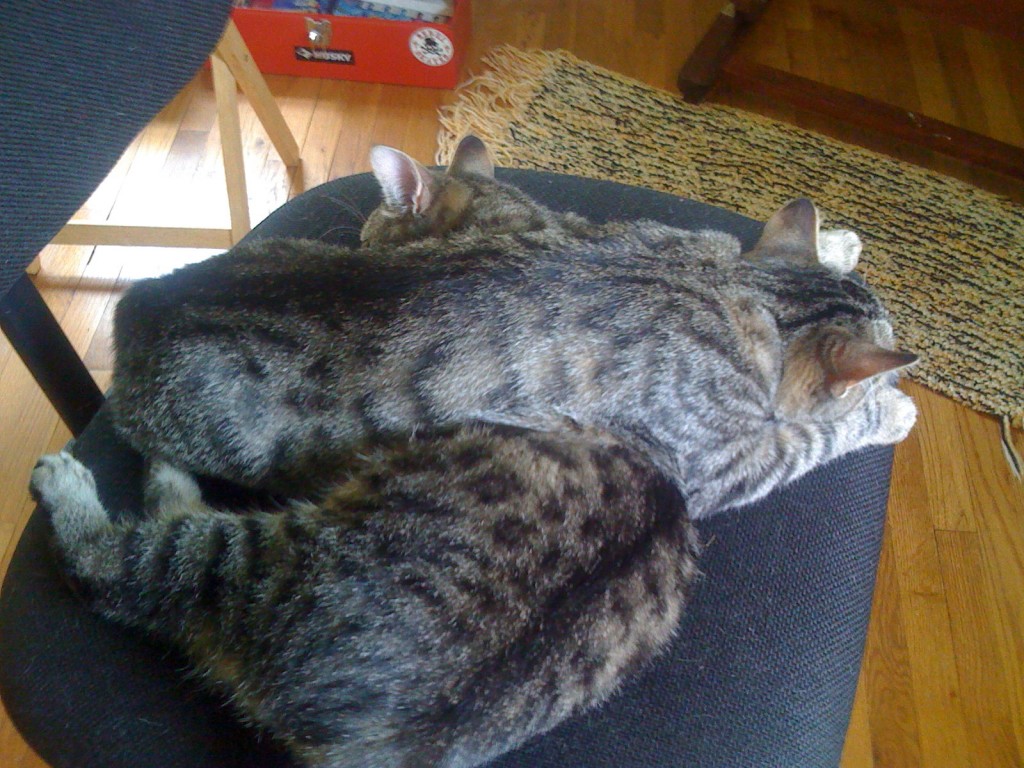 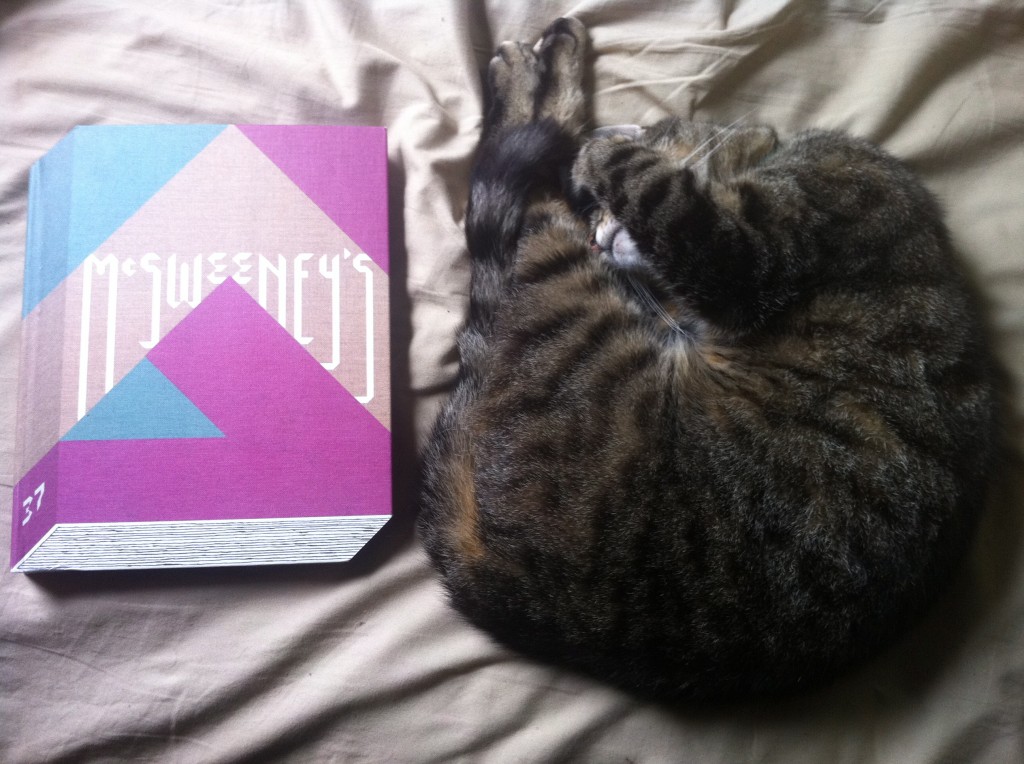 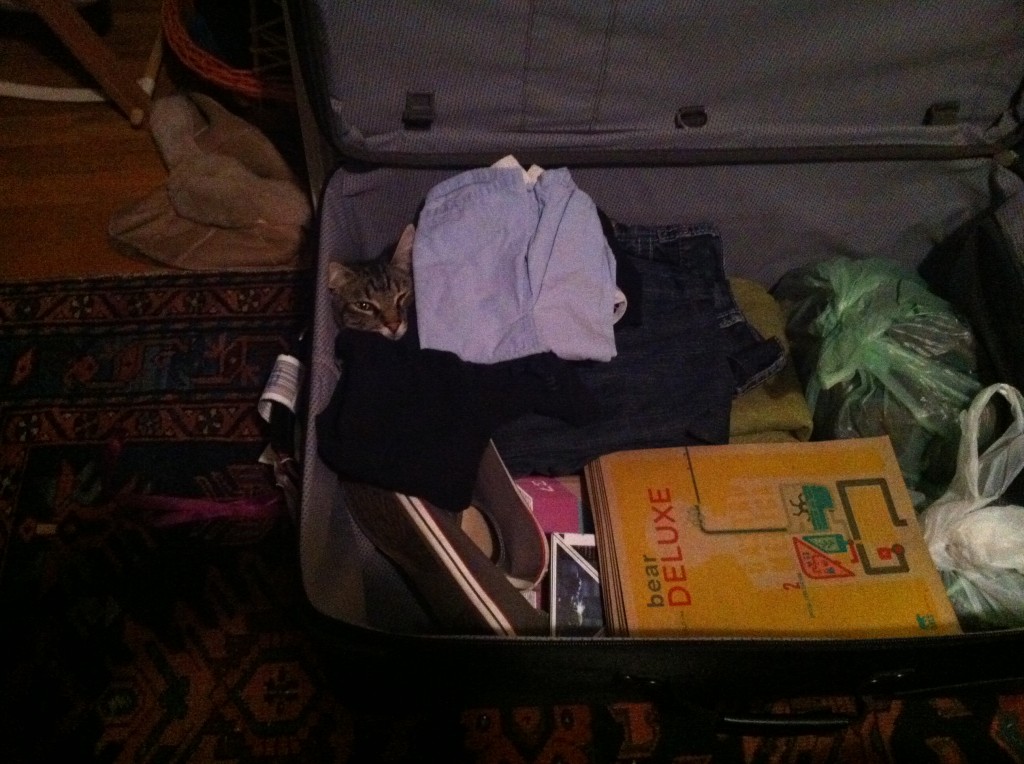 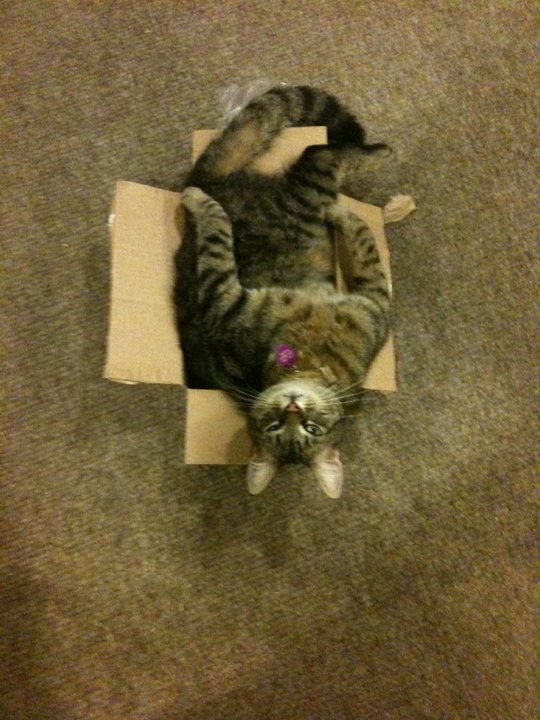