I first met Ellie Cachette through a mutual friend and fellow entrepreneur, Nick O’Neill, and later came to know her thanks to a long weekend at sea through Summit Series. Her company, ConsumerBell, has been one of the few startups that I’ve been introduced to that has been so clear in its vision (making recalls easier), signed up top tier clients and investors, and already had case studies and revenue clocked before most startups even have a prototype.

Once you read Ellie’s philosophy and approach, it will all make perfect sense why they are out of the gates so strong. Ding, ding, ding. It’s on. 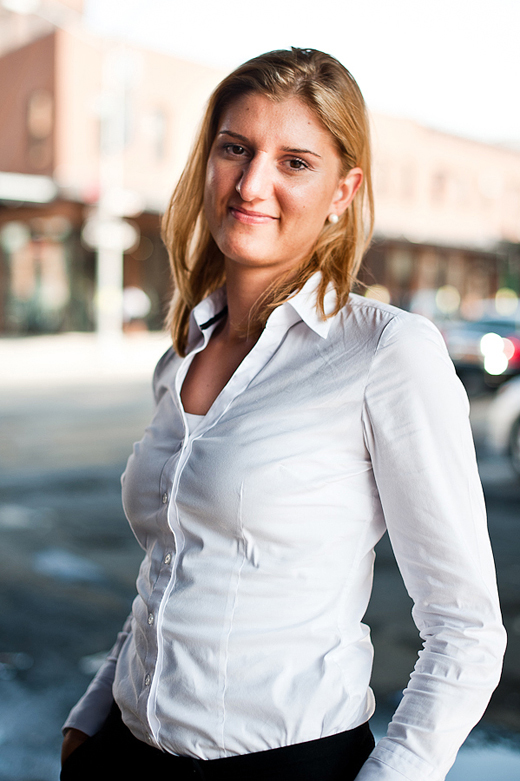 Employer and Job Title: Founder and CEO of ConsumerBell

LB: What inspired you to become an entrepreneur?

EC: Growing up I often helped my parents run their business and found it fun to create things from ideas. I’ve always had the entrepreneurial spirit and finally with ConsumerBell I found the perfect thing I wanted to do; promote and execute safety campaigns for products.

LB: Who do you look to as female role models and for mentorship?

EC: I’m surrounded by many amazing women in NYC who guide me in my life. My favorite role models are Esther Dyson and Renee Edelman (of Edelman PR) who have a wiser perspective on female entrepreneurship and Shaherose Charania of Women2.0 who shows me how we can take action in a new age of media.

LB: In what areas do you see the need to have more women in more seats as more important / urgent?

EC: Finance. Many women work in Wall Street, many women know how to invest. However, I would love to see more women showing women how to be properly invested in. There is a whole process of preparation and packaging of a company for funding rounds and acquisitions that if female entrepreneurs are to be savvy in navigating their companies, they’ll need assistance.

LB: Have you ever encountered the “Glass Ceiling”? Was it possible to overcome it? How?

EC: When I first started the company I often heard that I was building a lifestyle company or should be a non-profit. You hear these terms often as a female founder I think because most people (especially investors) view women as idea-oriented not business-oriented. Despite these assumptions, I kept building the company to prove that we were not only building a business but creating a new market.

LB: What three pieces of advice would you offer young women looking to create a career similar to yours?

EC: 1) It’s VERY hard – I have very thick skin and have overcome adversity often in my life but running a startup is very difficult. But you make miracles happen on a daily basis.

2) Stay true to your dream: Behind every dream is a business. Don’t chase easy income or try to create a business for the sake of it. Stay focused on the big goals and the business parts will come together.

3) Hire people smarter than you: if you want to grow and expand then make sure you are with people who are capable and skilled in areas you are not. For me that was bringing on a stellar COO to manage our operations so I could hone in on the things I’m good at. You are always as strong as your weakest link.

LB: How would you describe your approach to the world?

EC: I believe the world is filled with magic and every day I am excited to wake up and experience it.

LB: Did you make assumptions when you first started your career that subsequently proved to be wrong? What sort of insights did you gain?

EC: I assumed that people would understand the value of what we are doing. I also assumed that generating sales and product would be easier than it was. Time goes by fast and days are limited so real fruition comes from things that have been carefully worked on over time. I would have never described myself as patient and now I see why all great things require time.

EC: “Start-ups don’t leave Silicon Valley” — moving to New York has been the greatest thing I could have ever done for the company and my personal life.

LB: What drives you? What motivates you to get out of bed, stay late and / or work on the weekend?

EC: I used to be motivated by my father as he is the inspiration behind why I started the company (he was affected by a terrible recall in the 1980’s) but now I’m motivated by my team. I am in the office six to seven days a week. Usually first in, last out but I am motivated by the progress we make. The love from consumers and especially my team. I’ve watched people on the team get married, have babies, and grow professionally. Some even moved across the country. When I leave most days I am filled by inspiration: if I can convince all these other people how special my dream is and they now care about it as much as I do? Amazing.

LB: When I first told you about my ‘More Seats’ blog, you also talked to me about the concept of in fact building the table. Can you expand on this a little more?

EC: Thirty years ago women had to prove themselves as career women, working twice as hard and often against their female colleagues as if there were only a few seats at the table. With a few successes, sometimes at the expense of other women, over time it became apparent that if major change was to occur women needed to work together and either collectively buy the table or build the table.

In the last few years we see many organizations supporting and connecting women like Women2.0, Springboard Enterprises, Golden Seeds and many others.

LB: Riddle me this. Are more women in charge? Getting funded? What are you seeing?

EC: We’re seeing more companies foster environments where woman are in control. Despite the debate around female founders not getting funded for fears of pregnancy, or not being able to overcome the “Cupcake Challenge” and scale a business we see women helping women. We see more women investing, mentoring and advising each other. Coming together for events and recognizing that if its support we need then we should look within. Who better to help than a community itself?

In NYC there are thousands of women in professional situations where years of grad school and work have settled them into a latent position. They’re in their 40s, 50s, 60s and dying to share their connections and what they have learned. These are the real soldiers prepping the world of commerce for female leaders and visionaries: the women who jumped on professional grenades to give the next generation a chance. And they’re everywhere, waiting.

LB: So do women have, as my blog implores, ‘more seats’?

EC: I think there are more tables and collectively society is becoming more balanced. The days of 9-5 jobs are done, life now is fluid for both genders.

LB: So where do we go from here? What is the future for women in business, startups and beyond?

EC: The pressure to succeed and reach for support within the female community has made many networks bond and grow quickly. I think we will see massive launches, fundings, and acquisitions occurring in the next five years stemming from the female community. Wall Street might be still run by boys but boardrooms are increasingly not.

LB: If you are looking back on what our generation gave to those coming up, what would you hope it would be?

EC: If all goes well I hope to see programs encouraging women to operate businesses successfully out the door. With enough fostering and mentorship, I won’t be surprised if I see more female founders and in fact at younger and younger ages.

LB: So if more seats are needed, but the table rules supreme, how do you feel about the table?

EC: Not sure. I’ve been spending the last two years building an awesome chair. The table will come.

To keep in touch with Ellie, follow her @ecachette. 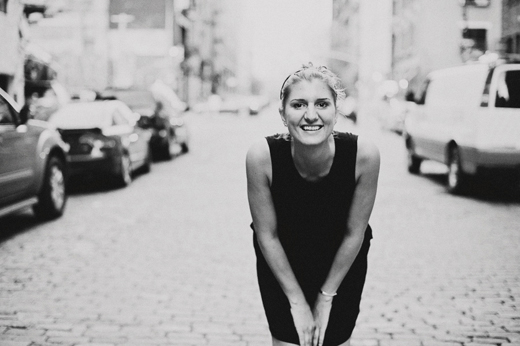