Leap Year combines many of JESS3’s favorite things: the internet, entrepreneurs, and drama. The online series, sponsored by Hiscox USA, tells the story of a few friends who lose their job; instead of collecting unemployment and hitting the want ads, these characters take their lives into their own hands and try to become successful entrepreneurs. The ten-minute webisodes chronicling the group’s antics concluded last night as the show finished its first season. I sat down with Wilson Cleveland, the producer and actor in the series (Derek) to get a behind the scenes look at the first season, their partnership with Hiscox, and a sneak peak at what’s to come. 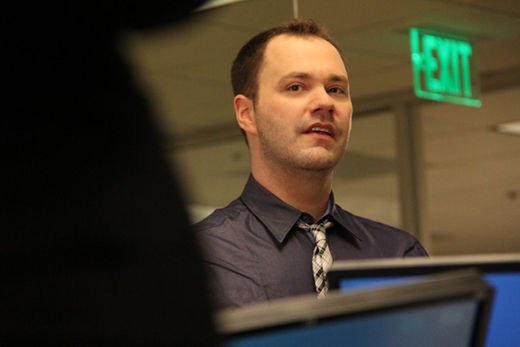 Jesse Thomas: Why did you decide to do a web-series versus another medium?

Wilson Cleveland: I’ve worked on over 20 original web series as either a creator/producer, writer, actor or marketer. The web allows you to tell stories for specific audiences. TV only has so many time slots available, which is why even on specialized, genre cable networks the programming errs on the broader side of niche. The Hiscox insurance offering we were promoting targets freelancers and startups with 10 employees or less that operate within the IT, finance, business consulting, marketing and HR services verticals. Leap Year was created to first entertain this hyper-targeted audience of entrepreneurs while remaining broad enough to appeal to a general audience. Each character works in a vertical industry Hiscox specializes in covering.

Jesse: How did you decide on the unusual length for the episodes?

Wilson: The episode length isn’t so unusual, actually. One of the recurring comments we get from fans is “I wish the episodes were longer.” When I created The Temp Life for Spherion in 2006, the average YouTube video was two or three minutes long. The medium has grown up since then and with it the audience threshold for longer-form content. Additionally, many people don’t watch web video online anymore. This is why you’re seeing Hulu, Netflix and YouTube producing and/or acquiring longer-form original programming. If Leap Year gets picked-up, I’d love to make it 30-minutes per episode.

Jesse: How do you balance your roles as producer, production company owner and actor in the series?

Wilson: I usually act in the shows I produce and it’s a lot of work, but I love it. Leap Year would never have happened without our production company partners at Happy Little Guillotine Films. Yuri Baranovsky who directed, co-wrote with his brother Vlad AND plays my half-brother Aaron had a much harder job than I did during production. My work as executive producer was typically done off set so when I was on set I was there to act. Fun fact, though: in the scene where Derek reads the email from his assistant that she’s quit, I was actually emailing with Craig Bierko finalizing the travel itinerary for him to shoot his scenes as Andy Corvell. The team at HLG is gifted at what they do so there was never a time on set where I had to stop being an actor and put the producer hat on. 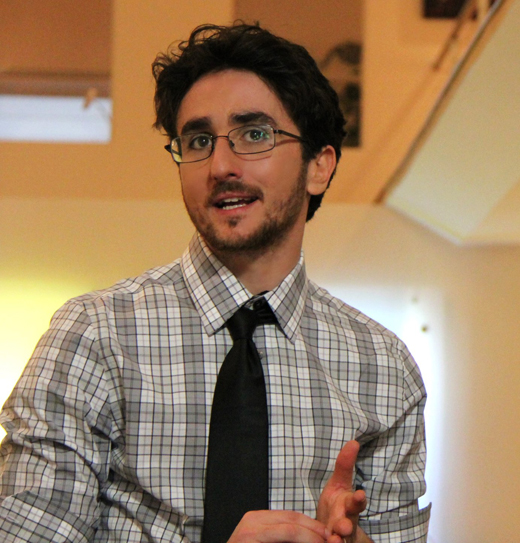 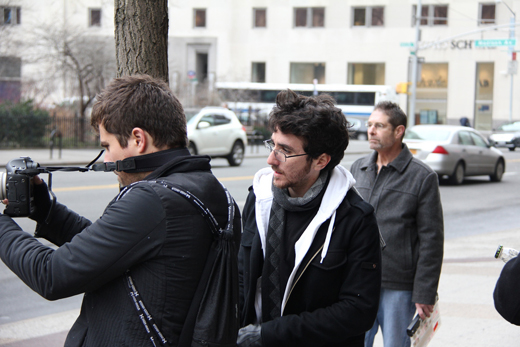 Jesse: What do you think drives the show’s popularity?

Wilson: As an entrepreneur myself, I’ve always loved shows like Shark Tank and The Apprentice, but I could never relate to the contestants because they are usually fairly established business owners before going before Cuban or Trump. I found myself thinking if there were a show I could relate to and find escape in, a show that was like a scripted sitcom version of Shark Tank, I would watch it. Clearly I wasn’t alone in that because Leap Year’s biggest fans seem to be entrepreneurs excited by a show essentially about them that is funny, but more important it’s realistic. I’ve had a lot of known startup founders tell me what a great, unique idea Leap Year is, so I guess we’re filling a need.

Jesse: What’s your inspiration for the quirky situations you put your characters into?

Wilson: The quirky situations were established before anything else. In order for Hiscox to demonstrate the various real-life risks their various insurance products cover, we needed to play them out. Many new professional services business owners have no idea just how many risks they face on a daily basis and if they do, they’re likely not thinking about it or believe it could happen to them. It’s one thing to tell an IT consultant he or she could face a big insurance liability if their server gets stolen; or warn a freelance publicist against the dangers of lying to an editor on behalf of a client – It’s another thing to SHOW them in the context of a piece of entertainment they’re already enjoying. 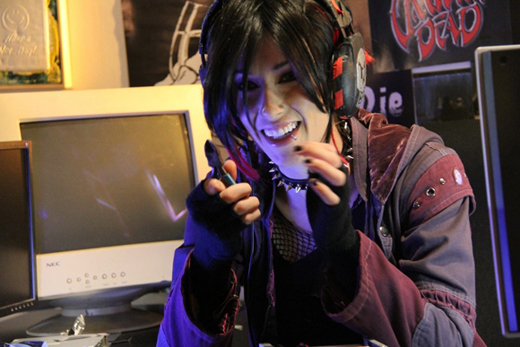 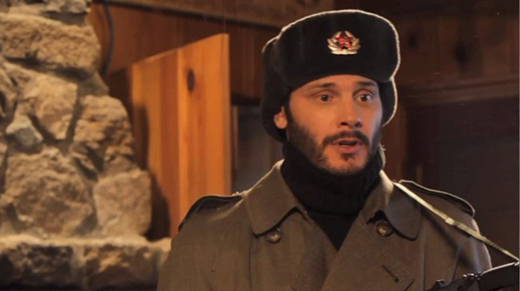 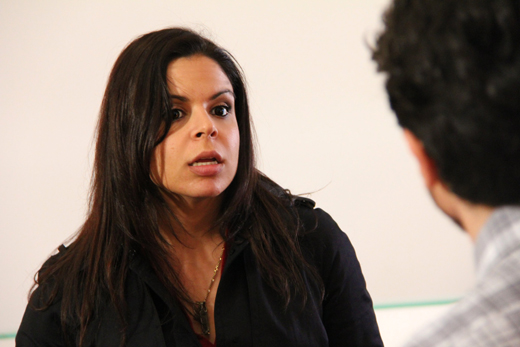 Jesse: How autobiographical is Leap Year?

Wilson: I’m pleased to say that for me personally, not at all. However, I know people who have found themselves in similar situations. Let’s just say I not only play ‘Derek,’ but I know the person the character is based on.

Jesse: Many draw comparisons between your show and Entourage. Do you see similarities?

Wilson: I’ve always called Leap Year “How I Met Your Startup” when talking to TV and entertainment execs because the genesis of the concept came from combining “Shark Tank” with “How I Met Your Mother.” Entourage is a great show that I’m going to miss after this season so if people want to compare Leap Year to Entourage, that’s fine with me.

Wilson: Absolutely. This season we experimented a bit with enhancing the storytelling via social media channels like Gowalla, Foursquare, Instagram, etc., but I’m a sucker for bleeding edge storytelling like Wilderness Downtown.

Jesse: What are your hopes and dreams for the show after this year?

Wilson: My immediate hope is for Hiscox to green light a second season. The dream would be at least two more seasons of ten 30-minute episodes accessible to a global viewing audience across platforms and devices. And a pony.

Jesse: Talk to me about your product placement strategy for this season and what’s on the horizon?

Wilson: Hiscox is a dream client because they understand the benefit of keeping the brand out of the content itself and opt instead for “presented by” credit at the beginning of each episode. This is a storytelling vehicle funded by PR vs. an advertising vehicle. The brand isn’t mentioned once throughout the entire series. We shot the Gemini Corp scenes at Hiscox’s San Francisco office, but that’s the extent of the brand integration. In fact, Mashable gets a number of mentions throughout the series but that had everything to do with making the storyline realistic for the target startup audience. Hiscox, like most of the brands we work with, is more interested in telling a story about what they do as opposed to who they are, which the audience appreciates. Should there be another season, I’d love to partner with an incubator like TechStars, Y-Combinator or Ashton Kutcher’s Grade-A Investments and integrate them and some of their portfolio startups into the Leap Year storyline. At the end of this season, the gang successfully completes the demo for a new video conferencing product so it would make sense for an incubator to invest in that opportunity. 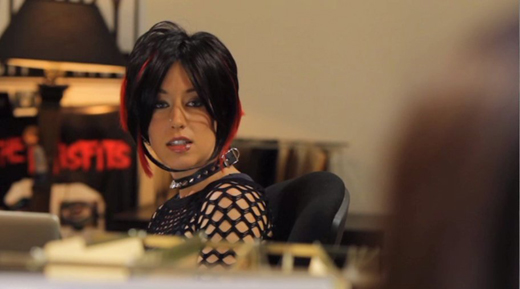 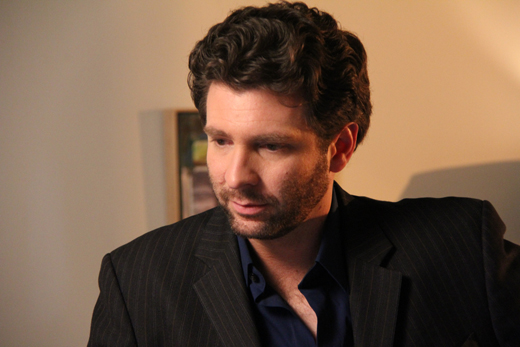 Jesse: How do you manage your level of creative control with funders working with you?

Wilson: It varies by client, but typically once the brand’s message is firmly implanted, the rest is up to us. Our clients hire us for a reason so there’s usually a high level of trust. Hiscox was amazing to work with because once they signed off on the important story points they gave us the freedom to bring it all to life.

Jesse: How did you and Hiscox begin working together?

Wilson: CJP Digital Media is part of CJP Communications, the PR/marketing agency that has represented Hiscox for a number of years. When CJP was asked to pitch Hiscox USA to promote its new Small Business Direct offering, we knew how crowded the ‘small business’ marketing landscape was so we led with the Leap Year idea. We believed an original scripted web series would help Hiscox cut through the competitive clutter and — so far so good — that’s been happening.

Jesse: I love the guest stars! What are some of the dream guests you want for next season and beyond? Chris Sacca, Mark Cuban, Zucks, Bill Gates?

Wilson: One of my favorite things about making this show was seeing how much fun our ‘guest founders’ Gary, Guy and Adam had on set. These guys rarely get to do things like be funny on a scripted comedy. I would love to get Ashton Kutcher on the show. His evolution from actor/producer to actor/producer/founder/investor is fascinating to me and I think it would be cool to have “Ashton the actor” play a version of “Ashton the investor” in a comedy about startup life. He’s also a big proponent of storytelling vs.”story-selling” in web video. We had a great cameo idea for Kevin Rose this season, so we’d love to try and get him if we get picked up for season 2. Alexis Ohanian, Ben Lerer and Ricky Van Veen are naturally funny guys so we’d love to write something for them. I sent Naveen Selvadurai the episode where Jack teaches Olivia how to check-in on Foursquare and he loved it, so I think he and Dennis Crowley would be great. The Glenn Cheeky character in episode 9 is loosely-based on David Karp, who did an episode of our #MyStartupStory interview series. We’re huge Tumblr fans so the door is always open for Mr. Karp. As for ‘Zucks,’ I’m actually interested in Randi because she’s a new founder herself, much like the characters on Leap Year. I would love to have more women founders in general like Caterina Fake, Gina Bianchini or Melanie Mccloskey. The Olivia and Bryn characters are very strong so I’d like to balance that with the ‘guest founders’ next season. 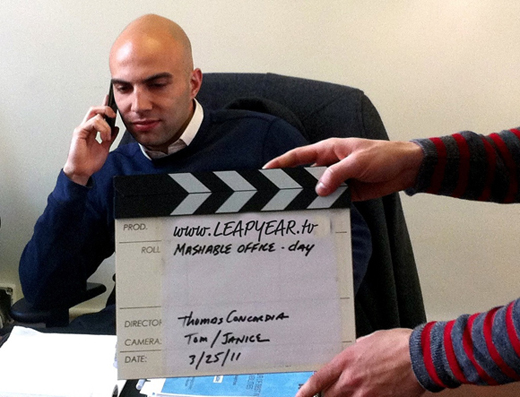 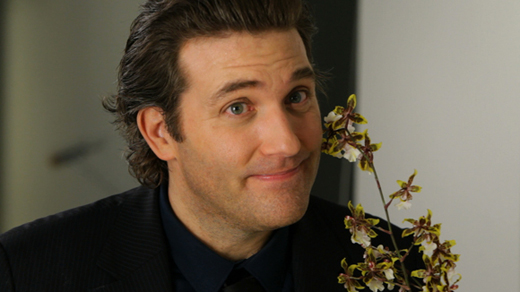 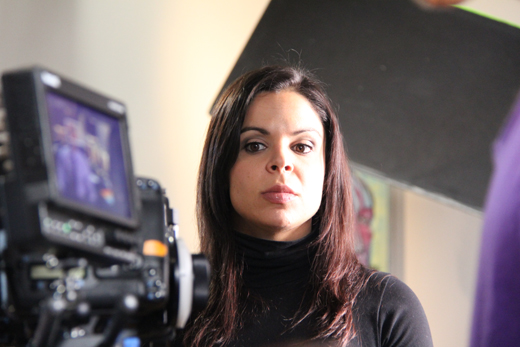 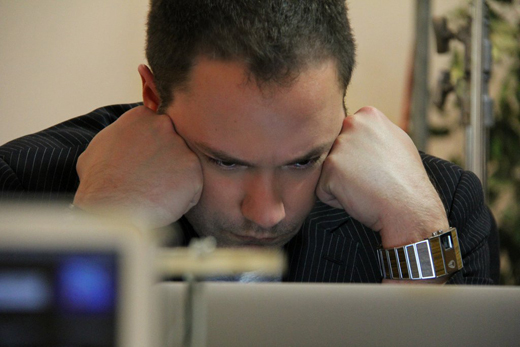 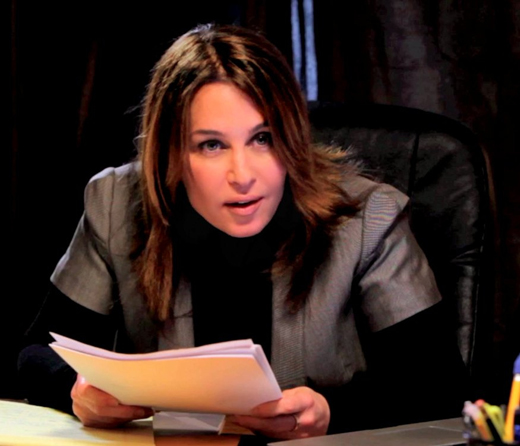 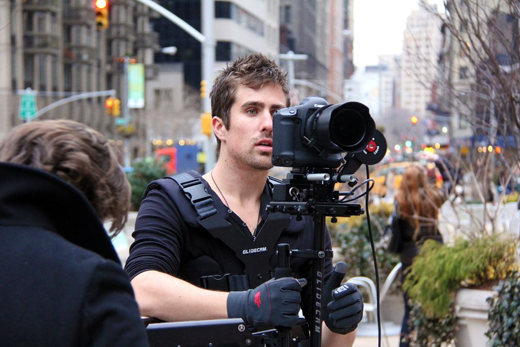 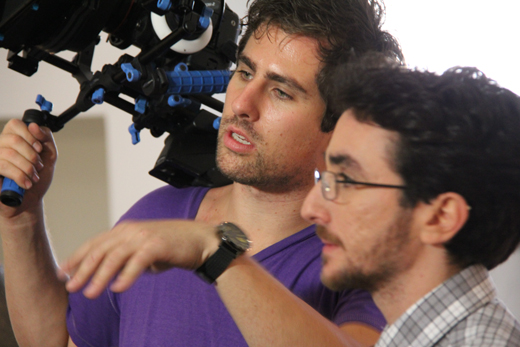 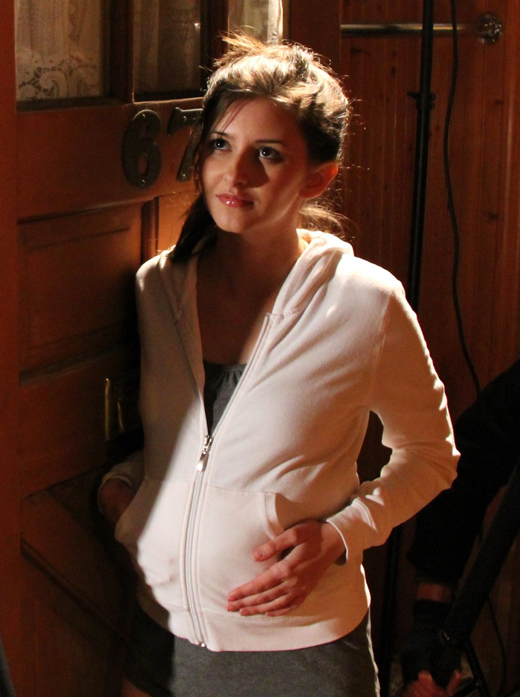 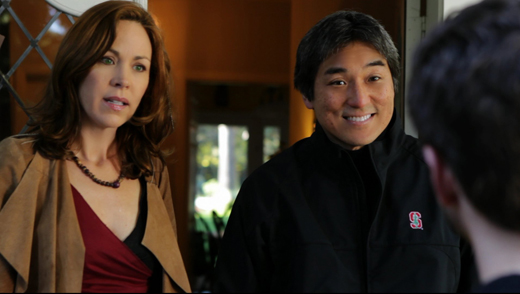