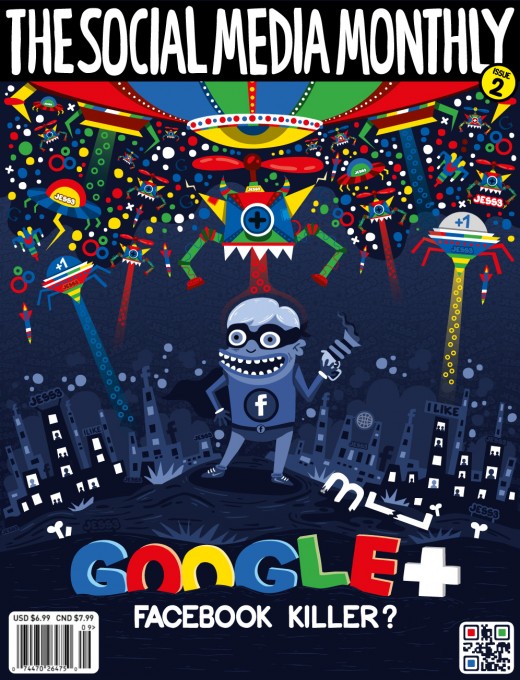 What’s the biggest issue in social media today? It’s the subject of Social Media Magazine’s debut cover, for which I’m working on some drawings. I wanted to share the sketches that I’ve pulled together as the launch of the magazine draws closer.

As I’ve written elsewhere, I don’t believe that Google+ is anywhere near replacing Facebook presently. It does represent a serious push by the search giant to re-enter the ring, in what is likely to be an extended battle between the two heavyweights for the social media belt.

Those are just some of the considerations inspiring my sketches below. What do you think? 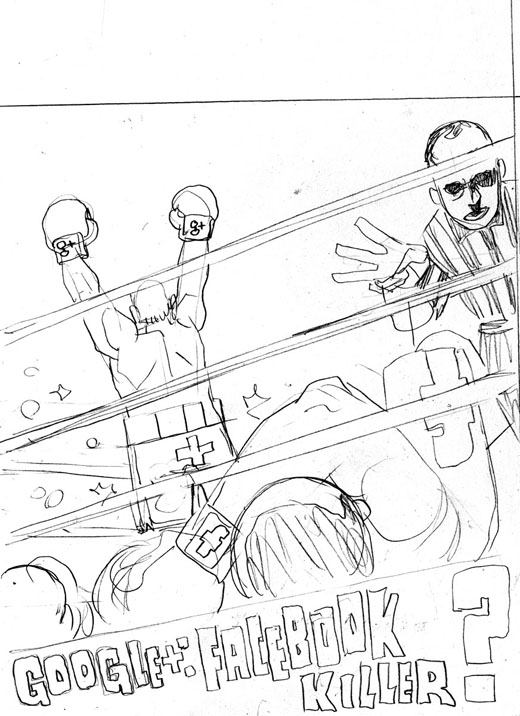 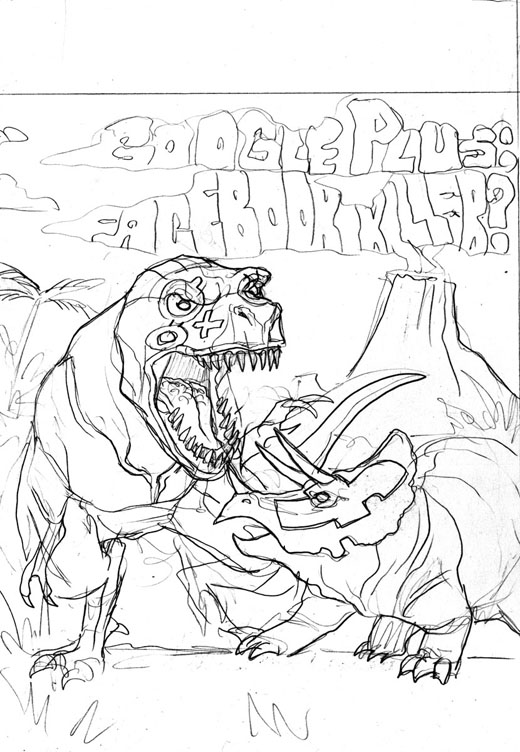 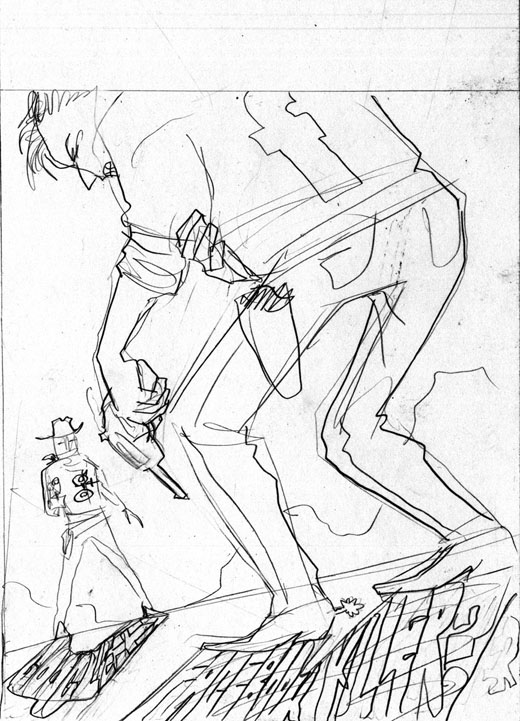 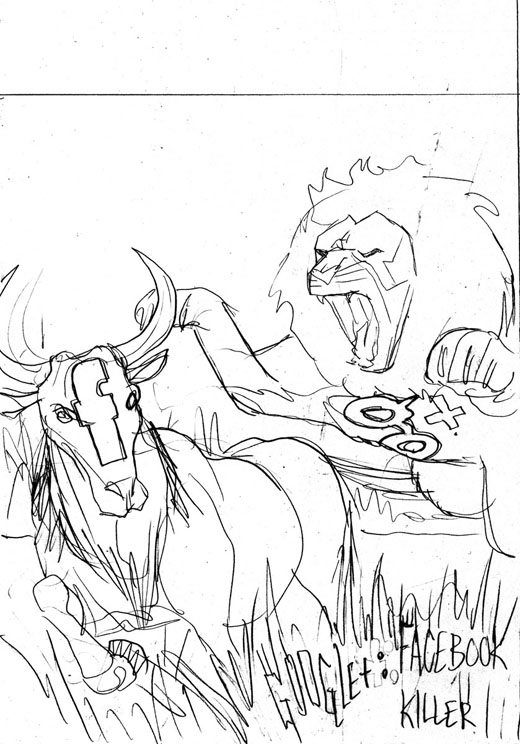 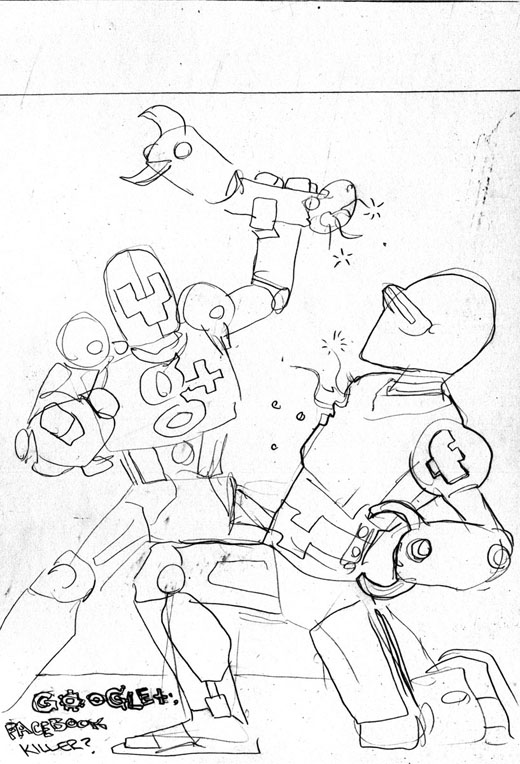 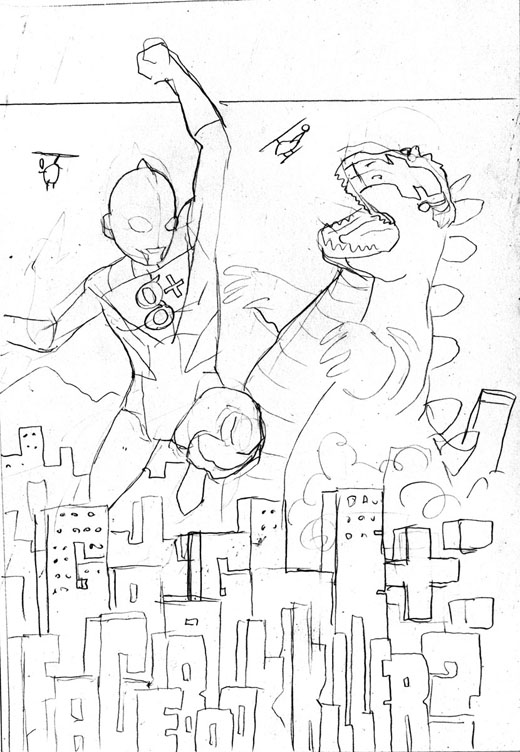 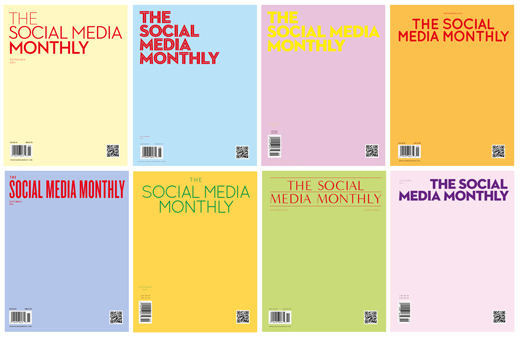 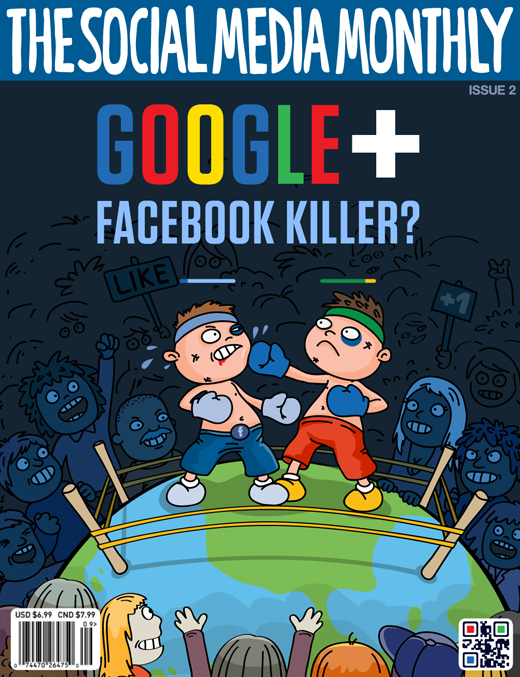 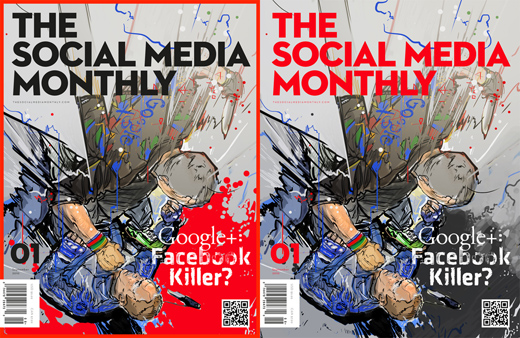 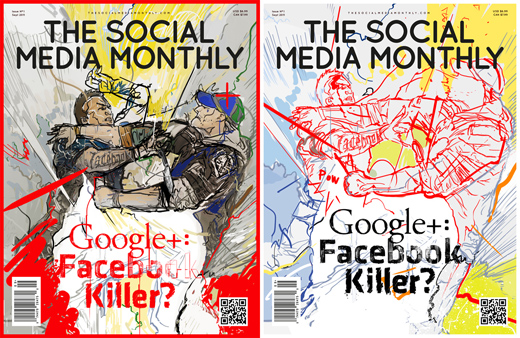 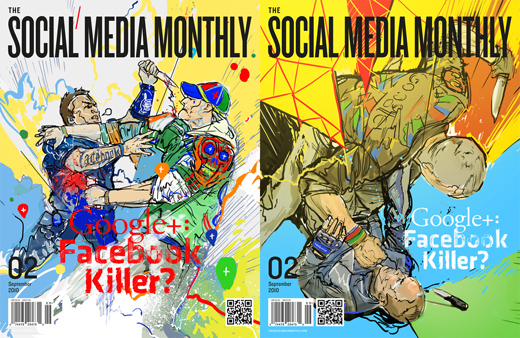