If you happened to catch a tweet or check-in from me over the last two months, you’d have seen that I was in Oklahoma City and then in Jackson Hole. In addition to helping my former-McLaughlin-Group-now-JESS3-partner-in-crime Becca Colbaugh set up JESS3 OKC and taking my first vacation since 2009 with my family in Wyoming, I have been taking the time to reflect, recenter and refocus after going nonstop for the last 20 months (and by nonstop, I literally mean no vacation, multiple all-nighters in a “regular” week, life-is-a-blur nonstop).

In stepping back, to take a breath, I’ve concluded, accepted and implemented some pretty critical things. In an effort to document the more meaningful things in my life, as well as share the slivers of wisdom I have come across so others can benefit (if even for only a soundbite or two), I proudly bring you five things I am doing to live a better life:

1. Sleeping more. In my career, especially at JESS3, I was known for sending emails at 3, 4, 5, even 6 am after being up for 20 hours. I’ve also been known to be in the same clothes more than a few times after spending the entire night in the office working. I used to keep track of all-nighters like notches on a bedpost, but have in fact lost track of how many nights I’ve spent in this (crazy) cycle. The past tense of “was known” and “been known” is key, because since May 1, 2011 (my 29th birthday), I strive for 7 to 9 hours per night. No exceptions (unless, of course, I want to sleep even more). As obvious a step as this is, once I finally took it, my mood, focus and health have all improved dramatically.

2. Eating clean and 5x per day. I am on day #101 of eating more fruits, vegetables, Greek yogurt and lean protein than you could possibly imagine. Having grown up very healthy (thanks Mom, Dad, NorCal and Oregon), this hasn’t been earth shattering for me. But to scale JESS3 at the rate the team and I did for the last 20 months, my focus on healthy, regular, well-portioned meals wavered. But no more. Never again. Since May 16, 2011 I’ve been eating 5x per day, every 3 hours, just like this: breakfast, small protein snack, lunch, small protein snack, dinner. 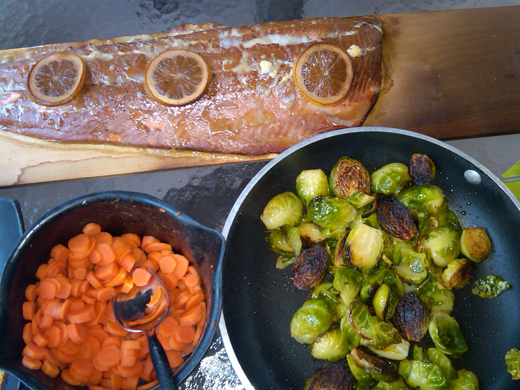 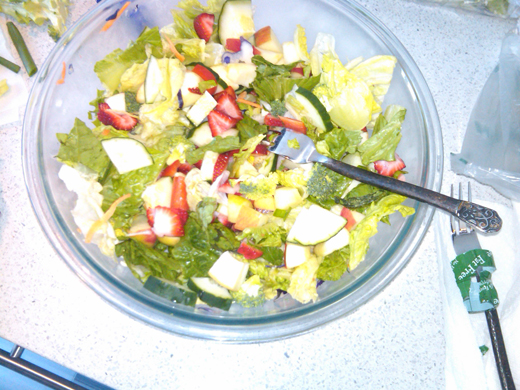 3. Exercising like it’s my job. I grew up skiing, dancing, playing tennis, volleyball, basketball and softball. I spent my college years running, biking and weight lifting 6x per week. And, for the first few years post college, I was a devout Bikram yogi. And then there was JESS3. Running a startup with my significant other enveloped me so wholly that the good sleeping, eating and working out habits I had built for years were [temporarily] lost. Heading into day #43 of daily exercise sessions that have ranged from circuits to long distance walking, weight lifting to running, hiking to stair-stepping, I can officially say: I am back. I’m lifting, sweating, stretching and pushing myself like I’ve done all my life and it feels amazing. Not only does it feel great, but along with my eating and sleeping routine, working out has also facilitated double-digit weight loss (nearly 20 pounds and counting). 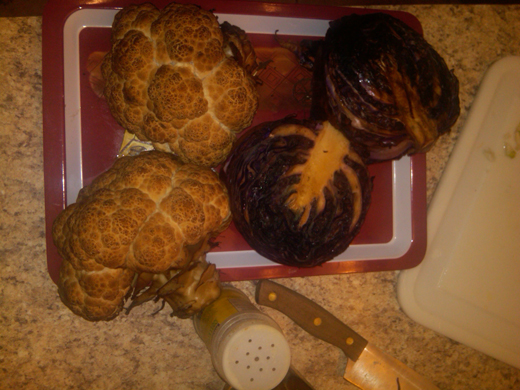 4. Letting go. Whenever I would fixate on something I couldn’t change as a young girl, my mom would quote Dr. Richard Carlson and remind me “don’t sweat the small stuff, and it’s all the small stuff.” My mom would also follow this up by saying: “Leslie, it is not worth holding onto it. Let it go.” Haters at school, ex-boyfriends, missed answers on a test… they all were going to be what they were going to be. I had to learn to acknowledge that occasionally things were going to be uncomfortable and that I must accept them and then let them go. Decades later, I’ve had to re-remind myself of the importance of letting go. There have been people in my life over the last few years that I can’t make happy, despite my very best efforts. I’ve let them go. There have been situations at JESS3 since I came on in 2006 that I could not win at, despite my very best efforts. I’ve let them go. Admittedly, this step has been even harder than the crazy clean diet and exercise, because it has meant saying goodbye to people and projects, which at one point meant a great deal to me — and I to them. But in letting go, I’ve made room for even more positivity and opportunity. And that’s that.

5. Keeping my foot on the gas pedal. In some ways, steps #1, #2 and #4 could be viewed as slowing down, taking a breath. In other ways, they are representative of a renewed focus and an eye to longterm thinking, both of which require being a highly tuned machine. Taking the car analogy even further, I am choosing to keep my foot on the gas pedal. As with the moniker of my new ForbesWoman blog “More Seats,” I again have Sheryl Sandberg to thank for a concept that is so simple (‘keeping your foot on the pedal’ is Sheryl Sandberg’s advice to women in her TEDxWomen talk delivered last December). There have certainly been moments where exhaustion and doubt have crept in, whispering to me: “Leslie, slow down.” Or even worse: “Leslie, this isn’t going to work. You’re a fool to think it is.” But lo and behold, I quiet those voices, get up, get moving and make it happen.

As a result of #1 – 4, I am more mentally and physically fit than I have been in years. Add in #5 and I am also happier than I’ve been in a long time. I am convinced the three are very closely linked. With my health, happiness and focus sharpened, I am prepared to take on the final months of 2011 and prepare for continued growth in 2012. And based on how I am feeling and how I plan to continue to train, I am convinced the best is yet to come. Anything you’ve done lately that’s made an impact big or small? Want to share or exchange notes? Share in the comments, tweet at me (@lesliebradshaw) or email me at: lesliebradshaw [at] jess3 [dot] com.