If for no other reason, the excitement around Google+ is warranted because it demonstrates Google’s commitment to doing social right. After experiments-gone-awry by the names of Wave, Buzz and Orkut, Google is back in the game with a product — or “project” as the company prefers to call it — that is hot. G+ is in such high demand that, after they opened the floodgates of invitations the other night, Google had to turn people away the next morning because of what the company called “insane demand.”

Google prefers “project” to “product” because G+ is a work in progress. The potential of Google+ is that it represents an amalgamation of  Google tools, including Gchat, Picasa, YouTube, Video Chat, Buzz, +1, and Search. As Google tools become more modular (or widgetized), G+ may integrate them to help aggregate social activity, news, and friends. G+ can be the foundation on which Google builds the future of the social web. If they do that, the competition should take note. 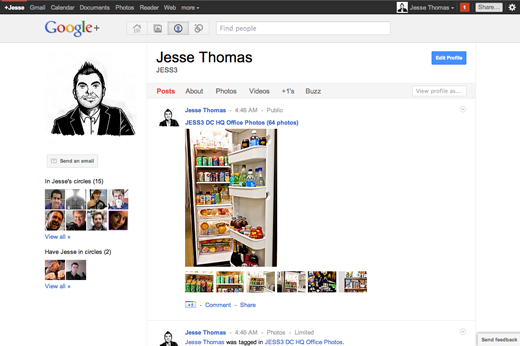 Early opinion of G+ is extremely positive according to a poll of Mashable readers. Less than 10 percent of respondents either gave G+ a shrug or decried it as a useless Facebook copycat, while a majority either find it “nice” or “love it.” (Thirty-two percent are withholding judgment until they get their hands on one of those sought-after invitations.)

As you would expect from Google, G+ offers plenty of fun web technology to play with. The ability to drag and drop friends into “circles” is ahead of its time, and more user-friendly than Twitter‘s Lists or Facebook‘s Friend Lists. And the tool was not made without a touch of whimsy, such as turning friends into a cloud of smoke upon removing them from a Circle.

From a design perspective, G+ is also beating out its competitors at Twitter and Facebook. For instance, there is no indication that users of G+ will have to interact with the tool through intermediary products like HootSuite and Tweetdeck. The layout of G+ is super-streamlined and unembellished with an overwhelming supply of suggestions and features.

Of the few features on offer, perhaps the most fun is “Hangouts,” which permits users to video chat with up to 10 friends. In addition to the design improvements, Hangouts bests Facebook’s Group Chats simply because your Gmail contacts are vastly superior to your Facebook friends. Like Hangouts, other G+ features also integrate well with preexisting Google products. For instance, photos rely on Picasa and videos play on YouTube. I am withholding judgment on “Sparks,” though, which appears to be a thumbnail recommendation engine. (Others, however, are calling it perhaps the most underrated feature of G+.) 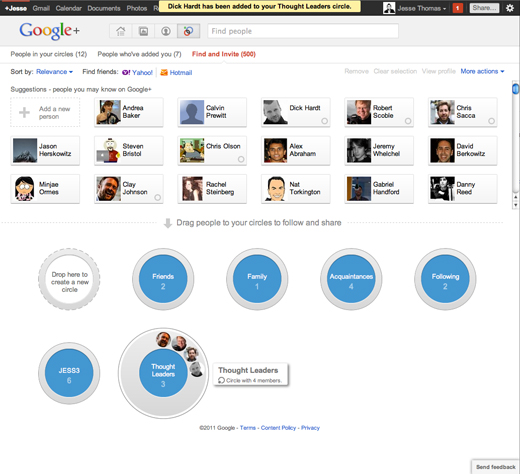 Not so fast though, Google: Facebook is still the place to be. One thing to keep in mind is that social networking is a digital party; we go where our friends, family, and clients go. For social networks, that place remains Facebook. In the short term, that means that Plus may not take off. Rather, it may go down in history as Buzz 2.0, a product that felt like something Yahoo! might have released in its heyday. That assessment may be entirely outdated, however, when G+ integrates documents, questions, events and games.

When will that be, though? One of the biggest risks that Google took with G+ was a relatively public Beta launch. Using G+ feels like like jumping behind the wheel of a car still on the production line. A look back at the rise and fall of Facebook and MySpace, respectively, shows the now-dominant social networking site rising to its throne only once it allowed outside developers the opportunity to create value for the platform through engagement apps. In other words, the Farmville developers of the world deserve their share of the credit for hoisting Facebook to the top of its class. 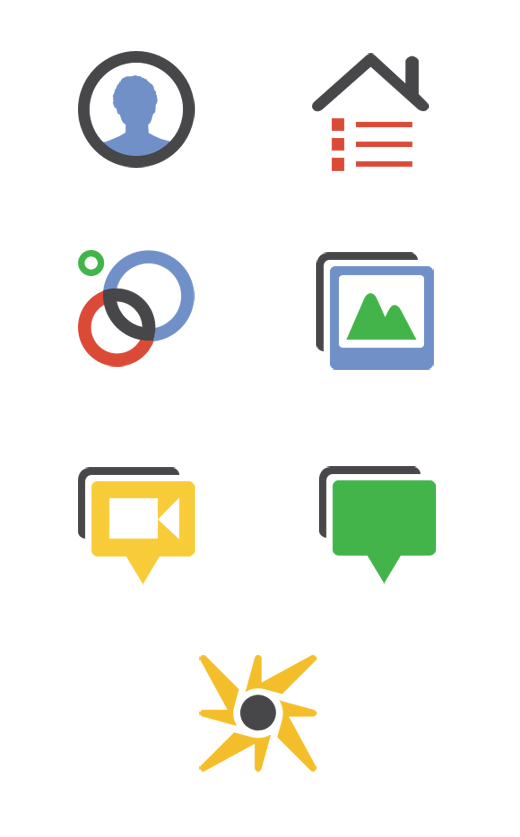 The missed opportunity with G+ is that it may alienate early adopters with a product that feels unfinished. Can Google build a better Facebook? That remains to be seen. Whether they can build it before users of G+ abandon this new platform is another question entirely.

Timing is another issue for G+. Mark one for Facebook, whose timing was superb. Lacking the momentum that Facebook owns, with all of our relationships already stored there, Google looks a dollar short and a day late. Well, maybe not a dollar short.

What G+ really represents is another series of shots fired in a larger struggle. My prediction is that in the next five years, Bill Gates will pass control of Microsoft to Zucks over at Facebook. Google and MicroBook will then compete in the world war of digital, buying up brands like Sony, Amazon and Netflix in battles over who will control the media through which we watch movies, listen to music, read books and, of course, socialize. 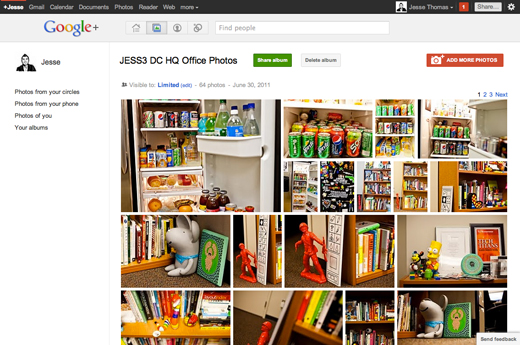 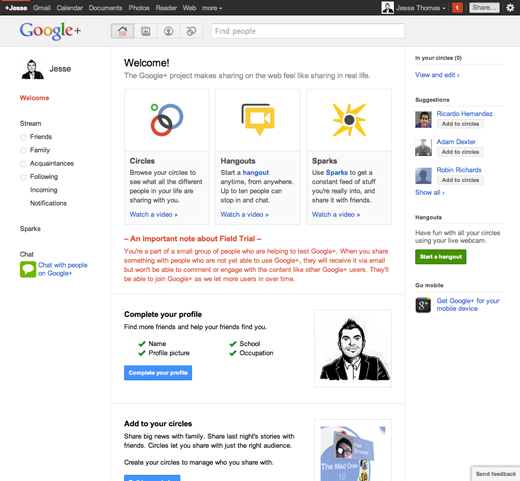 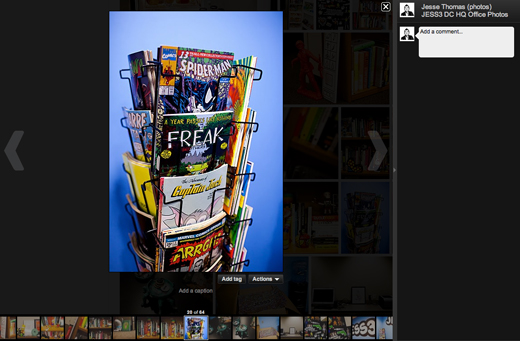 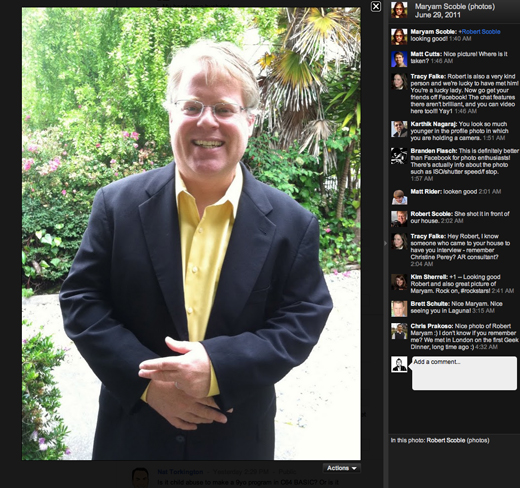 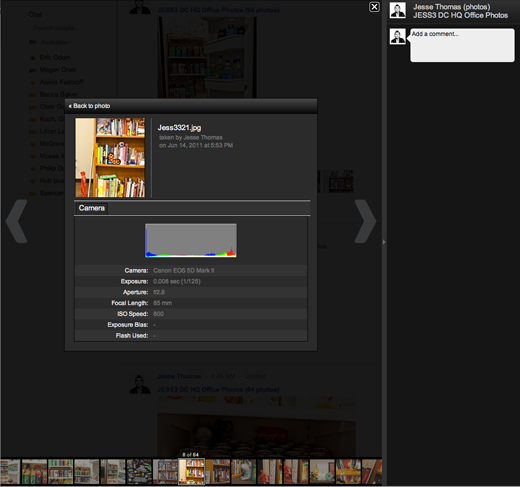 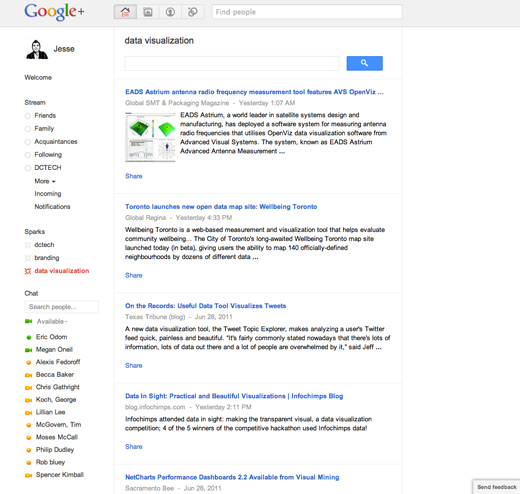