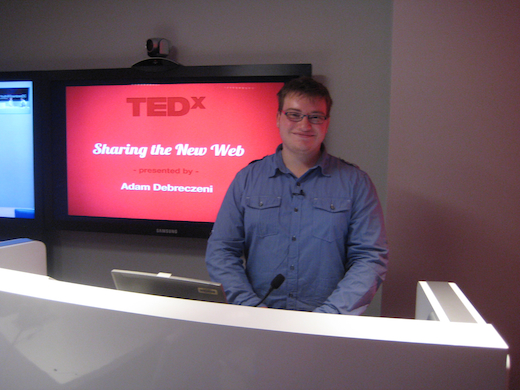 TEDxYouth took place today, bringing a host of ideas to a new, young crop of entrepreneurs via simultaneous livecasts of events in D.C., NYC, Austin, and San Francisco. The event was hosted by JESS3’s own Daniel Brusilovsky (pictured above manning the podium), who is also the CEO and founder of Teens in Tech. 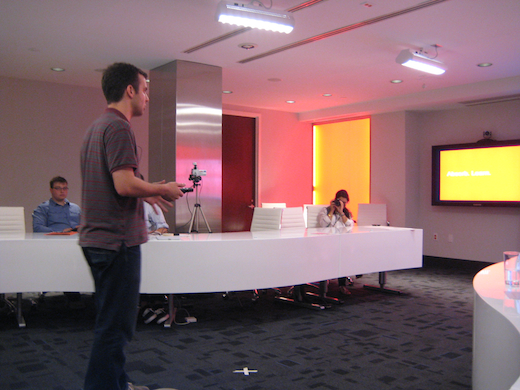 The reoccurring theme of the day was that community building brings about innovation. Andrew Nacin (pictured above addressing the D.C. crowd) spoke about how he started out creating a database for his Dad at age 12, to becoming a core developer for WordPress at age 22, where he works to drive innovation through community and open source. Andrew told TEDxYouth attendees that at some point in your career you will be put in shoes that are too big for you, and that instead of shying away from the opportunity, you need to relish it. He spoke on the importance of always remaining open to exploring new ventures saying, “Define yourself, but don’t restrict yourself.” 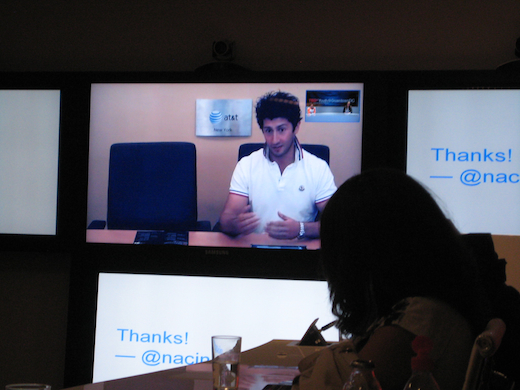 Environmental entrepreneur and founder of several businesses at the age of 25, James Gold (pictured above livestreaming from NYC) spoke on how he has never been the first person to come up with an idea, but what makes a good entrepreneur is the ability to spot an opportunity in an existing market and have an idea to make it better. He advised the crowd that money isn’t everything in starting a business, and that he has started most of his companies without much funding. Like Andrew Nacin, James agreed that entrepreneurs shouldn’t limit themselves to one particular sector — people should explore what’s out there and be open to trying new things. 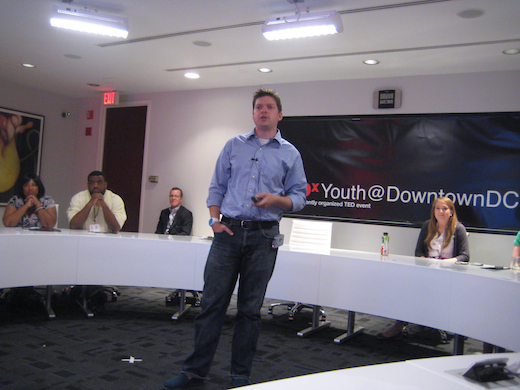 Nancy Pelosi’s policy advisor, Kenneth DeGraff (pictured above speaking to the D.C. crowd), gave a talk titled “Progress and Congress are not Antonyms.” He spoke about how government can be a driver of innovation, giving the example of how government is bringing broadband Internet access to rural American communities — connecting the “middle mile” — through the passing of the 2009 Recovery Act. He also spoke on the widespread use of social media in Congress (a certain Twitter-happy, now former Congressman was alluded to), and how the visible use of products like iPads and BlackBerrys can actually drive revenue and advancement. 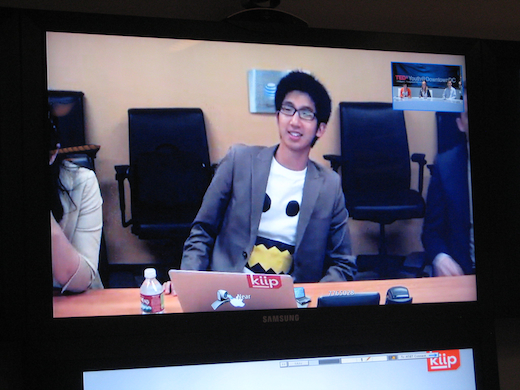 CEO and founder of Kiip, Brian Wong (pictured above livestreaming from San Francisco), kept the crowd laughing as he spoke on the eight ways to go beyond technology in order to stand out and differentiate yourself from a crowd of startups. From “Serendipity” to “Emotional ROI”, all points revolved around the idea that people need to come away from an experience with a positive emotion in order to be left with a lasting impression. He ended his talk by saying we need to “feel or die” in order to succeed in a world where people want nothing more than to feel good about themselves. 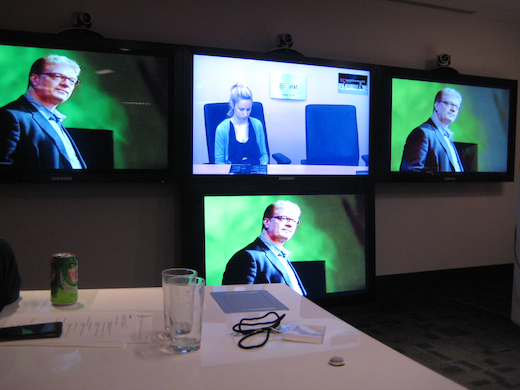 Ari Matusiak, executive director of the White House Business Council, gave an inspiring talk that pretty much summed up the day, telling the crowd that, “This is your time.” Time for young entrepreneurs to identify the gaps in the current system, innovate, and solve problems — adding value to yourself, to your community, and to your country.