If you’ve yet to see the video of 6-year-old Owen giving one of the most epic speeches I’ve ever had the privilege to hear, after he learned to ride a bike for the first time, stop right now and give it your full attention.

“It’s like riding a bike” — you never forget. In Owen’s case, millions of YouTube fans will never forget his first bike riding experience. In the euphoria of his accomplishment, Owen vocalized his enthusiasm and new found, self-assurance: “If you believe in yourself, you will know how to ride a bike … if you don’t … just keep practicing. You will get the hang of it — I know it. If you just keep practicing.” 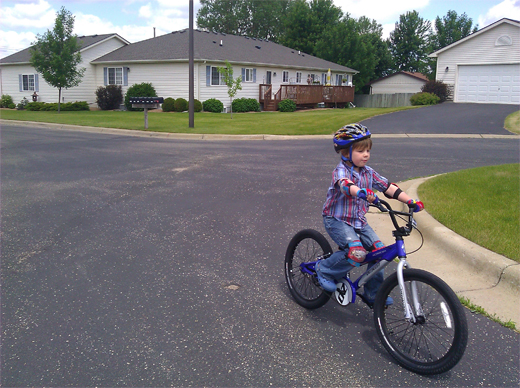 Owen became an instant YouTube sensation and an inspiration to millions with his words of wisdom and unwavering self-confidence. I was particularly moved, as Owen put into words the excitement I have for JESS3 and what we’ve accomplished by hard work and perseverance.

We caught up with both Owen and his dad (who recorded the video) to learn more about the amazing kid with the amazing speech:

Why do you think practicing is important?
It’s important to practice, because it helps you believe in yourself. You have to practice to get better at things.

How does it feel to finally ride a bike?
It feels good, because I like to ride my bike.

Who inspires you? Do you have someone that you admire?
I don’t know what that means. (Then with some explanation) My dad, and the President, and the flag, and my mom, and my grandparents.

Why do you think it’s important for people to follow their dreams?
Because they have to. So they can have a journey to their lifetime, and believe in themselves, and they can buy more gear for biking.

What is your next big goal? What are you working on now?
To be famous, which I am. Learning how to drive a car. Maybe I could build a rocket to Mars. 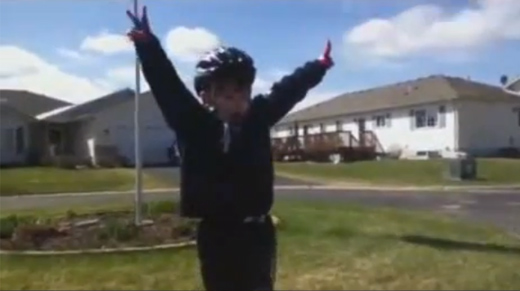 We wanted to hear from Nick, Owen’s dad, (who has his own fame as a well-known bartender and bitters distributor) about what Owen is like on a daily basis and what this whole experience has meant for their family.

Does your son inspire you?
Absolutely. I know I’m not the only parent to ever experience that, but Owen is   truly a special kid, and I’m so lucky to be his father. He’s inspired me to be a better person, a better father, and a harder worker. Everything I do is for him.

Who pushed Owen to persevere through the bike-riding difficulties? Was it self-motivation?
Both his mom and myself. It was like pulling teeth for a few weeks. I started to doubt myself a bit and wonder if I was pushing him too hard. I would pull out his pads and helmet and he would start to cry saying, “I don’t want to learn how to ride a bike, sell my bike.” He didn’t understand why anyone would ever take training wheels off their bike, because they’re just going to fall. And then it all clicked. He was so excited, and that’s right when I captured that video, but it was an all-day amazement. We had lunch right after that and he was still in shock: “I just can’t believe I did that. I’m never going to doubt myself again Daddy!”

This experience seems to have instilled a great amount of self-confidence in Owen. How do you or will you continue to encourage this mindset?
Positive mental attitude is something that both myself and his mother practice with him on a daily basis. This is a great example for us to use when the next challenges in his life come up, and hopefully a great tool for others as well. Owen is a special kid with a big heart, so a lot of that excitement comes directly from him.

How does it feel to have a son that has inspired so many to follow their dreams?
This last week has been pretty silly. This is a small glimpse into our special boy’s
persona, and it’s great to think that so many others are enjoying who he is as well. And if at the end of the day other kids took their training wheels off, or a few adults took their “training wheels” off, we’re happy that we could share this moment with the world. It’s always great to be responsible for the smiles and laughter of others.

Thanks again for the inspiration Owen and Nick! Thumbs up for rock and roll. 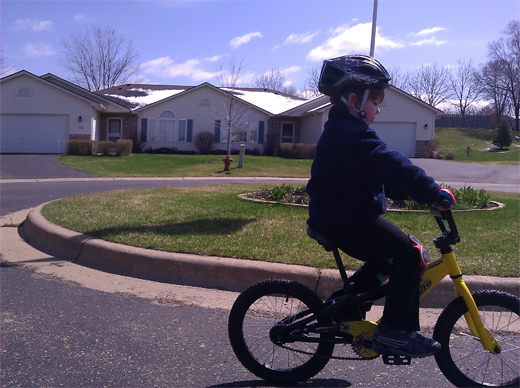 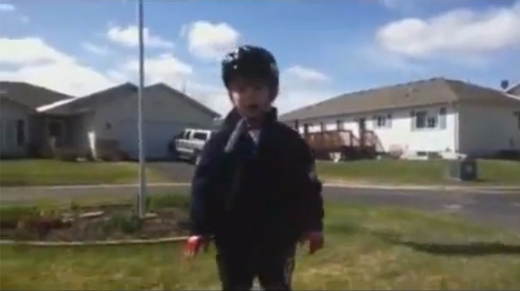 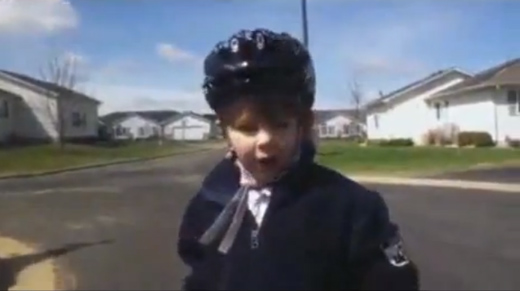 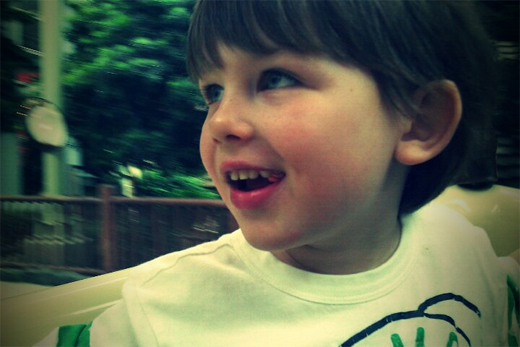