The Nonick 2011 Conference focusing on tech and mobile was held last weekend in Bilbao, Spain. It’s an emerging conference promoting the role of technology and new media in developing new areas of Spain’s economy. Nonick is hosted by EiTB, which is like the Basque version of NPR, providing multiple television and radio channels in the Basque and Spanish languages. Officially, as an international conference, Nonick is all in English, but with a very high percentage of attendees from Spain it’s also a good chance to practice your Spanish. I lived in Madrid about 9 years ago, and was excited to be able to carry messages of design for social media back across the Atlantic to share with a Spanish audience. 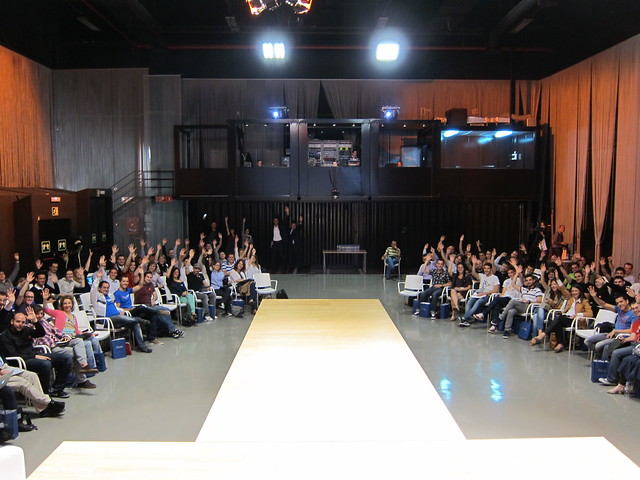 A variety of tech pundits took part, including Jason Titus, the CIO for Shazam from the London office, Tristan Nitot – cofounder of Mozilla Europe, Zach Golden from “whatthefuckshouldimakefordinner.com“, and Ben Medlock the co-founder of TouchType Ltd. Participants were treated to stories of success in terms of buzz marketing, organic spread of information using social platforms, and even live Skype conversations with journalists from the middle east who are covering the revolutions occurring there and relying on social media to keep themselves both safe and informed. 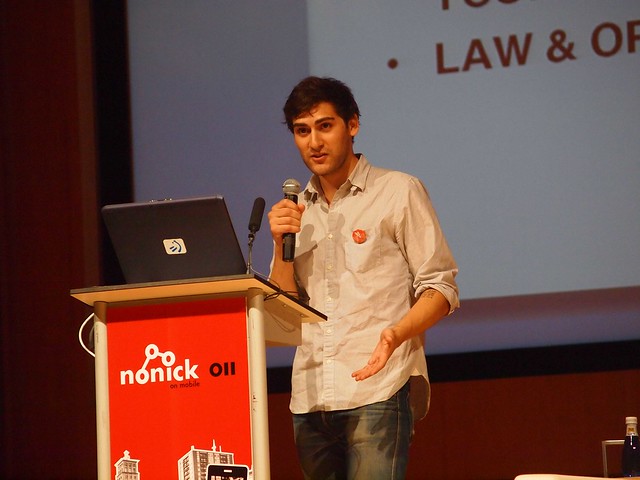 As always with a trip to Spain the hospitality was amazing, and the food was unbelievably good – the innumerable types of ham, pintxos and other Basque delicacies will not soon be forgotten. Additionally all the speakers were given their very own Txapelas after speaking – beret-like hats traditional to the Basque region. 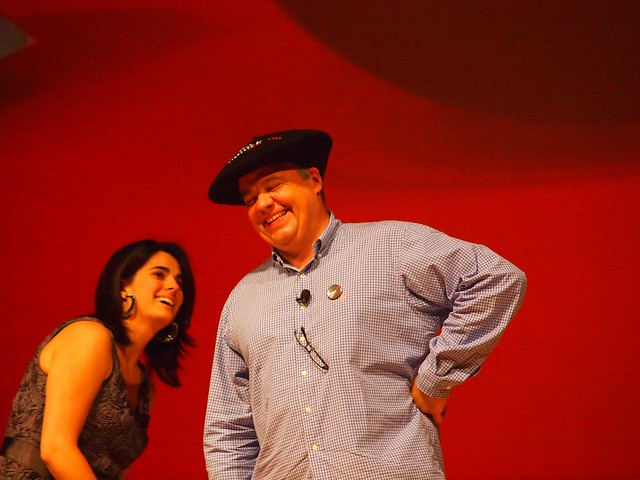 Spain is a market similar to many others where mobile penetration is high, but web usage, smartphone and app penetration are much lower than here in the U.S. Consumers have long been using mobile phones for communication, but an average restaurant, bar, or other feature – especially on a local scale – is not as likely to have a web presence. This creates a situation where there can be an even larger gap between the early adopters and the general public in terms of comfortability and understanding of using the web and modern mobile features. 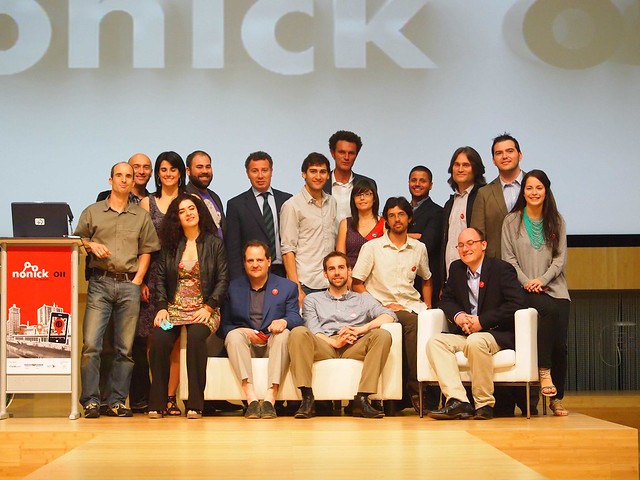 Jesse Thomas and I represented JESS3 and helped to add a focus to designing the user’s experience. No matter you are trying to create, build, spread or activate, it is important to keep in mind who the target audience is and work to design the experience you are creating from start to finish to maximize interaction and incentive to share, while minimizing barriers to doing so. We used our time on stage to get attendees thinking about the success stories they were hearing about, and what aspects of those successes could be used or adapted for their own situations. 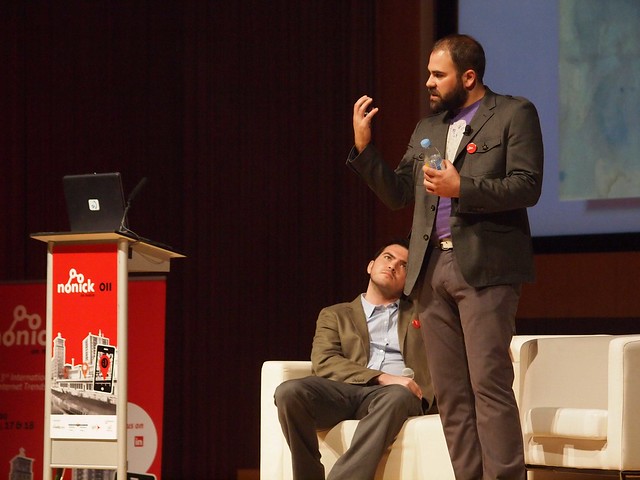 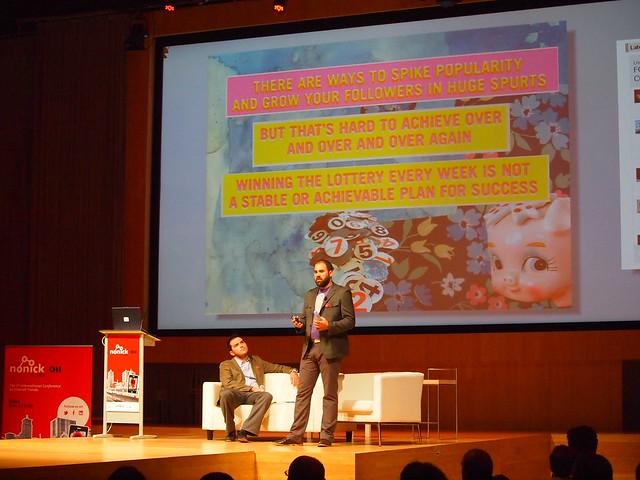 One of the core concepts was about making information snackable. Using data visualization or other means to create useful pieces of information that tell a story (rather than just state facts) and do so in a way that is easily digestible and shareable is a great strategy that can lead to increased interaction with users, and the spread of your content further into consumers’ social graphs. Jesse and I wanted the attendees to understand that anything can be a “social object” – or a thing that people can talk and have opinions about, but it’s important to actively think about things as social objects in order to determine whether they’re appropriate for an audience, or need to tweaked, or framed in a certain way to be received better. 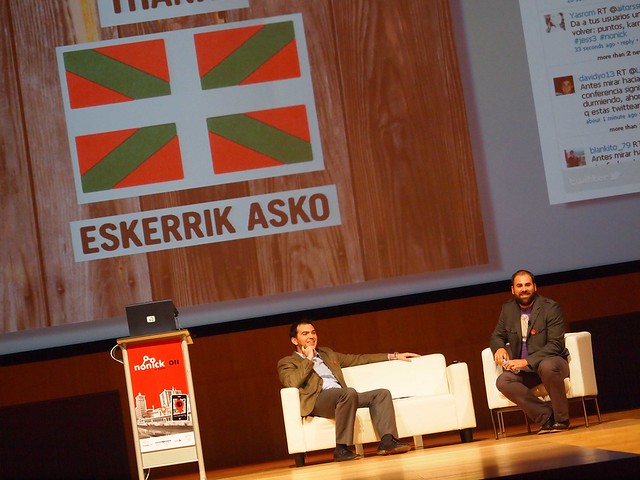 Beyond snackability, adding game mechanics (even simple ones) to a system can further increase engagement and give users a reason to return for a second or third look at the product (or more even). 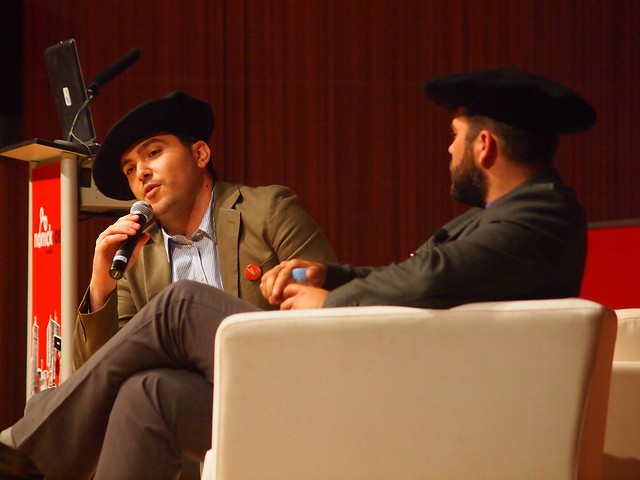 One Nonick attendee asked a question after Angry Birds was referenced as something that was benefitted by its dead simplicity in terms of reducing barriers to adoption and engagement. He wanted to know how he was supposed to do something like Angry Birds if he wasn’t trying to create a game. It was a great question – these are hard concepts to implement for sure. The main point of this presentation is to look and think critically when examining successful stories, and look and think critically when examining your own projects. These are general principles for what types of things you should be trying to foster and improve in something you are designing, as well as things to avoid. But if the answer was simple, there would be entire conferences devoted to learning more about it!

Curious about what we talked about? Check out our presentation deck below:

The World of Social Objects
View more presentations from JESS3