Zuckerberg faced a tough challenge. In recent years, many well-known tech titans have stepped up to the podium to deliver advice of their own. In 2005, Steve Jobs focused on the importance of trust in his speech to Stanford graduates. In 2010, Jeff Bezos stressed hard work and not taking anything for granted to Princeton grads. In this instance, Mark stepped up to the plate and chose to combine the advice of both Jobs and Bezos in his speech to Menlo Park’s eighth graders.

Before delivering his advice, Zuckerberg recalled his only eighth-grade memory: Mr. Walsh, his eighth-grade teacher, had an uncanny resemblance to a pirate. After briefly dwelling on a humorous moment involving Walsh’s eye patch, Mark continued on with the speech’s theme: “Eliminating the Words ‘I Can’t’.”

Mark outlined three key methods for his young neighbors–Facebook is soon moving to Menlo Park–to avoid “succum[ing] to the word[s] ‘I can’t’.” First, Mark stressed, “everything that is worth doing is pretty hard”– a value that we here at JESS3 take to heart. Second, he emphasized, “focus on building great friendships and people that you trust,” so that when things do get tough, you have somebody edging you on. And third, “just do what you love.”

While the speech was not Oscar-worthy, and a few bloggers noted Mark’s grammatical mishap (“There’s no shortcuts”), he still makes some good suggestions. Understanding the value of hard work, the importance of friendships and following your dreams has clearly worked for Zuckerberg. 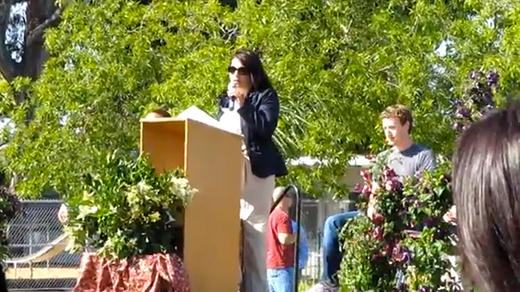 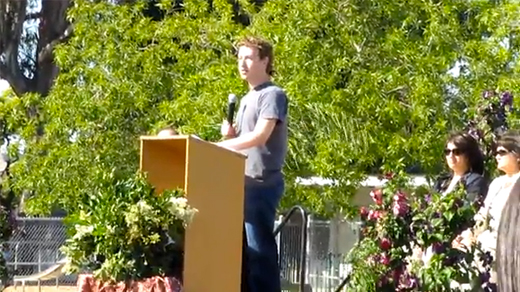 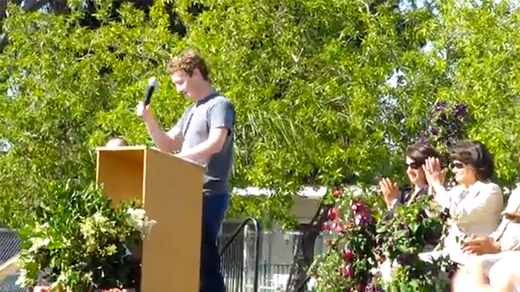