Because things change so quickly in the world of the wide web, we’ve decided to give a little update to one of our favorite project from last Summer, The Geosocial Universe Infographic. 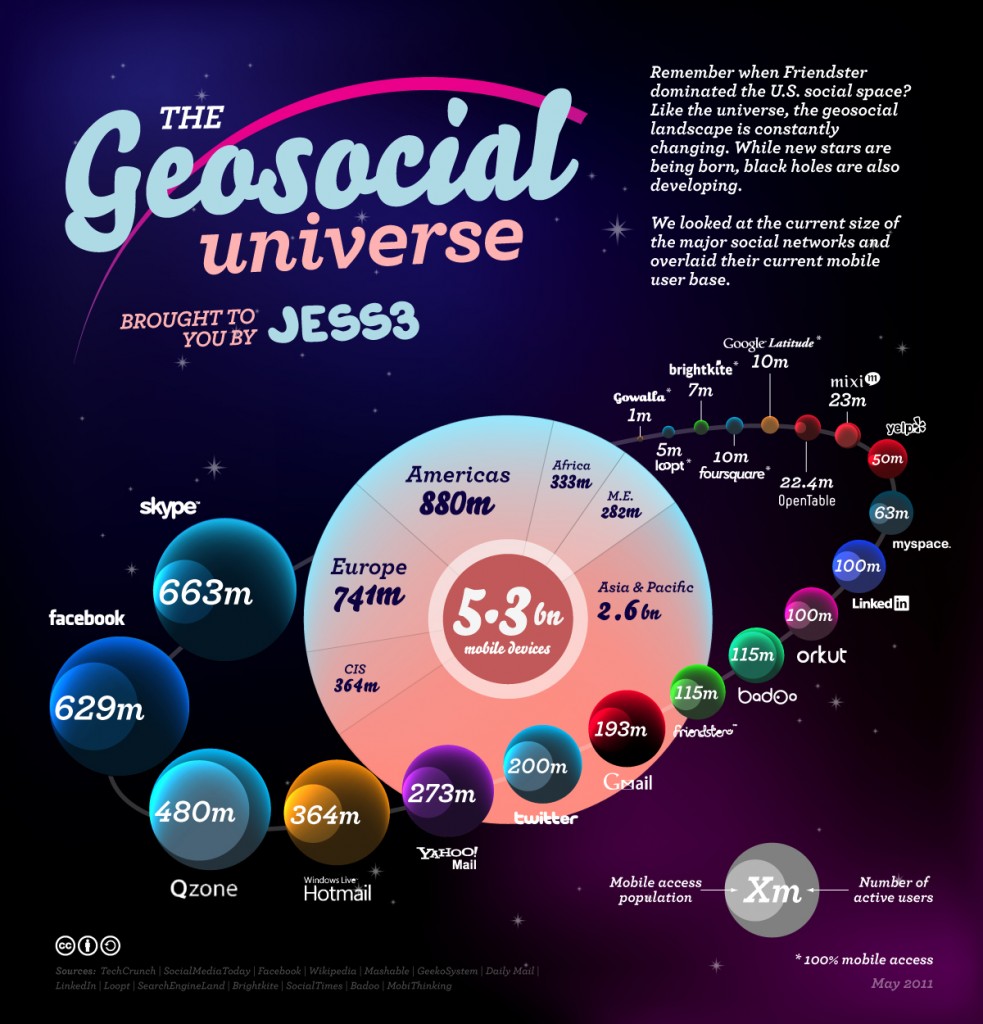 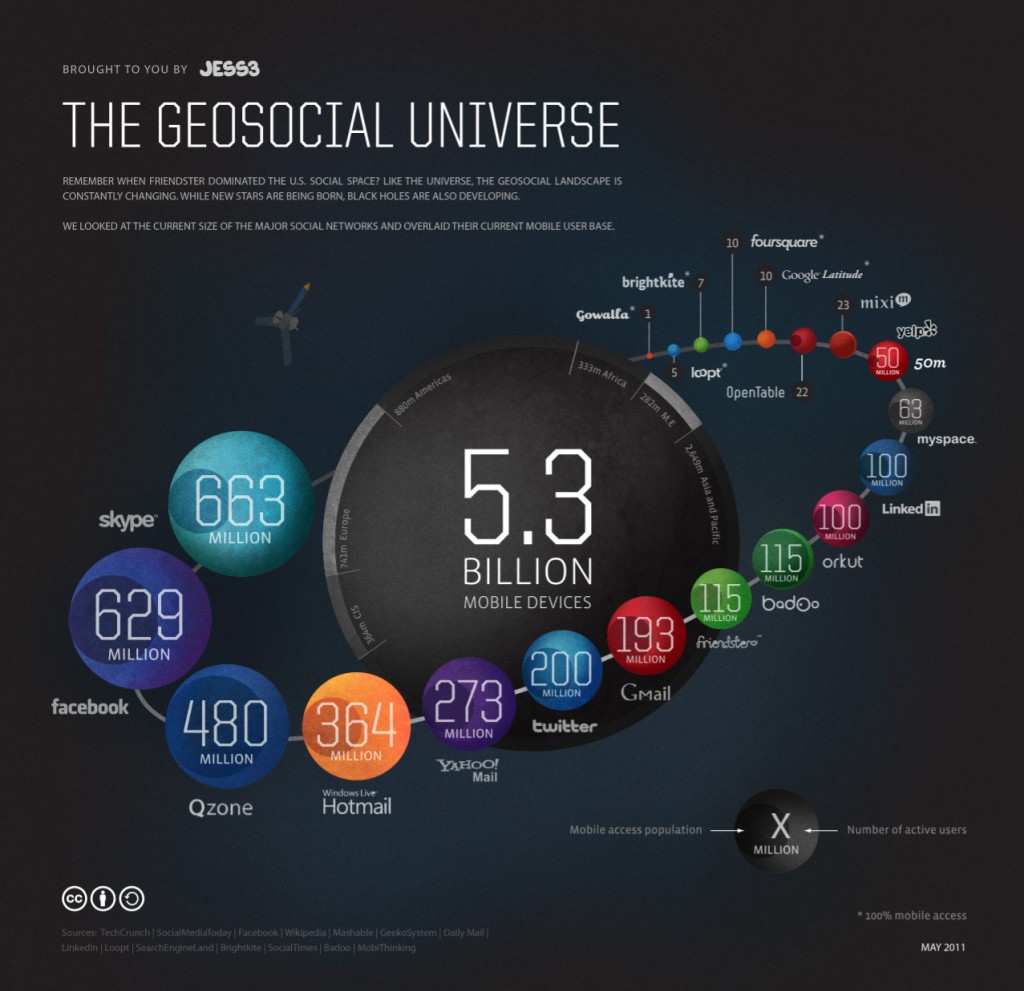 *Smartphones: 21.8 percent of all mobile devices are smartphones. Despite what one might think, Apple does not top the list in sales—Nokia does.

*Skype: Mobile usage continues to increase thanks to Skype’s wise investment in apps and its mobile platform.

*Yelp: Yelp is topping 50 million unique visitors per month. Its move to team up with OpenTable earlier this year will only increase its relevancy.

*Foursquare and Gowalla: These geosocial specialists are still growing, but growth seems to be slowing down a bit.

While you’re here, check out our Slideshare deck, which includes some of our initial sketches and designs that didn’t make the final cut: