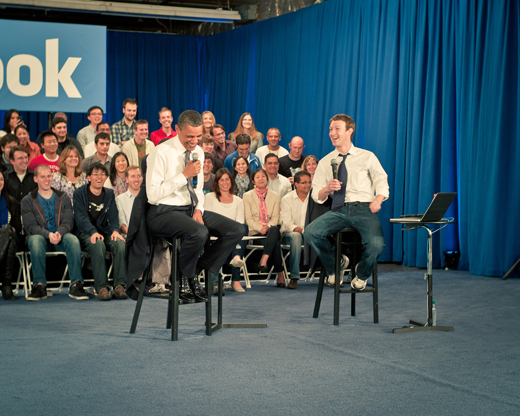 On Wednesday, I was fortunate enough to be invited to President Obama’s Town Hall at Facebook’s Palo Alto headquarters to talk about shared responsibility and shared prosperity. The conversation was moderated by Facebook founder and CEO Mark Zuckerberg. President Obama answered eight questions, both from the audience (three Facebook employees) and from viewers online.

There were three parts to the Town Hall. The first part was President Obama taking questions and holding his formal Town Hall. The second part was a “Women in Technology” panel featuring Sheryl Sandberg (COO of Facebook), Jocelyn Goldfein (Director of Engineering of Facebook), Theresia Gouw Ranzetta (Partner at Accel Partners), and Jessica Herrin (Founder and Chief Executive Officer of Stella & Dot). The conversation was moderated by Valerie Jarrett (Senior Advisor to the President at The White House).

The third part, which was I was very excited for, was a panel about the Startup America Partnership featuring Austan Goolsbee (Chairman of the White House Council of Economic Advisors), Michael Schroepfer (VP of Engineering at Facebook), Lynn Jurich (Co-Founder and President of SunRun), Raissa Nebie (Co-Founder and Chief Executive Officer of Spoondate), and Adriana Neagu (Co-Founder and Chief Executive Officer of Formotus). The panel was moderated by Scott Case (CEO of the Startup America Partnership).

Overall, the event was overwhelming. Seeing how JESS3 is based in Washington DC — and I come quite often to DC — I’ve seen the motorcade and other politicians, but I have to admit seeing our Commander in Chief in person sort of blew me away.

President Obama focused a lot of his time talking about investing in the future, especially with education and renewable energy, as well as the budget and coming out of the recession. There were only a few times when I felt the purpose of the Town Hall was really for Obama’s re-election campaign, and less about connecting with the audience on issues like technology. 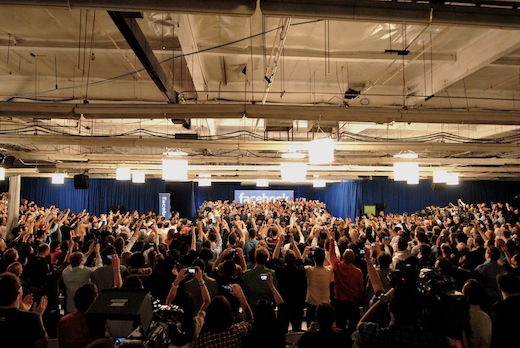