New York filmmaker Kirby Ferguson has released two out of four installments of a documentary series analyzing the lack of originality in popular culture entitled “Everything is a Remix.” In the first of the two, Ferguson examines remixing in the environment the term is most often associated with: the music industry. Did you know that a large part of Led Zeppelin’s body of work was borrowed and inspired by other artists, all of which went uncredited? Yes, “Stairway to Heaven” too.

This immediately made me think of a quote by Jim Jarmusch that started popping up on my Facebook news feed about a year and a half ago:

At the time the quote surfaced, I found it most interesting that the people who were proudly posting it included some people I had already mentally accused of being unoriginal, whatever that may imply. For example, while visiting one of New York’s Art Fairs last Spring, I came across a painting which I was sure had been executed by an acquaintance of mine, but upon closer inspection, found it was signed by another artist. Confronted with the recognizable similarities, the acquaintance in question thanked me for the flattering comparison and called the Art Fair artist a friend and inspiration. He posted the Jarmusch quote a few weeks later. 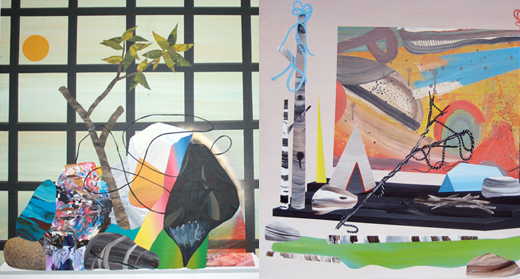 Ferguson promises to release the third and fourth installments of his examination of the remix in Spring of 2011. If you’d like to lend a financial hand, he is taking donations on his site.