After splitting my childhood between Paris, France and Dallas, Texas, I long referred to myself as “French Texan” – an unusual blend of classy and country I proudly attributed my every quirk to. But now that I’ve lived in New York City for over 5 years, I question my allegiance to the Lone Star State ( it is, after all, the place that debuted “Fried Beer” at its most recent State Fair.) Perhaps the inner conflict I’ve always felt about my cultural heritage is no longer Beret vs Cowboy Hat but somewhere along the more nuanced lines of Les Champs-Élysées vs Broadway.

That’s why I instantly fell in love when I recently stumbled upon French art director/graphic designer Vahram Muratyan’s blog “Paris vs New York, a tally of two cities”. The two-week old blog depicts “a friendly visual match between those two cities, as seen by a Parisian-based-and-lover on New York.” Espresso vs Americano, Godard vs Woody, Rolands Garros vs US Open, each charming diptic illustrates the oft-debated similarities and differences between two of the world’s most captivating cities. 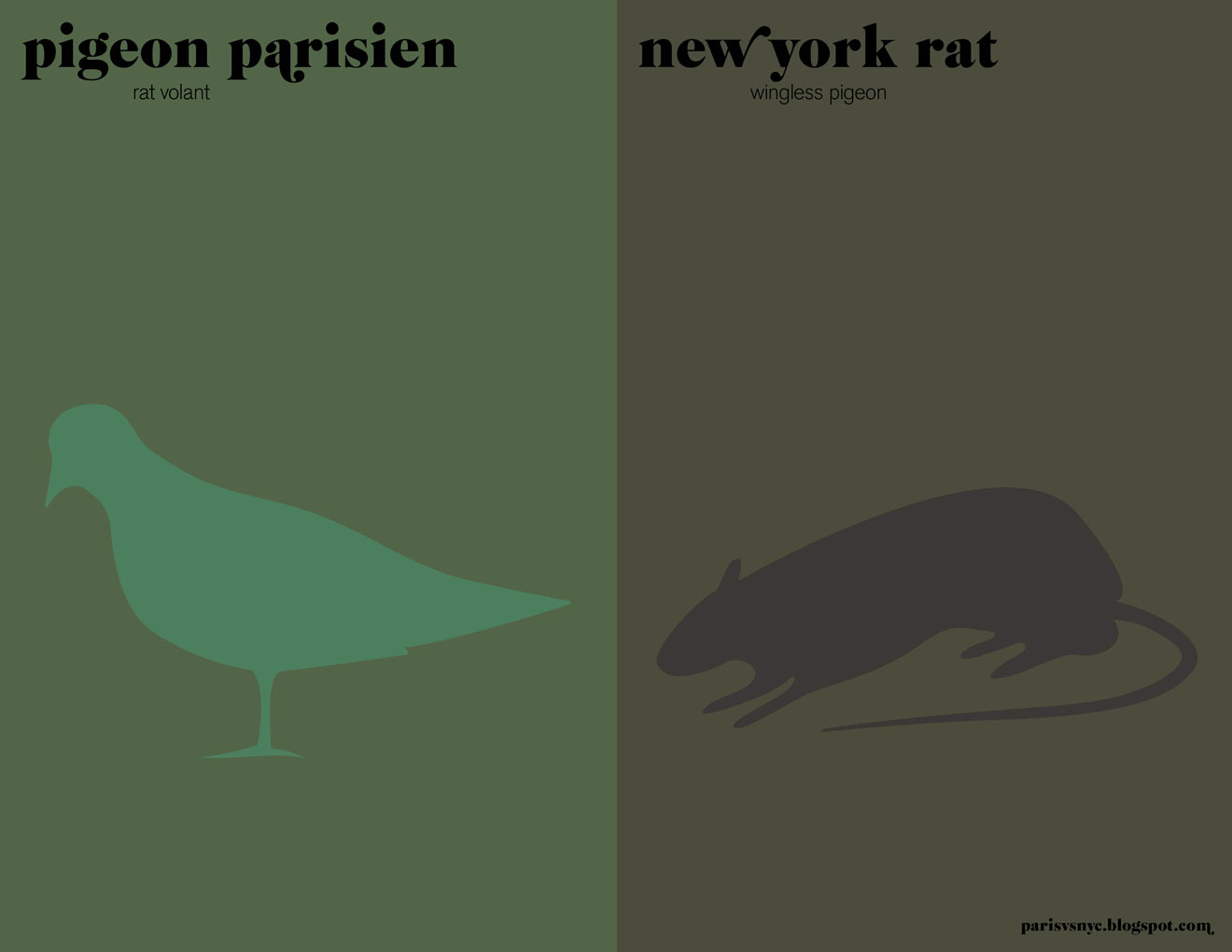 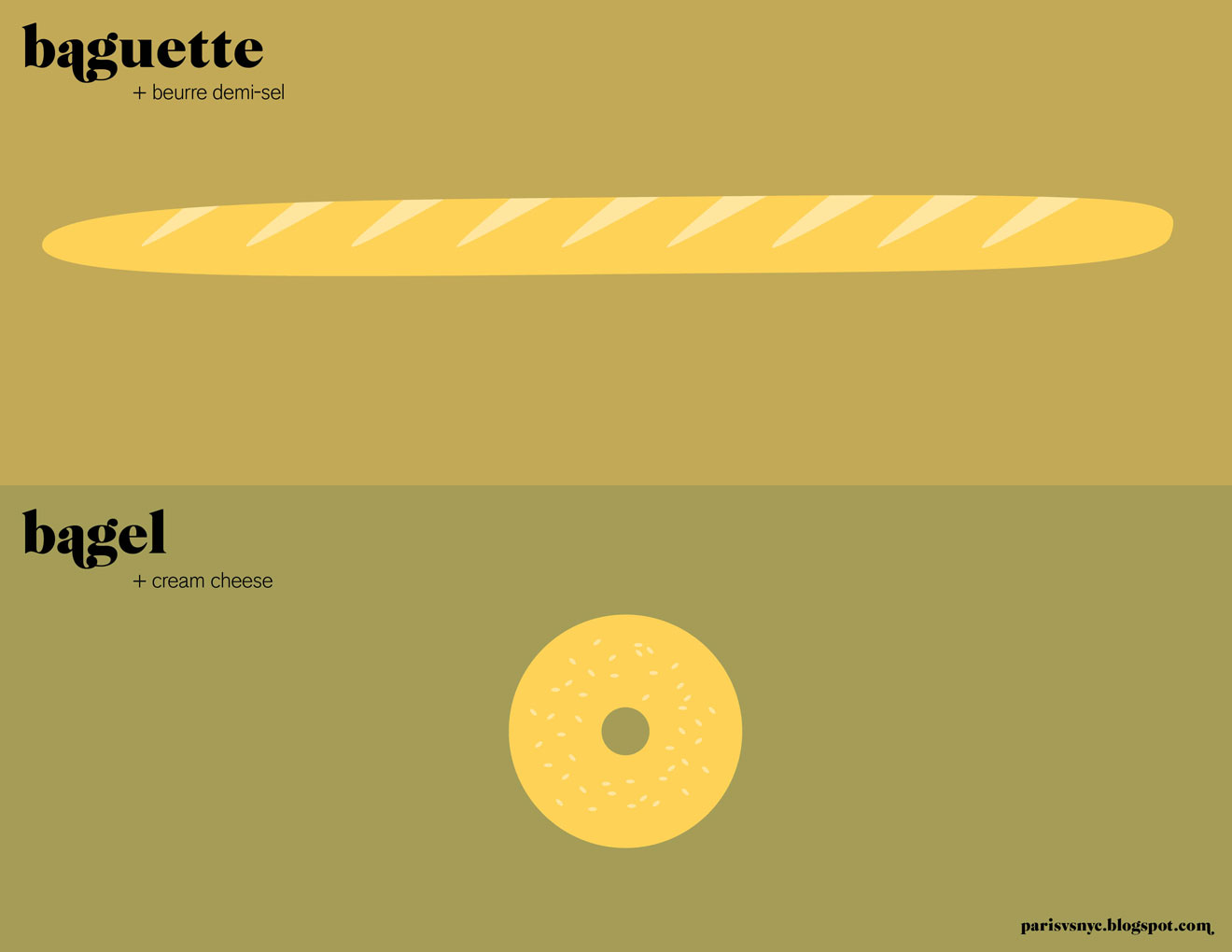