At JESS3, we’ve been working through an infographic challenge: trying to accurately depict the size of the key players in the geo / social space. Tonight (technically, early this morning) we wrapped up what we are safely calling “v1” and launching it! 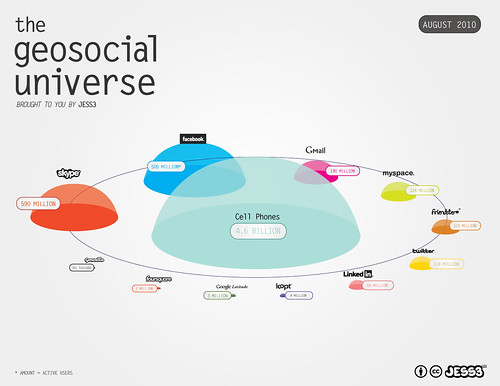 As our founder Jesse has shared in his “Why Foursquare Sucks” rant and in his op-ed of sorts on Mashable titled Why Location-Based Social Media Needs to Get “Passive” Aggressive, we are pretty serious about thinking through the implications, opportunities, players and future of geosocial networking / location based services.

Not only have we been doing our research, but we’ve also been tweeting, TwitPic’ing and Facebooking with friends, colleagues and employees of many of the platforms themselves to get feedback and input on how best to capture and depict the geo / social phenomena taking mobiles and social platforms by storm. We will continue to iterate, take feedback and improve (as we have done with projects like the Conversation Prism with Brian Solis). We’ve gone ahead and posted our initial drafts up on Flickr. Here’s what they look like, in chronological order starting on August 6th through August 19th. 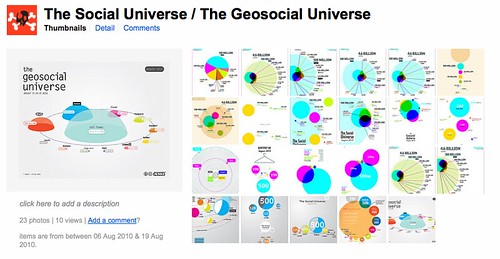