The great thing about launching early and often in the social web is that you get feedback as quickly as you can release something.

And so as the week draws to an end, if you can equate views as votes, then you can say that the people have spoken.

The Geosocial Universe (v1) that we blogged about on Thursday has received 318 views on Twitpic.

Launched at the exact same time, the Geosocial Universe (v2) that we have been watching catch fire on Twitter has received 4,686 views on TwitPic.

We will continue to iterate, but for the time being, we give you v2! 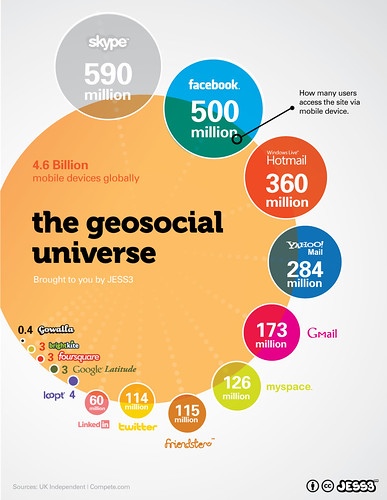 Many thanks to all who have helped spread the word on their blogs… the coverage so far is saved on our Delicious account (Tag: JESS3_GeosocialUniverse).