We recently switched over to jes3.com as our short domain for links. I noticed something, people are more likely to click a bit.ly or twit-pic link than any other link.

My theory is that users have become accustomed to seeing bit.ly and twit-pic as number 1 priority information, and everything else as priority 2. Most users have becomes overwhelmed with urls in ads and promotions, to the point they see them as just information for later, if im interested in what you have to say now. What has happened on twitter is, as more communication happens at such a fast rate on such a regular basis, your mind scans things at a different pace. 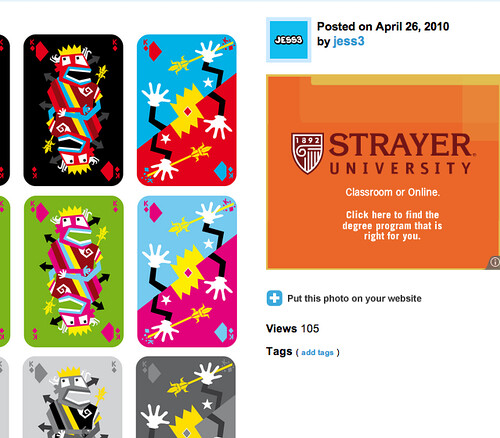 other factors at play,

1. by using our jes3.com domain, people might be inclined to think we are promoting something that is outside of the typical priority 1 information.
2. twit-pic has a homepage featuring the live traffic, and lots of people hit that page, which will explain the bump in views.
3. twit-pic and flickr, include image thumbnails with their links so clients like tweetdeck support that by showing a preview image, which might cause more people to see that its the real deal and click on it.