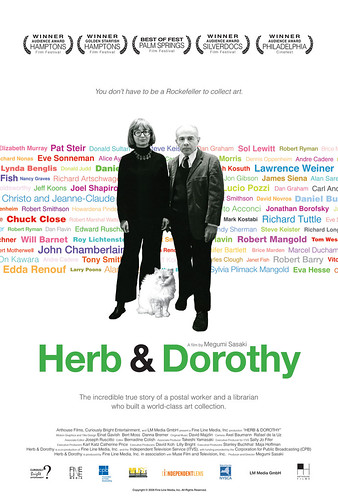 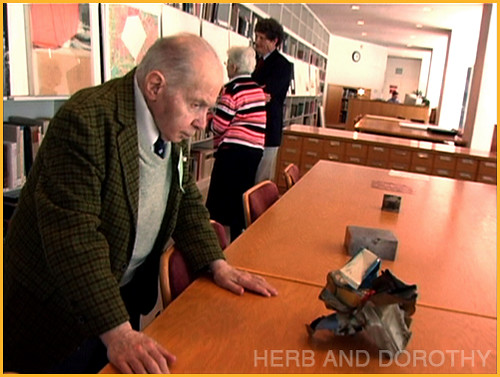 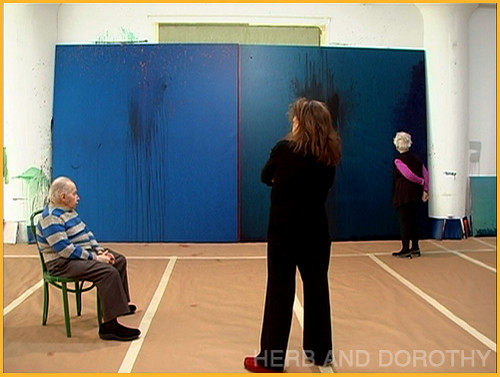 “Opening this Friday is Megumi Sasaki’s documentary about Herb & Dorothy, two of the most inspirational people a collector like myself could ever come across. There’s nothing I’ve ever wanted more than to own a Rothko or one of Barnett Newman’s Stations of the Cross, but that sort of art collecting has been relegated to wealthy corporations or in the know rich socialites… well usually that is. Enter Herb and his wife Dorothy, a postal worker and librarian who armed with simply astute eyes for talent and challenging work began amassing in the 1960s an impressive collection of who’s who in Modern Art, all on a shoe-string budget which was then hung entirely in their small NY apartment.

The greatest thing about the two of them is they chose never to sell any of the pieces. Work whose worth could have easily catapulted them to the ranks of the upper class had they chose to part with it. But Herb & Dorothy chose to hold on to the whole collection until donating most of it to the National Gallery along with a variety of other museums across the country. Now that’s true love and dedication for a medium.