The impatient and hungry tech-heads of London have been given a new treat with the launch of Inamo, a pan-Asian restaurant that has canned the traditional printed menu in favour of an interactive ordering system. An illustrated menu is projected onto the diners’ touch-sensitive table, which also lets customers personalize the décor of the booth by selecting sounds and animated, projected table ‘cloths’. While waiting for their meal—the pan-Asian menu was created by head chef Anthony Sousa Tam, previously of Nobu, Ubon and Hakkasan—diners can use the touch-table to watch a live feed of their chefs at work, or to find information on what’s happening in the neighbourhood. Should the evening be going well, courting couples can use the system to book a taxi home, or if the evening descends into kill-me-now silence, rescue is at hand in the form of the system’s built-in games.

The restaurant’s inspiration came from the founders’ frustrations at inattentive waiters when dining elsewhere. However, this doesn’t mean Inamo is devoid of the human touch: food is brought to the table by staff members, who are also on hand to answer diners’ questions. The restaurant’s designers also wisely avoided a tech-inspired décor, instead creating a look that’s fresh and attractive, with technology offered not as the main course, but as an integrated enhancement. 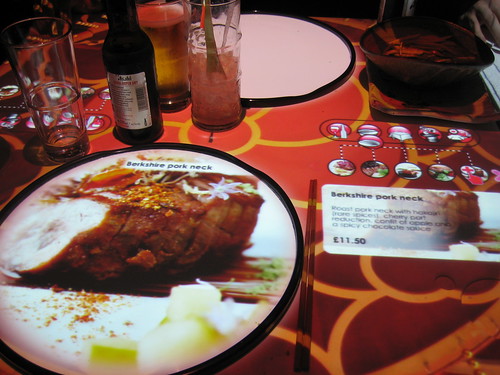 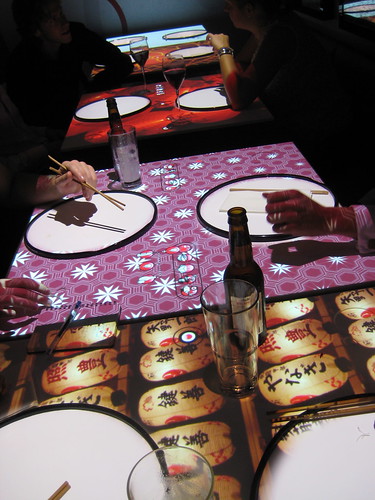 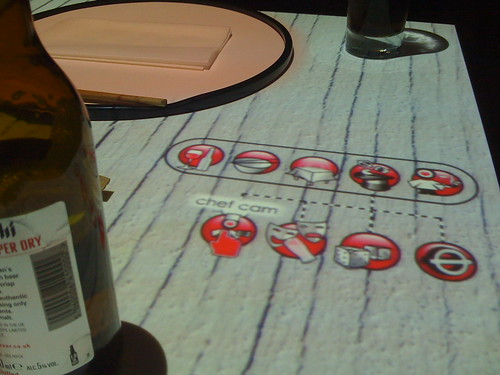 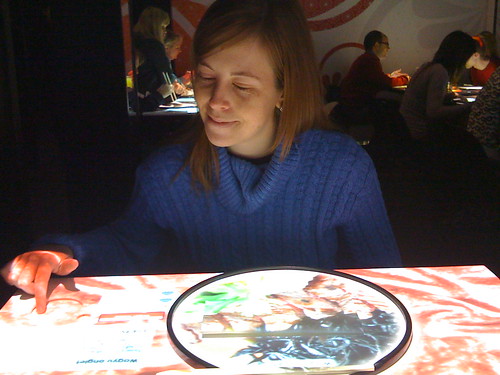