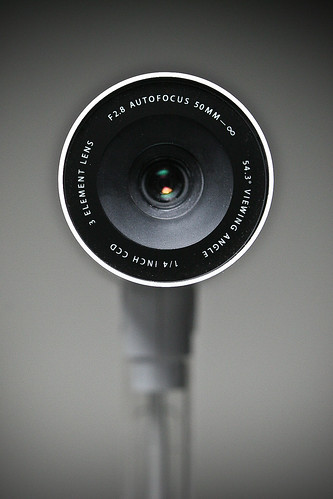 I was just thinking about what a TV experience might be like in the year 2030. Consumers at this point in time will be so cluttered with media choices, they will value personal connections very highly. One thing that will continue to entertain families around the world are comedians, a comedian typically performs for a small crowd and will spend a good portion of his life in hole in the wall dive clubs and never make any real money. The good comedians of course come up the ranks and emerge with their own clubs and shows to leverage this under utilized talent pool known as “performers”. In the future, the concept of Television will be much different than how we are using it today. More people are watching content alone than ever before. We need to find ways to connect those lone viewers to connect with community in ways that fully utilize the potential of social media.

Imagine you sit down on a Thursday night with your family and you turn on the “comedy” channel on your media unit (formerly known as tv)- you then are able to choose from a selection of comedians. The comedian is standing there waiting for you to choose him to perform for your family. When you select a comedian based on data on the screen you are clicking through, the comedian is given the data of all the people in the room.. {Dad is in defense, mom is a house wife that only like PG humor, the kids are 5 and 8 and like Harry Potter more than anything..} A lot of customer preferences are available for the performer to tap into. The performer then uses this set of profiles and uses that in his material. He is commenting on recent trips, and recent journal (blog) posts from the family.

So if you are still with me, imagine the kind of culture that will be built around these workaholics, the personal nature of the performances will create a marketplace for this new talent. Imagine a small play troop that does plays using this platform? and of course the global market place of performers opens up all sorts of interesting opportunities.

Another vision I have, is that American Idol style championships will be held via your living room. Performers are scrappy, they will take work any way they can get it.

Another thing that will influence the TV experience is the use of live blogging functionality, in all its glory. The concept of chatting in real time during the Super Bowl, using text, and video conferences with other public viewers. The concept is explored by some companies uses of the virtual world “SecondLife” and the community around Wikipedia. Imagine if while watching the State of the Union (delivered by Obama IV) you are able to read what other people are thinking as things are being said, and if you want to just watch the boring straight video feed without the headline news ticker style conversation. Mystery Science Theater 3000, is a show from the late 90s where they took a corny movie from the 50s, and had 3 comedians talking over top of it. The show was a cult hit.

XBox live, for those that dont know; is a function of the XBox gaming platform (by Microsoft) it allows for the user to play games thru its internet terminal. You can also get a headset w/microphone and talk with other gamers while you play.

CNN I-reporter, does a great job of setting guidelines of what they want from consumer generated media.

Think about the CNN experience in the future, it will have many more regular people featured as correspondents. Anyone that wants to sign away rights to show their image on tv can become a pundit. In fact we are already very close to this. Imagine a political blogger that has a camera on top of his TV (installed like on the Mac laptops) that was utilized for other things (communication like a phone)