Nike is launching a print campaign for its ACG winter clothing range that uses sculpture to physically represent the fluid movement of professional snowboarders and skiers.

The campaign will include nine executions created by Wieden & Kennedy Amsterdam, which show members of the Nike ACG team, including X-Games medallist Andreas Hatveit.

Alvaro Sotomayor, Wieden & Kennedy creative director, said: “With the new Nike ACG campaign, we decided to override what seems to be an industry advertising standard of ‘show midair shot of rider against snow and a clear blue sky, add name and logo — done’. The idea was to transform our rider’s move, a moment of brilliant physical performance, into a lasting piece of tangible reality.”

Wieden & Kennedy said it wanted to avoid using multiple photographs to statically represent moves by the skiers and snowboarders, so it filmed each rider’s move on video from two camera angles.

At the same time, a photograph of the rider was taken. The imagery was combined to create a 3D representation of the entire stunt, which in turn was used as the basis for a physical sculpture, crafted from the same materials that snowboards and skis are manufactured from.

The still of the rider was combined with the sculpture and superimposed onto the backdrop of the French Alps. 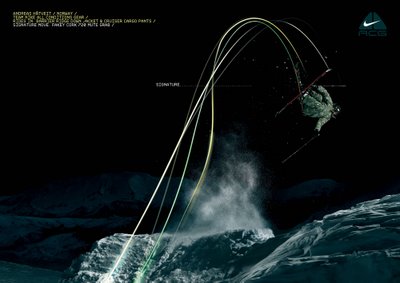 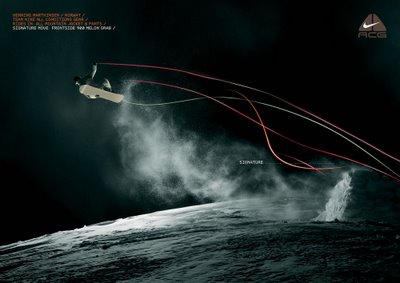 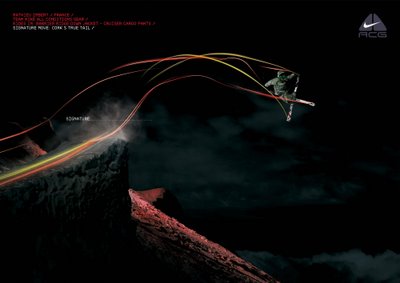