A marketing agency has launched a scheme to pay students who turn their foreheads into advertising billboards. 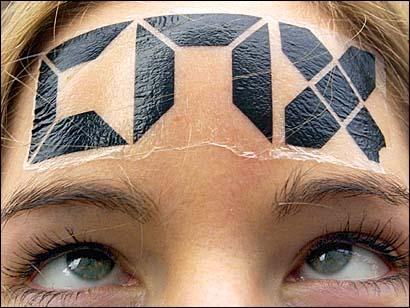 Cunning Stunts is offering students up to £4.30 an hour to wear a corporate logo on their head for a minimum of three hours each day. The brand or product message is attached by a vegetable dye transfer. The ForeheADS campaign has been launched in London, Leeds, Glasgow and Cardiff. Youth pay-TV channel CNX has signed up to the scheme.

A 20-year-old US man is selling advertising space on his forehead to the highest bidder on website eBay.

Andrew Fischer, from Omaha, Nebraska, said he would have a non-permanent logo or brand name tattooed on his head for 30 days.

“The way I see it I’m selling something I already own; after 30 days I get it back,” he told the BBC Today programme.

“The winner will be able to send me a tattoo or have me go to a tattoo parlour and get a temporary ink tattoo on my forehead and this will be something they choose, a company name or domain name, perhaps their logo,” he told the Radio 4 programme.

On the online auction, Mr Fischer describes himself as an “average American Joe, give or take”.

His sales pitch adds: “Take advantage of this radical advertising campaign and become a part of history.”

Mr Fischer said that while he would accept any brand name or logo, “I wouldn’t go around with a swastika or anything racial”.

“Other than that I wouldn’t promote anything socially unacceptable such as adult websites or stores.”

He said he would use the money to pay college fees – he is planning to study graphic design.

The entrepreneur said his mother was initially surprised by his decision but following all the media attention she felt he was “thinking outside the box”. 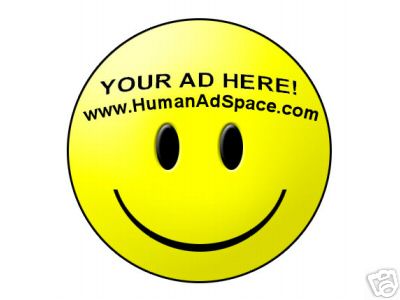 *ADVERTISE YOUR LOGO OR WEBSITE DOMAIN ON MY FOREHEAD!*

LOOK! *Prime ad space! ADVERTISE ON MY FACE!* MUST SEE! 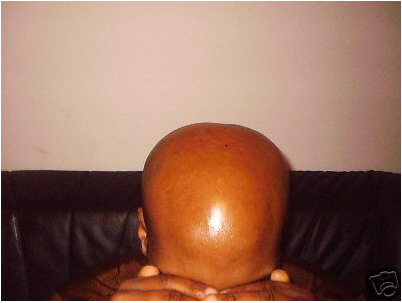 ADVERTISE ON THIS GUY’S BALD HEAD!